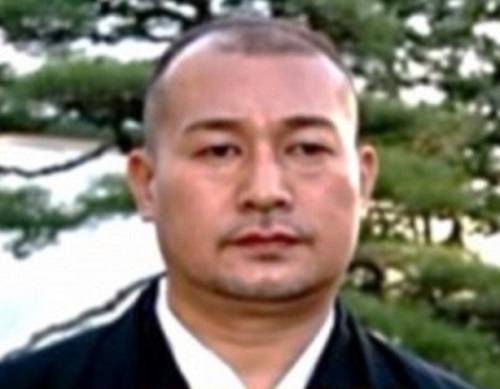 Japan’s Yakuza gang war is heating up. Tatsuyuki Hishida (photo above), leader of Aioh Kai, an affiliate of the Yamaguchi-gumi, was bludgeoned to death on Sunday afternoon, Japanese newspaper Mainichi Shimbun reported yesterday. The 59-year-old Yakuza boss was found with his hands and feet bound by plastic cable ties.

He was found by his wife and staff at the entrance of his second home in Yokkaichi city of Mie prefecture, in western Japan.

Hishida’s murder is seen as the latest sign that a Yakuza gang war is raging through the country. On August 27, Japan’s largest criminal organization, the Yamaguchi-gumi, split in two factions after thirteen affiliate Yakuza leaders in Kansai failed to attend a meeting to discuss moving Yamaguchi-gumi headquarters from Kobe to Nagoya.

Since then, the Yamaguchi-gumi is at war with its thirteen renegade clan leaders and their underlings who have named themselves Kobe Yamaguchi-gumi, after the city they wanted the headquarters to remain in.

The Yamaguchi-gumi has been here before. In 1984 the group broke up in two factions as well. That time because it couldn’t agree who it would name boss. During the following three years, as bombs exploded in several cities and Yakuza hitmen roamed the streets, 25 people were killed and 70 were injured.

After the split in late August of this year, both groups began recruiting new members and stockpiling weapons, police reported. Media outlets claim the first shots of the new war were fired at the beginning of October when a 43-year-old man was shot and killed in Iida City in Nagano prefecture. It is rumored the man wanted to leave a Yamaguchi-gumi affiliate and join the newly formed rival organization. Two days later arrested a senior member of a gang affiliated with the Yamaguchi-gumi on suspicion of his murder.

Most recently, late last month, Toshiyuki Kawaji, a 52-year-old boss in the Kuramoto-gumi, affiliated with the Yamaguchi-gumi, was found dead with a single gunshot wound in an office in the Minami entertainment area of Osaka.

As they say, to be continued…