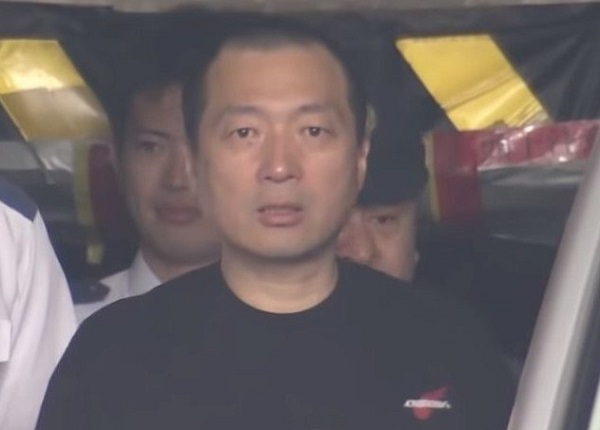 A wiseguy is always right. And so is a member of the Yakuza, Japan’s Mafia. So what do you do when you see one of them urinating in public on the sidewalk? Two pedestrians in Tokyo decided to speak up and warn the gangster to stop. Big mistake.

Around 1 a.m. on May 17, two Yakuza mobsters were enjoying a drink or two, or three, or… well fuck, who’s counting? 58-year-old Tadataka Horiguchi (photo above) and 52-year-old Takayuki Tanaka were enjoying a night out on the city, drinking wine like water. At one point, Horiguchi had to take a leak and went outside to piss.

There, on a road in the Taihei area of Sumida Ward, Tokyo, two pedestrians walked by as Horiguchi was urinating. They told him to stop this disgusting act. Annoyed, Horiguchi went back inside and told his drinking buddy what had happened.

This prompted Tanaka to pick up a wine bottle and use it on the two civilians, hitting both of them in the head with it. The two hard-drinking Yakuza gangsters were arrested this week and admitted their guilt.

Like most gangsters, members of the Yakuza live by their own rules. They are outlaws. But they are not above the law. Something they find out pretty fast after trying to live as an outlaw.