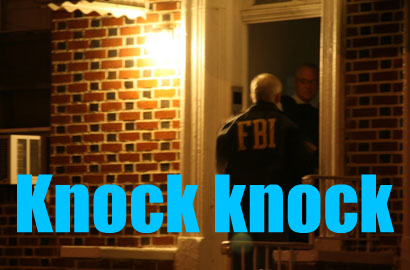 It was the largest nationally coordinated crime bust in the FBI’s history. Over 800 agents of the FBI together with local, state, and other federal law enforcement officers, took part in raids on the early morning of January 20. Carrying arrest warrants for 127 organized crime figures connected to the five New York La Cosa Nostra families as well as the New Jersey DeCavalcante Family and Patriarca Family from New England, they meant business in bringing the mob to its knees. But will this bust have the desired negative effect on the American mafia? Or is it just a minor hick up with mobsters taking plea deals that carry only a few months in prison?

As can be seen by reading the list of names, the family hit the hardest by this bust seems to be the Colombo Crime Family, which saw its entire leadership being swept off the street. The mob family has had a long history of internal power struggles and turncoats that have wreaked havoc on a once powerful and successful criminal enterprise.

Andrew Russo (right) is charged with racketeering conspiracy, and several counts of extortion. The FBI considers him the acting boss of the Colombo Family. Russo is a cousin of imprisoned boss Carmine Persico and has build up a violent reputation within the underworld. A Colombo turncoat once told about a dinner where Russo became irritated with one of the men at the table. He grabbed a fork and put it near the man’s eye, saying: “Look, when I tell you to do something, you do it, okay, asshole?” He then added: “The next time you fuck up, I’ll push this fork right into your fucking eye.” He later explained his actions to the soon-to-be informant: “If they fear you, they’ll lick your hand or kiss your feet. They’ll respect you. I’m a gangster, see. I can lie, and I can cheat, and I can kill.”

These kind of words have been uttered by many a mobster, but Russo seems to be the real deal. He is known as a cold-blooded gangster and a stand up guy who did several stretches in prison. Following his release after an eight year bid in a federal joint, he became the acting boss of the Colombos. At age 76, any sentence could mean death behind bars for the long time wiseguy.

Though the Colombo Family has been hit the hardest, other families took some hits as well. There were arrests within all five New York families. The Lucchese and Bonanno Families saw several associates pulled off of the streets, while the Genovese Family saw two made men and eleven associates placed in handcuffs facing racketeering charges that include union corruption.

The Gambino Family was dealt a bigger blow as it saw charges against two leading figures, two capos, eight soldiers, and twenty-two associates. The indictment alleges that the Gambino gangsters participated in racketeering, extortion, assault, arson, and running a large marijuana and cocaine trafficking operation.

Gambino captain and ruling panel member Bartolomeo Vernace, 61, faces the most serious charges of murder and murder conspiracy on top of the general bulk of racketeering counts. Authorities say Vernace is responsible for the double murder of John D’Agnese and Richard Godkin in a Queens bar on April 11, 1981.

Outside of New York, authorities brought charges against aging former New England boss Luigi Manocchio. He was arrested in Florida, and is accused of shaking down strip clubs in Providence, Rhode Island. In New Jersey, two soldiers of the DeCavalcante Family were indicted on racketeering charges that include possession of contraband cigarettes, extortion, and handling stolen property. "The notion that today's mob families are more genteel and less violent than in the past is put to lie by the charges contained in the indictments unsealed today,” said Janice Fedarcyk, assistant director in charge of the FBI’s New York Field Office. “Even more of a myth is the notion that the mob is a thing of the past; that La Cosa Nostra is a shadow of its former self.”

As authorities congratulated each other on a job well done, journalist Alan Feuer of the New York Times brings up an interesting point about this celebrated bust. In 2008, there was another historic mob bust that saw nearly one hundred mobsters from both New York and Sicily being placed under arrest. That bust, too, included the administration of a crime family.

Feuer writes: “No two mob busts — like no two snowflakes — are exactly alike; nor, as corporate lawyers tell their clients to say, do past results guarantee future outcomes. Still, in a spirit of criminal accountancy, it seemed to make sense to analyze the numbers and determine what actually happened the last time the government undertook what was described, in both instances, as the biggest Mafia sweep in recent memory. It has been three years since the arrests in Operation Pathfinder, as the 2008 case was called, yet only 17 of the 62 men charged in federal court remain behind bars. Eighteen have finished their prison terms — some less than a year in length. Five received time served and periods of supervised release, and 21 were sentenced to probation or community service.”

In short, one can wonder: is it all about the initial ‘photo op’ and press conference or is it about ridding the streets of vicious gangsters? Because if these thugs are out and about within one or two years after this historic crime bust, can it still be called historic?