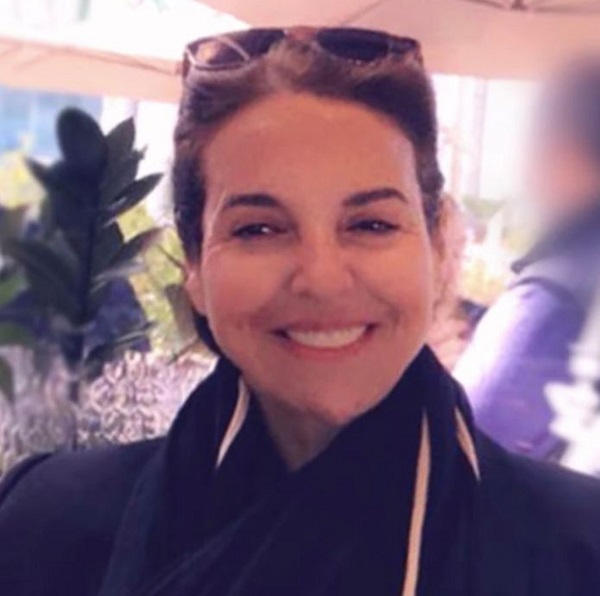 Women who climb to the top of the underworld remain a rare breed, but every now and then several manage to break through that glass ceiling. Among them Moroccan-Dutch drug boss Naima Jillal, dubbed “The Godmother of Cocaine” by the media. Just when police began finding out about her prominent position she vanished without a trace.

Jillal wasn’t a complete stranger to Dutch police. Born and raised in the city of Utrecht, the Netherlands, she was first arrested in 2005 and charged with making threats. In the years that followed she was busted for fraud, growing marijuana, and assault. In her defense, she told police that she was in a lot of debt and borrowed money from a lot of people. 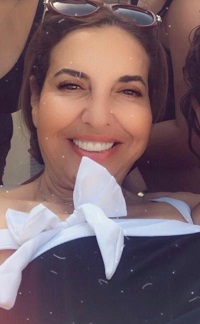 Just a woman down on her luck, trying to make it. But then, in 2014, she began popping up in several major drug trafficking conspiracies. Tons of cocaine were being shipped through ports in the Netherlands and Belgium in containers filled with fruit. Jillal emerged as the broker behind many of these lucrative shipments.

She achieved this because she had all the right contacts, she knew the right people in the right places. From the drug dealers on the streets to the drug bosses paying for the shipments and the drug lords in Costa Rica and Ecuador supplying the goods, the corrupt custom agents who were able to let shipments go through to the people transporting the stuff to its destination.

She was the spider in the web and by acting as a middle(wo)man between these contacts, she rose in stature and power. Because she was a lot older than many of the contacts she worked with, she was named “auntie” by her underlings and colleagues.

Operating out of the beach resort of Puerto Banús near Marbella in Spain where she lived in a luxury apartment, she enjoyed the riches that came with her job. She was mother to a son and would frequently take him on expensive shopping sprees in Spain and the Netherlands in which they would spend tens of thousands of euros on whatever they wanted. She even bought her son an apartment in the expensive Zuidas neighborhood in Amsterdam, the Netherlands. 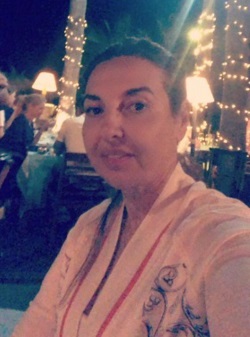 “Everything is fucked now”

Then, on May 30, 2016, shit goes bad. Using encrypted phones, an alleged drug boss sent Jillal a text message: “Those containers are gonna be scanned. We are fucked, auntie. We can’t get to them. This is about a lot of money and long prison sentences, auntie. Everything is fucked now.”

One of these containers was filled with 4000 kilograms of cocaine hidden among a load of pineapples from Costa Rica. For some reason, customs at the port in Rotterdam received a tip and they planned to scan these containers to see what was inside. When they did, they found the load.

“We have to do some damage control,” Jillal texted back to the worried drug boss. “We will just put out a new story.” The drug boss answered: “Agreed.”

Apparently, the new “story” worked. Jillal continued bringing in shipments. But things were not well. Stories later emerge about Jillal in which she is accused of fleecing drug bosses. She offered gangsters to buy into a piece of shipment. This meant that drug bosses were able to spread the risk if a load was caught. But Jillal would allegedly bring in more buyers than was needed. She would than tip off the load to authorities and pocket the cash. Whether true or not, these type of stories are an indication that her position within the underworld was coming under serious pressure.

In October of 2019, 52-year-old Jillal underwent a stomach reduction. According to rumors, because she had enough of people calling her fat. She needed rest to recover, but business is always calling. For unknown reasons, she traveled from Spain to the Netherlands that same month.

On the evening of October 20, she was picked up by a car in front of her luxury apartment in Amsterdam. It is the last time she is seen or heard from.

Since her disappearing, there have been many rumors. Multiple crime groups were keeping an eye on her – and not to keep her safe from harm. Some people said she was playing a double role for various rival crime groups, some claim that she might have been working as a police informant.

All pretty good reasons for any gangster to have her killed. This outcome becomes more likely when police put out a report that gruesome photos of a dead Jillal are circulating in the underworld. These photos allegedly show her lifeless corpse cut up in several pieces.

UPDATE: On April 25, 2022, prosecutors in the case against drug boss Ridouan Taghi presented evidence they claim was taken from Taghi's encrypted cell phone. The evidence consists of one photo showing a naked woman bound to a chair. On her belly lay a cut off thumb or finger and a toe. A second photo shows the woman lying on the ground on her stomach. Metadata shows the pictures were taken on the night of Jillal's disappearance. Though it has not been definitively determined whether the woman is indeed Jillal, prosecutors suspect it is.

Taghi's lawyer denies her client has anything to do with this murder and says it is unclear how these photos ended up on this phone.