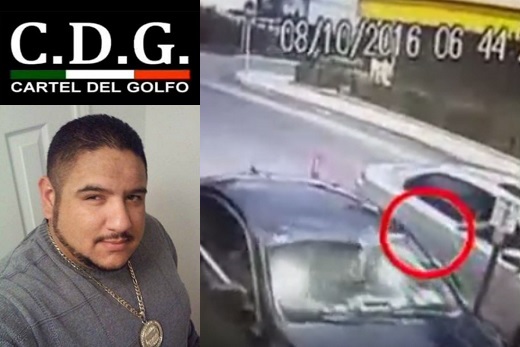 Another deadly night in Mexico. When 35-year-old Manuel “El Manny” Cardenas Medina (above) pulled up his Mercedes Benz to the entrance of his home in the La Escondido neighborhood in Monterrey on October 8, he was almost safe. Hell, the security guard almost waved him through the gate. But then an assassin pulled up alongside his car and fired several shots, killing the young cartel player.

As Cardenas Medina was shot by the sicario – one bullet fatally hit him in the neck – his wife and children were in the car with him, looking on in horror. As he planked the gas to get out of there, he crashed his Benz nearby. While bleeding to death, his wife took their kids to safety.

The hitmen drove off and have not been apprehended. Seeing how this is Mexico, chances are they never will be.