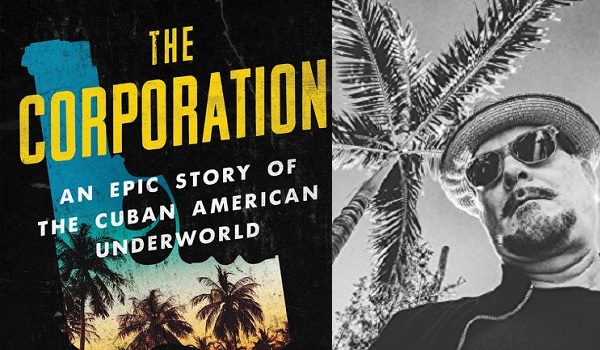 Jose Miguel Battle Sr. is a little-known name in the annals of American organized crime. It’s a testament to his leadership abilities as the Cuban crime boss ruled a multi-billion-dollar criminal empire whilst flying below the radar. In his new book The Corporation, author T.J. English paints a vivid picture of this shadowy figure.

The Corporation was built on gambling, English says during an episode of the Joe Rogan Experience podcast. “In some ways gambling was the core of the community. The number spots were where everyone went to hang out. To hear the gossip in the streets, the neighborhood gossip,” English explains.

“And it, bolita, was never meant to be violent,” he continues. “Back in Cuba it was illegal but never violent. It turned very violent in the United States. The Corporation became so profitable. Billions of dollars over the course of the existence of this organization. The hardest thing was what to do with the money. It was a license to print money. That was what made it violent.”

With the money came disputes. Over territory, earnings, beefs. “Greed took over,” English says. “Between Cubans, between the Cubans and the Italians.”

There to keep it all together was Cuban mob leader Jose Miguel Battle. English: “Battle was a very charismatic leader with some great leadership qualities. He had been a hero during the Bay of Pigs invasion and saved some guys’ lives. I found the guys he saved. It was absolutely true. In an act of incredible heroism he saved the lives of his platoon members. So that was his reputation. From then on, he was revered in the community. He was a hero and people defended him even when it became ugly and he became a ruthless boss who was killing people left and right. He had his defenders because of his legend as a hero.”

The cause of Battle’s downfall, English thinks, can be found in a person’s desire for revenge. “If you wronged Battle in any way, he was gonna get you even if it took years and years of calculation,” English says. “I mean there’s stories in my book about this one guy named Palulu, who killed his brother. It took 9 years and 12 attempts before they finally killed this guy. They shot him in his hospital bed. Had an assassin dress up as a male nurse and go up into the hospital and shoot him between the eyes because there had been so many failed attempts they weren’t gonna fail this time.”

It turned out to be a thankless job, in part because of the hitman’s bragging. “They never caught the assassin,” English states. “I believe he got killed later because he was talking about it so Battle had him killed. So the revenge motive drove Battle off the deep end. Somewhere along the line he broke bad, I don’t know if he was ever good. He started doing internal killings that had nothing to do with business but were all about revenge.”

Currently on a tour promoting his book. English joined the podcast of Joe Rogan, comedian and UFC commentator, to chat about the Cuban Mob, gambling, Latin culture and much more. Both are joined by Cuban-American comedian Joey Diaz.

You can watch the whole podcast below: