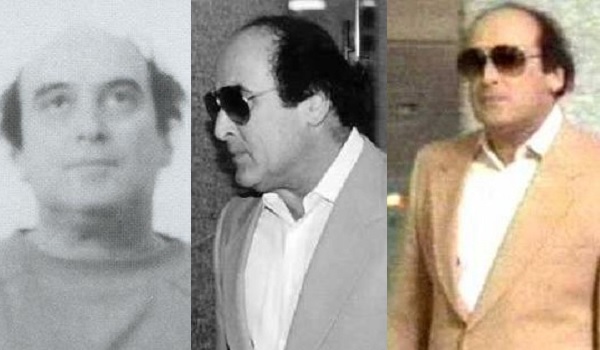 “It’s good to be in something from the ground floor. I came too late for that and I know. But lately, I’m getting the feeling that I came in at the end. The best is over.” – Anthony Soprano, HBO’s The Sopranos

Mob boss James “Little Jimmy” Marcello must know the feeling. Born on December 23, 1943, he was a leading figure in the Chicago Outfit, an organization that hit the peak of its power when he was still in his early twenties. As such he never enjoyed the perks of his position like those who came before him. Still, he knew what he signed up for and remained loyal to the end.

It was on a Sunday in early October of 1983 that Marcello found himself in a closed restaurant in western Cook County surrounded by men who were part of the Chicago Mafia family known as “The Outfit.” Though they were all a part of the organization, not all were official members. Matter of fact, that is why they had gathered at this location.

One by one the men were called into the dining area of the restaurant and escorted in by Al “The Pizza Man” Tornabene, a made member of the Chicago Heights crew. There, Marcello joined a group of powerful men already seated at a table. All held the rank of capo and led their own crew. At the head of the table was their leader: Mafia boss Joseph “Joey Doves” Aiuppa.

On the table lay a knife, a gun, and a candle. Marcello would become an initiated Mafia member and swear the same oath all members of Cosa Nostra do when they undergo this ritual. As he held a burning card containing a picture of a Catholic saint, he recited the line: “If I give up my brothers, may I burn in hell like this holy picture.”

After that, Aiuppa pricked Marcello’s finger to draw blood, signifying that he now belonged to the organization. He had become an official, “made,” member of the Chicago Outfit in particular and the American Mafia in general. He had become untouchable.

Marcello would remain close to Aiuppa, becoming his bodyguard and chauffeur. It’s a choice position for many mobsters as it provides them the opportunity to learn the ropes from the boss himself. It also gives them valuable access to the top players in the mob, both in and outside of Chicago. He would do the same for his capo, Samuel “Wings” Carlisi, who ran the Melrose Park crew.

Authorities placed Marcello just below Carlisi, as his underboss, when they indicted the pair along with several other crew members on racketeering charges in December of 1992. Prosecutors claimed Marcello oversaw the group’s bookmaking and loansharking operations and that, together with Carlisi, he made plans to assassinate mob associate Anthony Daddino. They were convicted a year later. Marcello was sentenced to 12 and a half years behind bars, while Carlisi received a 13-year sentence. 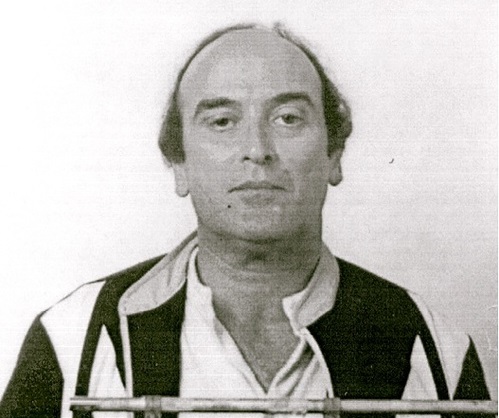 Marcello had proven to be a loyal, capable, and smart operator. Marcello knew how to earn. Together with his brother Michael, he ran M&M Amusement, a video poker machine business that made him millions. They would place machines in bars and restaurants under the guise of amusement, since gambling was illegal, but players could exchange credits with actual winnings if they were deemed trustworthy enough to play ‘the game’. Authorities estimated that the company had underreported its income by over $4 million between 1996 and 2003.

He also knew how to kill. At least, that’s what Marcello’s fellow Chicago Outfit member Nicholas Calabrese told federal authorities when he decided to become a government witness. Prosecutors believed him and in April 2005 charged Marcello and several other Chicago Mob leaders and hitmen with murder and racketeering charges.

Marcello was accused of involvement in the 1981 murder of Nicholas D’Andrea and the 1986 double homicide of the Spilotro brothers, Anthony and Michael, a killing made famous by Martin Scorsese’s epic gangster movie Casino.

To back up Calabrese’s testimony, authorities had placed a hidden camera and bug at Marcello’s prison and recorded visits he received from his brother Michael and other mob associates. Even behind bars, Marcello remained wary of investigators and he spoke using code words, sometimes even covering his mouth – as the characters in Casino had done.

The discussions, however, offered clues to the underlying topics. “The big thing with them is the Zhivago deal,” Michael said to James during one visit. He was referring to a news story in the Chicago Tribune about “Zhivago and his brother.” The only article that was about two brothers focused on the Spilotro brothers.

Suspicions about Nick Calabrese becoming a government witness had been growing among the Chicago mob thanks in large part to Nick’s brother Frank airing his doubts about his own blood. As a precaution, Marcello had been making monthly payments of $4,000 dollars to Nick’s family. It is supposedly a custom to take care of the relatives of imprisoned mobsters, but this rule is generally broken. Still, it offered Marcello a chance to gain Calabrese’s sympathy and perhaps some protection as well.

“I told you,” James told his brother. “That was the best investment… Believe me.”

It worked indeed, if only for a while. Calabrese indeed omitted Marcello from several key parts. But eventually he caved and spilled the beans.

Investigators began collecting DNA material from several high-ranking mobsters, including Marcello. “I thought it was gonna be a piss test,” he later told his brother. He also wondered who else had gotten such a visit. Several, his brother Michael answered. Flapjack, Hitler, Pagliacci, and this guy, he said as he rubbed his nose to signify Chicago Outfit boss John “No Nose” DiFronzo.

Pagliacci was a nickname for longtime Outfit leader Joseph Lombardo. Of whom Michael said he might – and indeed did - go on the lam: “Skip, hop, he’s gone.”

“Well, could you blame him?” James asked. “I wish the fuck I had the opportunity.”

He didn’t. Despite offering up homes worth over $12 million as bond, the judge denied his request and Marcello stayed locked up.

Family Secrets out in the open

The trial dubbed Family Secrets began in the summer of 2007 and promised to lift the lid off of decades of Mafia killings the Chicago Outfit had been responsible for. James Marcello stood trial alongside Frank Calabrese Sr. – who faced both his brother Nick and son Frank Jr. as government witnesses against him – Joseph “The Clown” Lombardo, Paul “The Indian” Schiro, Anthony “Twon” Doyle, and Frank “The German” Schweihs - who was called Hitler by Marcello’s brother and was too sick with cancer to stand trial, passing away in 2008.

Though Frank Calabrese Sr., Joseph Lombardo, and Anthony Doyle testified in their defense, Marcello chose to stay silent as the court proceedings went on. He heard testimony against him from Nicholas Calabrese and Michael Spilotro’s daughter Michelle linking him to the murder of the Spilotro brothers.

Michelle recognized Marcello’s voice and claimed he had called the house twice the day her father disappeared. Calabrese claimed Marcello had driven Anthony and Michael Spilotro to their death with promises of promotion to capo for Tony and membership in the mob for Michael. Once they arrived at a home in Bensenville, Illinois, they were awaited by around ten armed mobsters wearing gloves who, together with Marcello and Calabrese, beat and strangled the two brothers to death.

Calabrese also placed Marcello at the murder scene of mob associate Nicholas D’Andrea who was beaten to death by accident after he was questioned about the shooting of a high-ranking member of the Chicago Outfit.

After several months of intense testimony by witnesses, victims, and several defendants, the jury reached a verdict on September 10, 2007. They found Marcello guilty of racketeering, illegal gambling, obstruction of justice by bribing Nick Calabrese, and tax evasion. Several weeks later, he was also found guilty of the double killing of the Spilotro brothers. He was acquitted of the murder of D’Andrea.