Omari Rosero might have been locked up in a New York State prison, his power still flowed through the cement walls to the outside world. As a Godfather in the United Blood Nation gang he was considered the highest authority in the nationwide organization.

As Godfather, he led what once started out as a prison gang in 1993 and now was a violent criminal organization operating throughout the east coast of the United States and counting thousands of members. The group is governed by a common set of 31 rules, known as “The 31,” which were originally written by the founders of the UBN.

Members are expected to conduct themselves and their illegal activity according to rules and regulations set by their leaders. Prominent among these is a requirement to pay monthly dues to the organization, often in the amounts of $31 or $93.  A percentage of these funds are transferred to incarcerated UBN leadership in New York, among them Rosero; these funds also are used locally to conduct gang business. Gang dues are derived from illegal activity such as drug trafficking, robberies, wire fraud, and bank fraud, among other forms of illegal racketeering activities.

UBN members often wear clothing with the color red and share common tattoos or burn marks to show their affiliation. Tattoos include a three-circle pattern, usually burned onto the upper arm, known as a “dog paw”; the acronym “M.O.B.,” which stands for “Member of Bloods”; the words “damu,” or “eastside”; the number five; the five-pointed star; and the five-pointed crown.

Members have distinct hand signs and written codes, which are used to identify other members and rival gang members. For example, the Nine Trey Gangster set of the UBN refer to themselves as “Billies.”

Running such a well-oiled and violent organization tends to attract some heat. Not just from your rivals in the underworld. If you become big enough the law will take notice. Chief among them the FBI.

The indictment showed the government took the threat the UBN posed seriously. These weren’t just simple gang bangers fighting over corners. This was an organized criminal group which ran sophisticated schemes and was highly structured with enough muscle to back up threats of violence with the real thing.

Confronted with the government’s full judicial power, on March 12, 2018, Rosero and 34 other UBN bosses, members, and associates pleaded guilty to racketeering conspiracy and related charges in North Carolina, including drug trafficking, wire fraud, firearm possession, and the use of a firearm in furtherance of a crime of violence and drug trafficking.

“The assaults, the robberies, the drug deals, each and every crime committed by these ruthless gang members was a blow to the safety of our communities,” said John Strong, Special Agent in Charge of the FBI in Charlotte. “The guilty pleas by these suspects are the next step in securing justice for every innocent person who was impacted by the violent actions of these gangs members.” 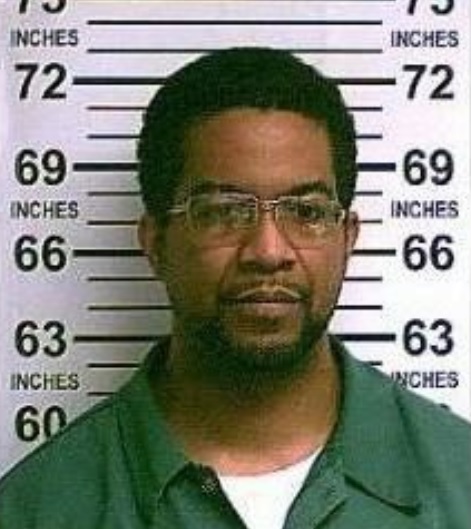 Rosero (photo above), who goes by the nickname “Uno B,” pleaded guilty to racketeering conspiracy. He admitted to holding the leadership rank of “High,” and to serving as an acting “Godfather” of the entire UBN gang.

In a recorded jail call, Rosero admitted to being, together with Pedro “Magoo” Gutierrez and James “Frank White” Baxton, “the last ones that God put in power” over the UBN. He conducted gang business and participated in the distribution of gang dues while incarcerated in the New York State Department of Corrections.

In order to communicate with the outside, he used 35-year-old Porsha Talina Rosero, nicknamed “Lady Uno B” for obvious reasons. She maintained a Facebook account through which private messages were sent from Rosero to other Bloods leaders. She pleaded guilty to racketeering conspiracy and admitted participating in the distribution of gang dues and a phone call during which Rosero stated that a suspected cooperator would be “faded straight up.”

In addition to Omari and Porsha Rosero, seven other defendants with high-ranking leadership positions have previously pleaded guilty in this investigation: