The Chinese Mafia - better known as the Triads - has a complicated history seeped in political conflict that occurred centuries ago, when emperors and dynasties ruled China and monks used kung fu to rise up against their oppressors.

During its long and rich history China has seen a lot of bloodshed. Centuries ago Chinese emperors ruled their empire with an iron fist and many of them were subsequently overthrown after a bloody revolt. Even though the emperors suppressed the people, they could never control them. Throughout China’s history its people have formed secret societies to find protection against thieves, bandits, and their nation’s leaders. Most of these secret societies were honest, but others were not and became criminal fraternities.

By the mid-eighteenth century one secret society stood out in terms of its criminal operations. Although it wasn’t a criminal society from the beginning. Operating in the Chinese provinces of Fujian and Guangdong, the Tiandihui, or Heaven and Earth Society, started out as a secret society providing help to Chinese who needed it most. Peasants who lost their land, or could not find any work were among the people who came to the Tiandihui to ask for help and assistance during these hard times. The requirements to become a member of the Tiandihui were less strict than they were with other secret societies, but the Tiandihui provided the same services, thus making them a very attractive group to join.

Once one became a member of the Tiandihui he agreed to protect his Society brothers and help expand the Society by introducing new members. After an initiation ceremony the new brother was given a membership certificate and the society’s secrets, which consisted of hand signs, esoteric prayers, and passwords.

As a member one could call upon his Society when he was in trouble. For instance, when a member was out of money he could turn to his brothers for help. But his Society also helped out when thieves robbed him, or if criminals were trying to extort his business. When that happened, Tiandihui’s enforcers were sent out to avenge their brother and make things right. Eventually this blanket of security became the primary reason for Chinese to join this secret society. With everybody turning to their society for revenge it wasn’t long before members of different societies were at war and causing a lot of bloodshed. These wars where members sought revenge were called ‘xie dou’, and are very similar to the Italian Mafia’s ‘vendetta’.

The Tiandihui made a lot of money by making new members. Each new member had to pay an entrance fee, subscription fees, and a tribute fee to his sponsor for introducing him into the Society. In certain provinces men also had to pay an extra fee on top of the normal fees to join. It is clear members enjoyed the security the Society brought, but it also became a wise career move when so much money could be made as a sponsor by introducing new members. Other money making operations the societies ran were: collecting rent from properties they owned, and loan sharking. With the ability to exercise a lot of power through its growing number of members the Tiandihui went from loan sharking to robbery. Nobody was safe. The Society robbed both civilians and members of rival Triad societies with the same ferocity. Because of this even more men joined the Tiandihui hoping it would keep them safe from robbery and attacks. 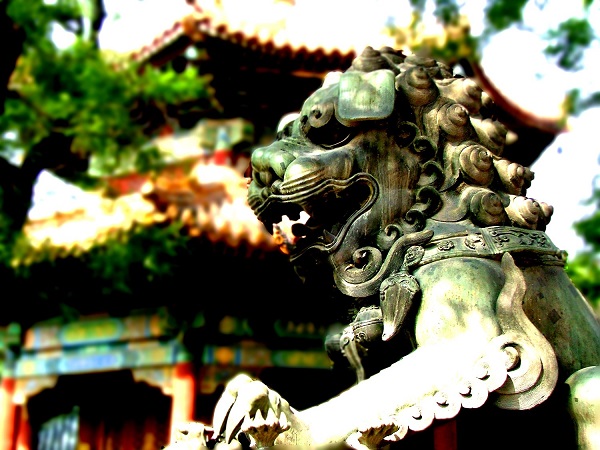 The Secret Societies and the Imperial Powers

The secret societies have always posed a threat to the political powers of China. There have been numerous accounts of uprisings led by societies which had amassed a large enough following to undertake such an enormous task.

During the 1760s, Tiandihui leader Lu Mao ordered newly initiated members to rob an official warehouse and treasury, and the homes of the upper class. He told the would-be robbers that the loot would be used to organize an uprising against the Qing authorities. The Qing dynasty had come to power in 1644 and saw the criminal secret societies as a big problem.

This particular uprising by the Tiandihui was a failure, but the Qing authorities had had enough of these criminal secret societies that were committing crimes and were attacking the emperor. The army was ordered to eradicate the problem.

After a large-scale military operation, army commanders claimed they had suppressed the societies. They lied. The societies had grown in a such a dramatic way that it had become impossible to eradicate them. They had hundreds of thousands of members, entire villages were owned by the societies. And their power stretched across China into neighboring countries. The attack by the imperial army only caused the societies to go underground even more than before.

From this moment on the Tiandihui was deeply nestled in the underworld. Out of reach from the Qing dynasty, they became more and more involved in the criminal world. By the late eighteenth century opium had become the drug of choice, and thus a very interesting venture for any Triad member. Opium was illegal in China and was smuggled into the country by European and American traders. Triad members bought the opium from these traders and from there it went down the distribution ladder until it reached the drug addicts on the streets of China’s major cities and villages.

The secret societies had now made the transformation from benevolent organization to full blown criminal organization. The Triads were born. The name ‘Triad’ stems from the fact that members of these secret societies saw the world as a unity of the three main powers of nature: heaven, earth, and man. And their flags bore a triangle.

To this day the Triads use old rituals and traditions to maintain discipline within the organization and create an air of mythical powers around them. They even have their own story of how they were formed. This version is based on an uprising by elite monks.

There are a lot of different Triad groups, which all have their own version of Triad history.  Over the course of decades these versions have changed and adapted new themes. The Triads combine real historic events with Chinese folklore in order to create a very heroic story about their origins. This is all done to impress new members.

Their story starts in the seventeenth century during the Ming Dynasty. The Ming Dynasty was crumbling, and a lot of officials were enriching themselves while the rest of the empire was starving. In 1644 the Ming dynasty fell when the Manchu forces defeated the imperial forces. The Manchus crowned Shun Chi as the first Manchu Qing emperor.

During the reign of the second Qing emperor tribes from the state of Silu started an uprising. The Qing army was not equipped to deal with the rebels and called upon its emperor for reinforcements. The emperor started a recruiting campaign in which he offered men who joined his army and defeated the Silu rebels high honors, favors, and official employment.

At a Shao Lin monastery an assembly of monks decided to offer their services to the emperor. The monks had two reasons for helping out the emperor: They wanted to stop the invasion of foreign troops into China. And they wanted to put in use their knowledge of kung fu, which they had been practicing at the monastery. They hoped their martial arts abilities would lead other men to join their monastery. Photo: The Great Wall of China

An elite force of 128 monks joined the imperial army in battle against the Silu and defeated them in three months. The monks were hailed as heroes and were offered their promised honors from the emperor. They declined his offers, saying they did their civic duty. A nephew of one of the monks, however, did accept the position of commander of the Qing garrison in the Wuchow district. He himself did not live in the monastery and was not bound by their rules.

The honors bestowed upon the Shao Lin monks caused certain Qing officials to become jealous. Wong Chun-mei, the grand secretary of the Qing council, began manipulating the emperor into believing the monks were about to start an uprising themselves. The emperor then ordered an attack on the Shao Lin monastery. Qing troops set fire to the monastery causing the deaths of 110 monks.

Eighteen monks survived but were presumed dead. These remaining eighteen monks fled the ruined monastery by walking down the burning hill on which it was situated. Once in a safe place, thirteen monks died from their wounds and lack of food.

The five surviving monks: Tsoi Tak-chung, Fong Tai-hung, Ma Chiu-hing, Wu Tak-tai, and Lee Shik-hoi, became the First Five Ancestors. These five men traveled the rugged lands of China and met up with several Ming loyalists who joined their cause and became known as the Second Five Ancestors. It was their cause to overthrow the Qing dynasty. The men formed several secret societies and used their army of men to fight against the Qing dynasty. This is how the Triads view their history.