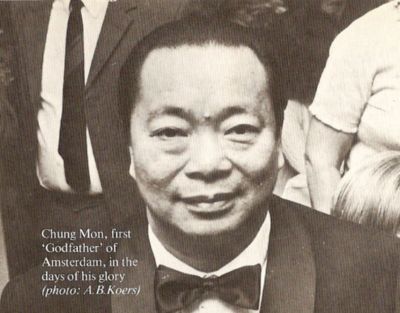 Chung "Unicorn" Mon was born on September 10, 1920 in Po On in the Guangdong province of China. When he was 18 he started working as a ship's cook on a freighter on its way to Rotterdam, The Netherlands. After arriving in The Netherlands Mon deserted and vanished into the small Chinese community. He stayed there during the occupation of The Netherlands by German forces during WW II. It was all about survival in those days and Mon was allegedly playing the part as an informer for the German gestapo. In order to obtain the Dutch nationality Mon married a Dutch woman named Ann Hess, who gave birth to their daughter.

The 14K Triad had a keen interest in Europe and The Netherlands. They saw it as an untapped market where they could sell millions worth of drugs. Chung Mon became a member of the 14K and was assigned to run their European operations. At this point Mon was a successful businessman. Settled in Amsterdam, he owned restaurants, travel agencies, and casinos. Interestingly several arrested drug couriers listed the address of one of his restaurants as their final destination. Mon always claimed this was because he was a respected citizen running a restaurant many Chinese used as a meeting place. 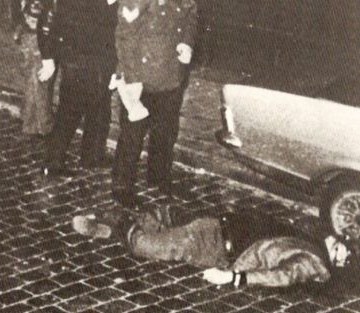 And Mon got away with it. He did a lot of work for charity and was decorated by the Dutch government. He had a good relationship with the Amsterdam police because he would give them good information on other drug dealers. By the late 1960s Mon was firmly in charge of Triad operations in Europe. So much so that he reputedly took a 5 percent cut of every Triad drug deal. His connection ran all the way to the Taiwanese government. In 1973 he even started exporting to the US, which brought him under the attention of the DEA.

But other Triads and Asian crime groups started noticing the money to be made, and wanted a piece of the action. The Wo Shing Wo Triad set themselves up in Rotterdam, while other groups set up shop in Antwerp (Belgium) and Koblenz (Germany). A war broke out among the groups over who would control the heroin market. Chung Mon tipped off the police to get rid of his rivals and managed to maintain control. Of course his modus operandi wasn't one that was respected among criminals.

On March 3, 1975 three Chinese men approached Mon as he stepped towards his Mercedes outside his office in Amsterdam. The three were armed and fired ten bullets into the Chinese Godfather. The men were never arrested. It is believed they were flown in from Hong Kong to murder Mon, and flew back immediatly after. Chung Mon is considered to be the man responsible for the start of the heroin scourge that plagued Europe ever since.