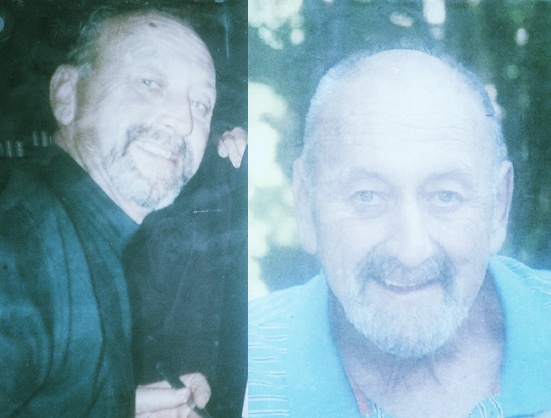 The recent death of Frederick “Fritz” Graewe (photo above), a feared mob associate in Cleveland, Ohio, shows that it’s possible to live by the sword but not die by the sword. Graewe, 66, seemingly enjoyed a peaceful suburban lifestyle until passing away of natural causes in February. He had been at home since 1992, when he was released from prison after serving 10 years of a 42-year sentence for mob-related activities.

Frederick, along with his brother, Hartmut, were key figures in a $15 million-a-year drug ring during the 1970s and early 1980s. As enforcers for the ring, the Graewes doggedly protected and expanded their high-stakes business. According to law enforcement documents, they were responsible for the murders of a half-dozen mobster rivals and police informers.

In his post-prison years, Frederick had eschewed crime, turning his attention instead to more mundane pursuits. According to his Cleveland Plain Dealer obituary, he was an artist and he enjoyed hunting, fishing, gardening and spending time with his family.

Despite the tranquility of Frederick’s golden years, it would be difficult to overlook his colorful past.

Frederick and Hartmut (known as “Hans the Surgeon” for his affinity for dismembering his victims) were known as merciless killers, whether in protection of their drug turf or as hired guns. As testament to their skills, efficiency and discretion, the German-born Graewes were closely associated with both the Italian and Irish mob factions in Cleveland--two groups that were locked in a bitter fight over Cleveland’s rackets.

From 1976 to 1982, Cleveland’s underworld was in turmoil, trigged by the unexpected death of long-time Mafia boss John Scalish. Because he hadn’t formally named a successor, Scalish left a leadership void that triggered a bloody war between the established Mafia, led by James “Jack White” Licavoli; and the Irish gang, headed by Danny Greene, a cocky former longshoreman.

Greene began his career on the docks as a worker and a tenacious labor organizer. Eventually, he muscled his way into the presidency of the local longshoremen’s union. Intensely proud of his Celtic heritage, he wore green jackets, drove a green Cadillac and often handed out green pens to strangers. Shortly after Green was elected longshoremen president, he had the union office painted green and he installed plush green carpeting.

Dozens of underworld figures were killed during the Italian-Irish mob war, oftentimes by car bombing. In fact, the deadly explosions were so prevalent that federal authorities nicknamed Cleveland “Bomb City, U.S.A.” in 1976.

The gangland conflict ended on Oct. 6, 1977 when Greene was killed by a car bomb after leaving his dentist’s office. The Mafia-orchestrated explosion tore Greene’s clothing from his body, except for his brown zip-up boots. According to a police report, his left arm was ripped off and thrown 90 feet from the blast. A gold ring with five green stones remained on his finger.

The brothers Graewe not only survived the Italian-Irish conflict, they thrived—primarily by maintaining neutrality and also by earning millions in profits for their various gangland colleagues. The Graewes’ main criminal enterprises were drug trafficking and freelance killings. At some point, they combined those interests and focused their activities on bumping off drug dealers and stealing their stashes.

The Graewes crime spree came to an end in 1982 when they were indicted for murder, narcotics distribution and gambling. Indicted with them were Kevin McTaggart, who was a nephew and lieutenant of Danny Greene; Cleveland Mafia capo Joseph Gallo; and Mafia acting boss Angelo “Big Ange” Lonardo, who financed the drug ring.

At their 1983 federal trial, Carmen Zagaria, a close associate of the Graewes who had turned government witness, provided chilling testimony about the brothers to the spellbound jury. Zagaria, who coordinated the drug ring and served as an intermediary between the Mafia and the Graewes, noted that the drug operation at one time supplied 40 percent of the cocaine distributed in Cleveland.

Murders became commonplace for Zagaria and his cohorts. At first, they killed to avenge wrongdoings and to silence suspected rats. Other murders were motivated by greed: If they believed a fellow drug dealer was vulnerable, it’s likely he would be bumped off.

In one situation, Zagaria heard that a competitor named David Hardwicke was trying to sell a kilogram of cocaine in the Cleveland area. At a meeting between Zagaria, the Graewes and McTaggart, the crew decided to steal the kilogram (worth about $40,000 in today’s dollars) and kill Hardwicke. He was lured into a car where Frederick Graewe used a coathanger to strangle him. Hardwicke’s cocaine was sold and the proceeds split among the murder participants. Later, one of Hardwicke’s former drug partners gave Zagaria a $5000 discount on a kilo of cocaine for his service in disposing of Hardwicke.

By 1980, the Graewes and Zagaria had become so emboldened that they were unafraid to rip off and murder their principal drug suppliers—even men who had strong Mafia connections. One of those victims, Florida-based Joseph Giaimo, supplied large amounts of marijuana, cocaine and Quaaludes to Zagaria’s crew and other distributors.

In early January 1981, they arranged to purchase a ton of marijuana from Giaimo. Runners were sent to Florida to pick up the drugs. Two weeks later, Giaimo traveled to Cleveland to get his money. He was instructed to meet Zagaria and the Graewes at Zagaria’s pet fish store on Cleveland’s west side.

At the store, he was shot twice in the back of the head by Frederick Graewe. His body was bricked into a basement wall of the pet store, then later dumped in a quarry pond.

After Giaimo was missing for a week, representatives of the Miami, New York and Chicago Mafia came to Cleveland to talk to local mob leaders. Because Giaimo was one of the mob’s largest narcotics conduits in the Southern U.S., his disappearance was a serious concern. The out-of-towners also talked to Zagaria, who was able to convince them that Giaimo had not been seen in Cleveland.

The Giaimo rip-off netted $500,000 ($1.5 million in current dollars) for Zagaria, the Graewes, and their associates.

“Bring me my surgical tools”

At one point in the Graewes’ trial, Zagaria’s testimony brought horrified gasps from the courtroom when he revealed gruesome details of the murder of William Bostic, a mob affiliate.

Bostic, who was suspected of stealing from a gambling operation run by Zagaria and the Graewes, was lured to Zagaria’s pet store in June 1980. He was then shot twice in the head by McTaggart and taken to the store’s basement. Later, Zagaria said he saw Hartmut bending over Bostic’s body.

In testimony recounted by the Elyria Chronicle-Telegram, Zagaria said that Hartmut told Frederick to bring him his “surgical tools,” a meat cleaver 18 to 20 inches long and a knife with a 20-inch blade. Hartmut used the cleaver to chop off Bostic’s left hand. He then went upstairs where the other men were gathered and asked, “You guys want to see a turkey? I took off his helmet and gloves” (meaning his head and hands). Hartmut then said, “I learned you can’t chop off a man’s head from the back, you have to flip him over and slit his throat.”

While Hartmut joked about being sued for malpractice, the men loaded Bostic’s headless body into the Graewes’ Volkswagen, dubbed the “Ambulance.” Zagaria then testified: “Hans grabbed my hand, stuck it in a bucket (which contained Bostic’s hands) and said, ‘Carmen, why don’t you shake hands with your friend before he leaves.’”

Zagaria recalled that his hand touched one of Bostic’s hands and he quickly drew his own hand out of the bucket. Bostic’s body was dumped in a rural area, and his head and hands were thrown in a swamp.

Several days after Bostic’s murder, his family notified police that he was missing. Police searched Hartmut Graewe’s residence and found a ring and watch worn by Bostic on the last day he was seen.

Two years later, the Graewes and their confederates would be arrested, bringing an end to an immensely profitable criminal enterprise. Frederick is now gone, as is Angelo Lonardo, who died in 2006. In 1985, Lonardo flipped, becoming the first sitting Mafia boss to cooperate with the government. Gallo died in prison in 2013. Harmut Graewe and Kevin McTaggart are serving life sentences, with Graewe in Leavenworth Federal Penitentiary, and McTaggart in a federal facility in Milan, Michigan.