It was a slap in the face of all those who thought of themselves as powerful and in control. When Mexican drug lord Joaquin “El Chapo” Guzman entered a tunnel dug beneath the shower in his prison cell and escaped from a maximum security prison near Mexico City he embarrassed a lot of people. It got even worse when unverified Twitter accounts claiming to be run by Guzman ridiculed the Mexican government. “El Chapo” was bitch slapping authorities at every turn.

Ridicule is great when it’s comedian doing it. But when a man responsible for thousands of murders, beheadings, tortures, and more is doing the funny business not many are laughing. Matter of fact, you could hear folks loading and cocking their weapons, hunting season had just opened.

A few days ago, Mexican authorities with help from American forces were hot on the arrogant drug lord’s trail in the mountains of north-west Mexico, near his home base of Sinaloa. Though few details have been released, a statement was released saying, “As a result of these actions, and to avoid his capture, in recent days, [El Chapo] engaged in a hasty retreat, which, according to the information received, caused him injuries to one leg and the face. It's important to clarify that these injuries were not a product of a direct clash.”

Despite the injuries, the elusive Guzman got away once more. But now, he might be a little less arrogant. Maybe he realizes now that the game has changed. The clock is ticking, and not in his favor.

To emphasize this point, we decided to compile a top 5 of powerful drug lords who rose to great power but lived their lives on the run being hunted down by police. All ended up dead. An ending befitting the violent life they all led. 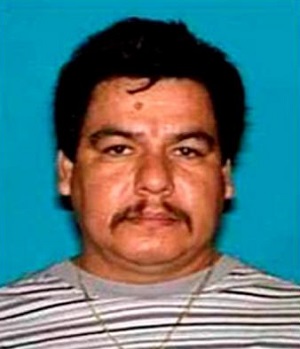 We kick off our list with Antonio Cárdenas Guillén, a man who began leading the infamous Gulf Cartel after his brother Osiel was arrested by authorities. Known as one of Mexico’s most powerful cartels, the Gulf Cartel is also notorious for bringing Los Zetas into the fold. It was to be the cartel’s deadly military wing, its death squad.

For a while things ran perfectly, but in 2010 Los Zetas split from the Gulf Cartel and formed its own group causing a bloody war between both parties. During this violent conflict, Antonio Cardenas Guillen walked around protected by a heavily armed group of bodyguards named The Scorpions.

While he was dodging bullets fired by his rivals, he also faced increasing heat from authorities who were eager to bring one of Mexico’s most wanted drug lords down. Though he was on the run from police, he didn’t run far from home, he didn’t run at all, opting instead to stay put in his hometown of Matamoros, Tamaulipas.

The mayhem continued for several hours. Agents had to take out each and every level of security around the fugitive drug lord until they faced just him and his weapons. He would not be taken alive, by then those hunting him did not care. Once they shot him dead the violence ceased and quiet returned to Matamoros, for a while at least. 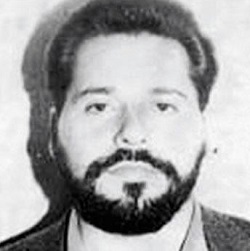 They called him “Nacho” and together with Joaquin “El Chapo” Guzman and two others he ran the Sinaloa Cartel. He was responsible for expanding the group’s drug business into the meth trade, eventually leading to the Sinaloa’s Cartel total domination of production and distribution of meth. It earned him another nickname: “The King of Crystal.”

Of all the people on this list, he was the closest to Guzman. He not only worked with him, but was related to him through marriage. His niece is Guzman’s wife.

To the U.S. government he was a kingpin, a man they wanted to lock up and were willing to shell out $5 million dollars for if anyone had information leading to his arrest.

On July 29, 2010, the Mexican Army raided a house where he was staying. As soldiers burst through the door, Coronel shot one soldier dead and wounded another. After that, the Army shot him dead ending his run as fugitive, his career as drug lord, and his life on earth. 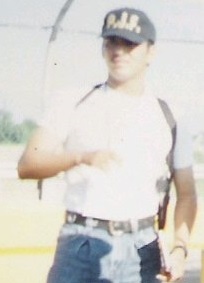 Z. It used to stand for Zorro. For hope and rising up against oppression. Now it stands for death. Death by torture while a camera is filming everything so people can later check it out on the internet. We have Arturo Guzmán Decena and his Los Zetas to thank for that.

As a teenager, Decena joined the military and worked his way up to become part of the best of the best, the elite Mexican military group called Grupo Aeromóvil de Fuerzas Especiales (GAFE). With that unit he made his bones and proved to be a deadly and vicious military commander.

Call it youthful stupidity or ignorance, perhaps it was a lust for more blood, but at the young age of 21, Decena defected from the elite Army unit and joined the Gulf Cartel. Probably figuring he’d make more money as a private contractor working for the enemy than as a member of the Army taking bribes, he became Gulf Cartel leader Osiel Cárdenas Guillén’s go-to guy for torture and assassination.

At Cardenas Guillen’s behest, Decena lured many of his former mates at GAFE away from the Army and into the welcoming arms of the Cartel. He made it official by founding Los Zetas, the enforcement wing of the Gulf Cartel. Each member was to be designated a Z followed by a number.

On November 22, 2002, Decena was at a restaurant in Matamoros, Tamaulipas, when Mexican soldiers came in and shot him dead. The traitor had been dealt with. 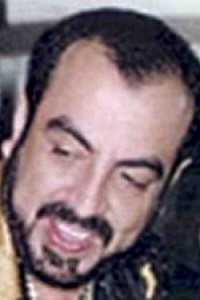 Arturo Beltrán Leyva and his brothers founded and led the Beltrán Leyva Cartel. Known for its strong ability to corrupt Mexican politicians and high-placed people at the Justice Department, the group started out as a security wing of Guzman’s Sinaloa Cartel. After one of the brothers was captured, the others blamed “El Chapo” for giving him up to authorities. The Cartel then switched sides to the Gulf Cartel.

His notoriety earned Arturo a spot on Mexico’s 24 Most Wanted Drug Lords.

While on the run, Arturo maintained his life of luxury. He threw lavish parties where famous artists performed and dozens of prostitutes entertained the guests. At one such party, this one celebrating the arrival of Christmas on December 11, 2009, Special Forces of the Mexican Navy surrounded the house as they tried but failed to apprehend him. Arturo escaped during the subsequent shootout. But one week later the Mexican Navy came knocking again. Together with their friends from the Army and Marines. While Arturo’s bodyguards fought hard they were no match for the 200 Marines, two helicopters, and two tanks that rained down on Arturo’s hideout.

This was one situation Arturo could not bribe his way out of. He died alongside four of his loyal bodyguards.

What can we say that hasn’t already been said? You all know this man. If not by his deeds in real life, then by the new hit television series Narcos on Netflix. He is to the drug cartels what Al Capone is to the American Mafia, an icon and legend.

But a mass murderer just the same.

We have written a detailed account of his war against the Colombian government in which he murdered politicians, bombed buildings, and shot down airplanes and became one of the richest men on the planet.

He never stayed in one place longer than a day, but the life of a fugitive wore him down and he got sloppy. After spending months in the country side, he eventually moved back to the city of Medellin. A phone call with his son helped authorities to pinpoint his location and on December 2, 1993, one day after his 44th birthday, a group of plain clothes commandos knock on the door of Escobar’s hide out.

Escobar tried to escape via the roof, while firing shots at the commandos. But as he made his way to another house, three bullets hit him, one of those bullets going through his right ear, killing him - photo above. Pablo Escobar, a man feared by an entire country had finally been stopped. The violence, however, did not.

Just like Escobar’s death did not bring peace and happiness to Colombia, we predict “El Chapo” Guzman’s capture or death will not end the violence in Mexico. Though its most powerful figure, Guzman is but a mere pawn in the system of drugs that has taken over society and will continue wherever with whoever at its helm.

In the end everyone is a slave to the drug.