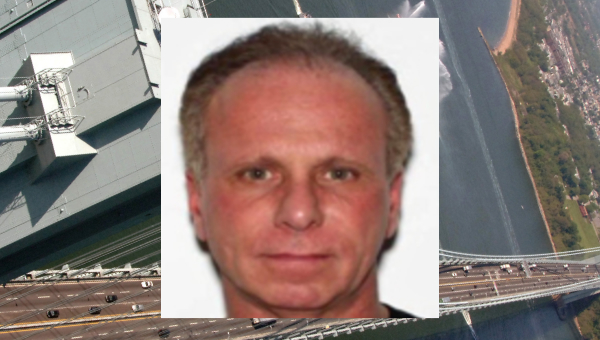 All is fair in love and war, the saying goes. But break the law and reality will come knocking and slap some handcuffs on you. Alleged Colombo crime family capo Joseph Amato Sr. (photo above) felt he was entitled to know where his girlfriend was at all times, so he placed a GPS tracker under her car. Little did he know that this move would kickoff an FBI investigation that would bring down his Mafia crew.

For a while the tracker did its job, sending back details of the woman’s routes to the suspicious mob captain. Until one day she found out about it. Instead of smashing the device, she placed it under an MTA bus on its way to the next bus stop. There it remained until the bus stopped at the depot in Staten Island for a routine maintenance inspection in November 2016.

There was nothing routine about the GPS tracker mechanics found. Alarmed, the depot was evacuated and explosive experts were called in to ensure the device wasn’t some type of bomb. Once they knew what it was, everyone calmed down, but by then the FBI was involved and eager to find out why a bus was equipped with such a tracker – and, more importantly, who the tracker belonged to.

To make matters easy, 60-year-old Joseph Amato Sr. had reported the tracker as lost. When your business is extortion and racketeering, following your girlfriend around with a hidden GPS tracker apparently doesn’t register as something criminal and better kept on the down low, without any written reports.

Once the feds realized Amato was the man behind the GPS device, they zoomed in on their target to see what they could find. Amato Sr. was a rising Colombo family mobster who had fought alongside acting boss Vic Orena’s faction against imprisoned official boss Carmine Persico’s faction during the Colombo war in the 1990s. He spent a long time behind bars, but had since become a capo. Wiretaps were put in place and agents listened in on calls and read messages sent and received by dozens of alleged mobsters.

In one email to his then-girlfriend, Amato wrote: “This is my island (Staten Island). Not yours. I have eyes all over.” The feds say he was not exaggerating. He was the Colombo family’s most powerful figure operating in Staten Island. In another email, he stated: “I’m a MANS MAN!!!”

Amato has quite a way with words and the ladies, no?

“Do you know who my father is?”

As the feds kept listening, they uncovered more and more shady dealings of various associates, including Amato Sr.’s 26-year-old son Joseph Jr., who took after his father when it came to communicating. On one occasion, someone confronted Amato Jr. for insulting a woman in a bar. Amato Jr. told the individual to back off, and threatened: “Do you know who my father is?”

The following day, the man was lured to a location where Amato Sr., Amato Jr. and other members of Amato’s crew brutally beat the victim, leaving him bloodied and in need of staples in his scalp.

Were the roles reversed this past Thursday? That day twenty alleged members and associates of New York’s Colombo Mafia family were indicted and charged with racketeering, extortion, loansharking, stalking, attempted sports bribery and related offenses. Two firearms, two stun guns, a canister of purported tear gas and thousands of dollars in U.S. currency were recovered during court-authorized searches of residences of Amato and Scorcia.

FBI agents also overheard an attempt by some members of the gang to fix an NCAA college basketball game. To further the scheme, Benjamin Bifalco offered members of a college basketball team thousands of dollars to intentionally lose the game. Things didn’t really go according to plan, though, and the fix was not in.

“One of the stunning things revealed in this investigation, it seems members of the mafia families that were once almost romanticized by Hollywood and pop culture, have resorted to acting like playground bullies. As alleged, they are still up to their old extortion and bribery schemes, and terrorizing their victims, but they are also still getting caught,” stated FBI Assistant Director-in-Charge William Sweeney.