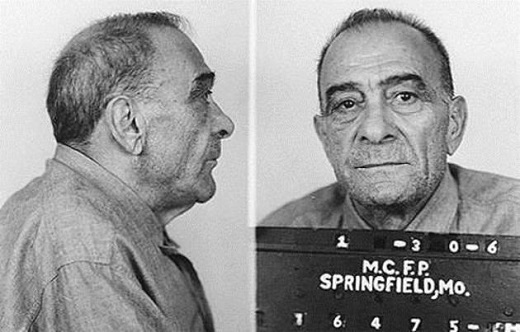 “His impact on the American Mafia was much more than to just have helped the law incarcerate a man who at the time, they considered perhaps the most powerful hoodlum in the country. By helping to nail him and thus sending him to prison, he created a chain of events that would have perhaps, the most significant repercussions on Italian-American organized crime since its recognized inception in 1931.”

So begins Thom L. Jones’ article about criminal Nelson Cantellops. He was of minor significance as far as criminal deeds go, but as Jones writes, his impact on the American Mafia in general and the Genovese crime family in particular was huge.

After posting his piece on Gangsters Inc. in November of 2010, Thom received an e-mail from someone who claimed to have more information to add to this story. The contact brought Jones in contact with the daughter of Cantellops which resulted in a wealth of new and never-before-published information about this infamous turncoat.

“I think it clears up the mystery about the ending of this guy once and for all,” Jones tells Gangsters Inc. “Another scoop for the site!”

Below is Jones’ additional never-before-released information about Cantellops. You can read his earlier story about Cantellops in Get ’The Right Man’: How the FBN nailed Vito Genovese.

THE SCOOP ON NELSON SILVA CANTELLOPS:

THE MAN WHO BROUGHT DOWN VITO GENOVESE 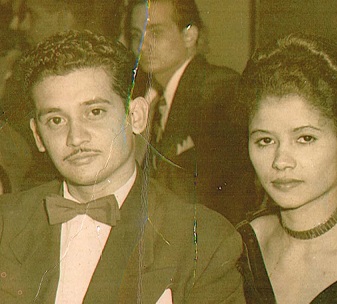 Nelson Silva Cantellops (right) lived with his wife, Candida Velez and their three children, two boys and a girl, at 104/56 East 161st Street in the Bronx.

According to his daughter, Nilsa, he was not much of a father. Never brought anything home for his wife or children; no special treats, no clothes or toys; never went to the market for them; was a serial spouse abuser, often beating his wife when he came home drunk.

Nilsa was nine years old the night her father died.

The family had been out visiting other family members. Celebrating July 4th in 1965; they returned to their apartment late in the evening.

Outside, waiting on the side-walk, was a man, his daughter remembers only as ‘Garigo,’ He persuaded Nelson to go with him to a bar, about a mile away, ran by a man called Frank, at 839 Westchester Avenue in the Woodstock neighbourhood. There, they met up with a woman and two other men. At some time, into the morning of July 5th, the woman accused Nelson of sexually abusing her, and the two men who had been drinking when Nelson arrived, attacked him, stabbing him repeatedly with knives.

Mortally injured by slashes to his face and body, he was taken to Lincoln Hospital on the corner of 141st Street and Southern Boulevard

Early in the morning of July 5th, Candida and her family were awakened by knocking on their apartment door.

“Open the door,’ she told her oldest boy, “that will be your drunken father.”

But when the boy did, he was confronted by two men who identified themselves as detectives. After dressing, and arranging for the care of her children, Candida was rushed to the hospital. Her husband died there at 2:15 AM. The pathologist report states that he had received stab wounds to the face and neck, abdominal laceration of the internal ceratoid artery, and lacerations of the liver, spleen and the pancreas.

Was his killing an act of drunken, random violence? Or was it perhaps, revenge served cold, by a man called Vito Genovese, one of America’s most notorious Mafia gang bosses who had spent the last six years in Atlanta Penitentiary as a result of testimony given by Cantellops, the government’s chief witness in one of New York’s major drug trials of the 1950s.

Nelson Silva Cantellops was buried out of RG Ortiz Funerals at 649 Prospect Avenue and laid to rest at Rosedale Cemetery, Linden, New Jersey on July 10th as Nelson Silva. His remains lie in single plot 22 tier 16 in the Sunnyside 3 section. There was never a stone to mark his burial place. According to the cemetery administration, his plot remains in place to this day. Rosedale was used by the state to bury those who died penniless.

He had been born in Puerto Rica, in either 1924 or 1925 not 1923 which is commonly listed as the date of birth. His mother died in childbirth and he was raised by his uncle, Raoul Silva. At some stage on his arrival in America, he added the name ‘Cantellops.’ A family legend suggests that he was born out of wedlock to perhaps a judge or a civil servant of a similar high rank. A man his mother had worked for.

The killers of Nelson were never identified.

Betrayal, as John Madinger, a senior criminal investigator for the IRS confirmed, always affects more than the betrayer and the betrayed. In Genovese’s case, Cantellops’ testimony began a chain of events which would have profound consequences for organized crime across America.

According to Sydney E. Zion of the New York Times, “it’s an old underworld maxim that one canary can do more damage than a roomful of bugs.”

By turning on the head of a major Mafia crime family, Cantellops put Genovese in Atlanta, where he would soon be joined by Joe Valachi, a soldier in the same family. Vito’s attitude toward informants was not improved by Cantellops’ treachery, something which would carry over into his dealings with others, including Valachi.

As a result, Valachi, feeling threatened, would act on his own and would himself, become perhaps the most important informant of his time: a Mafioso who would expose the face of the Cosa Nostra to the world in more detail than any before him, since the emergence of the secret criminal organization in New York at the turn of the 20th Century.

Although he was a minor, inconsequential figure in the landscape of the criminal underworld, Nelson Silva Cantellops created an imprint much, much deeper than the weight that supported it, and found his own, unique place in the history books that for the last sixty years have tried to untangle the complex and ambiguous threads that link the world of New York’s Mafia and the society in which it operates.

You can read more of Thom L. Jones stories at his Mob Corner at Gangsters Inc.