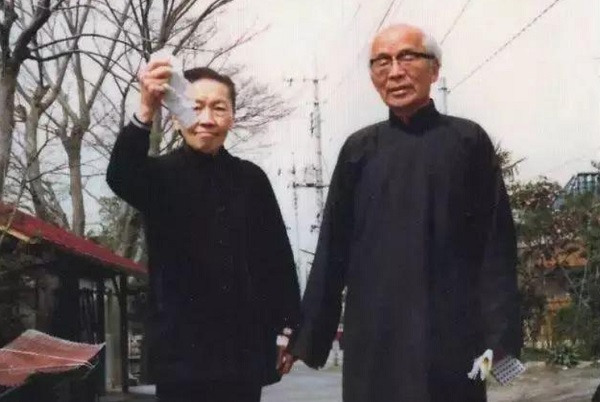 By “Asian Gangsters” for Gangsters Inc.

Female gangsters have always been a rare phenomenon in any time and place. Female gangsters like Bonnie Parker and Griselda Blanco are some of the best known lady outlaws, but little is known about the women from the east. Shanghai, China which was historically a breeding ground for organized crime, produced many females who rose to prominence in the underworld. One of these women was She Aizhen 佘爱珍.

She Aizhen’s (photo above, left) name is mostly unknown, but she was notorious in her day. Aizhen was a not just a female criminal, she was a certified gangster who struck fear into the hearts of many Chinese. Her interesting biography includes her days pulling off heists on the street, all the way to working for a secret police force during World War 2. Aizhen’s unbelievable story will show people that not only men were respected in the Chinese underworld. 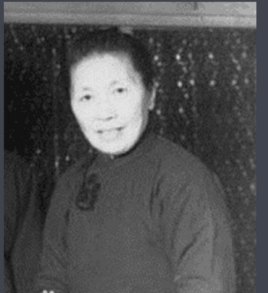 Aizhen was born in the year 1900 in Shanghai to a wealthy family comprised of descendants of Qing royalty. As a young girl, she was always the toughest one in school and she beat up many of her classmates. Aizhen (right) was fascinated with gangsters at a young age and desired to be an outlaw. At the age of 14, she got pregnant from an older gangster from the neighborhood. The boy didn’t want to marry her, so she threatened him with a knife until he accepted marriage. This is when she realized that she he could bully anyone into submission. She became a loyal housewife until the unexpected death of her son at 9 years old. After the death of her son, she divorced the young man and began to work in a casino in Shanghai.

Around the early 1920s Shanghai was booming and became known as the Sin City of the East. Gangsters ran the city and it was infested with casinos, opium dens and whore houses. The Green Gang dominated the all these rackets. The Green Gang were best known for its three prominent leaders: Du Yuesheng, Huang Jinrong and Zhang Xiaolin. Aizhen caught the attention of an older leader from the Green Gang named Ji Yunqing 季云卿. They became so close that Ji and his wife adopted Aizhen as their daughter. This led to her formally joining the Green Gang as a low level gangster. She became involved in extortion, robberies, drug dealing and shootouts - and she earned the reputation as the number one female gangster in Shanghai next to Huang Jinrong’s wife Lin Guisheng. 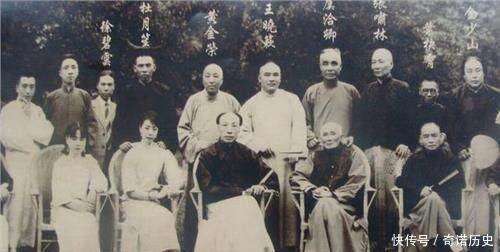 Ji Yunqing eventually introduced She Aizhen to another prominent Green Gang gangster named Wu Sibao 吴四宝 (left). Wu was a well-respected figure in the underworld and he earned a fortune from running casinos. He had the reputation of a merciless gangster who would routinely torture his enemies. Wu was also Ji Yunqing’s bodyguard and he saved Ji’s life from an assassination attempt. To repay his trusted bodyguard, Ji promised Wu his newly adopted daughter to marry—She Aizhen. Wu and She eventually got married and became the Asian Bonnie and Clyde.

Despite Wu’s reputation as a tough guy, it was said that even he feared his wife. On one instance, Aizhen caught her husband fooling around with a female singer, so she went to the singers house with armed men and shot in the air as she scratched the skin off her face. After Wu heard about the incident he feared for his own life and begged on his knees for his wife’s forgiveness.

Fast forward the late 30s. Wu Sibao became associated with the Wang Jingwei regime, which was a puppet state of Japan during their conquest of China. Wu and Aizhen became prominent members of the “No.76” which was the secret service of the puppet regime. They were employed to intimidate, beat, and sometimes kill Chinese people who were plotting against the Japanese. From 1939 to 1943, the No. 76 was involved with over 3000 assassinations and kidnappings.

One famous case of the secret service was the torturing and killing of Zheng Pingru 鄭蘋如. Zheng was an outspoken anti-Japanese social figure from Shanghai, which got her tortured by Aizhen and eventually shot dead. Aizhen’s role in the brutality earned her the name “Mother Snake” and she was considered the most feared woman in Shanghai.

Despite She and Wu’s government collaboration, they were still outlaws and heavily involved in the underworld. In 1941, She Aizhen and others were in a major shootout with British police after police asked them to hand in their guns when they were crossing the British Shanghai International Settlement border. The shootout ended with people dead on both sides, but Aizhen miraculously survived. Her driver and bodyguards were killed but Aizhen was found taking cover in a car covered in shattered glass. Aizhen became a legend in the Shanghai underworld after the shootout.

In the spring of 1942, Wu Sibao planned a major heist against the Japanese. He heard the Japanese wanted to ship a large amount of gold to the Zhengjin Bank. Wu Sibao sent gangsters to ambush the vehicles carrying the gold on Sichuan Road. The Japanese men fled, and Wu’s men successfully took over the vehicle. The problem was the driver fled with the key which caused the men to stall. The delay allowed Japanese authorities to come and arrest all the men.

Wu Sibao was eventually found guilty for masterminding the failed heist and he was imprisoned. She Aizhen bribed the Japanese so her husband can have good treatment in prison. Li Shiqun 李士群 (right), the leader of the No.76, bailed Wu out of prison one month later. Three days after his release, Wu was found dead in the city of Suzhou. The cause of death was said to be poisoning. It is believed that Li Shiqun poisoned Wu on orders from the Japanese. A year later Li Shiqun was also found poisoned to death, which led many to believe that She Aizhen avenged her husband’s death, however the case remains a mystery till this day.

At the end of World War 2, China was liberated after Japan surrendered to the allies in 1945. Any former collaborators with the Japanese were considered traitors and they were executed or imprisoned. She Aizhen was tried for her collaboration and sentenced to 7 years in prison. After her release she immediately fled to Hong Kong.

While in Hong Kong, She Aizhen reunited with another traitor from the Wang Jingwei regime named Hu Lancheng. Hu was a prominent figure in the regime and he was married to the famous feminist novelist Eileen Chang. She Aizhen became Chang’s rival and  made it her goal to steal her husband. Despite Eileen Chang’s talent and beauty, Hu Lancheng could not resist She Aizhen’s charm and the two became a couple. Shortly after, the two fled to Japan to avoid further prosecutions. 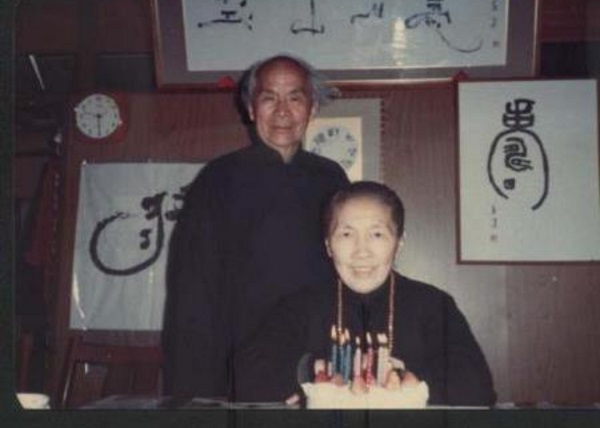 In Japan, She Aizhen and Hu Lancheng officially got married in 1954. She Aizhen ran a restaurant and was very popular amongst the Chinese community in Japan. She managed to get herself locked up again for a short period of time for unknown trivial matters. After her final imprisonment, She Aizhen lived a peaceful secluded life with her husband until his death in 1981. She Aizhen’s death date is unknown but it is rumored she died not long after.

She Aizhen was a tough woman who didn’t let her gender define her role in society. The time period in which she lived, makes her life even that much more extraordinary. Although She Aizhen is considered a traitor to the Chinese, she will still go down as a legendary figure in the history of organized crime. We hope this article will teach more people about this forgotten gangster lady.