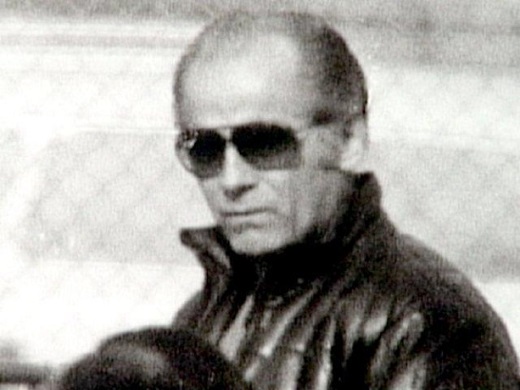 Boston crime boss James “Whitey” Bulger will finally stand trial this week. After going on the lam in 1994 he managed to escape the hands of justice for sixteen years until his arrest in 2011. Now, two years later, he will face a slew of RICO charges and former members of his crew who will testify against him. Boston crime reporter Dick Lehr wrote a new book about Bulger and sat down with the hosts of Crime Beat Radio to talk about the man who is, in the words of Crime Beat Radio host Ron Chepesiuk, like the Forrest Gump of the criminal world.

Jury selection for the highly anticipated trial will begin coming Tuesday in U.S. District Court in Boston. Following it closely will be reporter Dick Lehr who, together with Gerard O’Neill, wrote a book about Bulger titled “Whitey: The Life of America’s Most Notorious Mob Boss”. It’s their second book about Bulger as in 2000 they were the first to detail the gangster’s crooked relationship with the FBI and the deadly mayhem it caused in their book “Black Mass: Whitey Bulger, the FBI, and a Devil's Deal”.

“We were motivated to write this book,” Lehr tells Ron Chepesiuk and Will Hryb of Crime Beat Radio. “Having written Black Mass, one of the things we realized is that when Bulger became an FBI informant in 1975 he was already in his late forties, he’d lived half a life. Not much has ever been written about the first half of his life or his formative years so a biography was really overdue. He’s a big story, a big deal.” A big deal indeed. Countless books and articles have been written about Whitey Bulger and Hollywood has a huge interest in his story as well. Black Mass will be made into a motion picture and a big actor will play the role of Bulger. “Director Barry Levinson is deep into pre-production,” says Lehr. “They are ready to start filming this summer. But Johnny Depp is off the film. He’s not playing Whitey anymore. They got into a fight. It’s beyond my world of understanding, but it came down to a fight over a million dollars here and a million dollars there, a contract dispute. The producers are full steam ahead and looking for a new star. I think it will end up being in good shape.”

It will be the first movie about Whitey Bulger. Some people have said The Departed (right) was the first film to depict the character of Bulger, but Lehr disagrees. “Jack Nicholson played the anti-Whitey. Because Whitey is a very disciplined, self-disciplined, controlled guy and Jack was all over the map. I don’t see that as Whitey Bulger’s story.” The Departed also used a script based on the Infernal Affairs trilogy made in Hong Kong, a script that had nothing to do with Bulger or Boston.

Whitey Bulger: Stand Up and Rat

There have been many misconceptions about Whitey. Lehr: “In the 1970 and 1980s he was glamorized by the Boston media as a Robin Hood, as untouchable, outfoxing law enforcement with something very alluring and charismatic about him. But starting with the Boston Globe story in 1988, that was the tip of the iceberg in which we reported something goofy going on between him and the FBI, there has been a steady correction in the coverage of the city’s history. That initial newspaper article was going against conventional wisdom. Going against what everyone’s sense of reality was in Boston. The idea that Whitey Bulger would be an informant and have some kind of alliance with the FBI was laugh out loud unthinkable! He was the ultimate stand-up Irish mob boss. People thought it was some kind of parody, but it was the truth and the beginning of the unraveling of this myth that was part of so much damage and harm.”

The Making of Whitey

For their book Whitey: The Life of America’s Most Notorious Mob Boss Lehr and Gerard O’Neill talked to agents who worked with Bulger, gangsters who were in his gang, and dug up documents that have not yet been seen by the public or most reporters. Bulger himself was unfortunately not available to help out. Lehr: “We tried contracting him in prison, but never managed to set up an interview or meeting. You sure try cause you hope to get lucky. That’s the big interview, the big get. He’s held in confinement, separate from everybody else, 23 hours a day in his cell.” 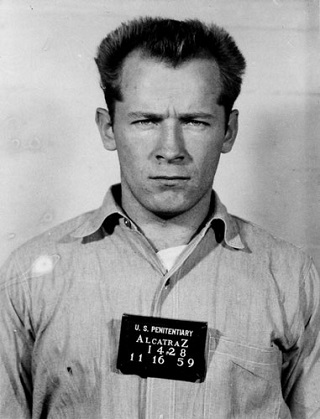 While much has been written about Bulger’s criminal exploits. Now at age 83, his early life is still relatively unknown to many. O’Neill and Lehr have put together all the pieces of Bulger’s life, growing up, his relatives, and even traced his family’s roots back to Ireland to find out more about where exactly he originated from.

“The neat thing about studying this guy’s life is that he’s been around for so long,” explains Lehr. “He was born in 1929 a few months before the market crashed. You start following Whitey Bulger and you’re piggy banking your way into a history of the 20th century, into all these areas. You’re at Alcatraz, The Rock, America’s most notorious prison, he was friends with the legendary Frank Fee Morris who escaped from Alcatraz, CIA LSD experiments in prison, national politics, I mean it becomes quite a ride.”

But one thing most people agree on is that Bulger is a psychopath. “A psychopath is someone who knows the difference between right and wrong, but just doesn’t care. He is without conscience. No one knows what creates a psychopath, but one is not automatically a stone cold killer. So what else was going on there [with Bulger]?,” Lehr asks.

In their book Lehr and O’Neill think they found the answer in Bulger’s tense and hateful relationship with his very elderly father and Bulger being the oldest son in the house. “When he was 9 years old he was on the streets and finding a nourishment there that he was somebody that he wasn’t finding at home so that began a cycle. We got hold of his juvenile record. He was arrested ten times at least. Not just stealing a pack of gum. Some early charges during his teenage years involve assault and battery, but he alluded consequences every single time. He was sentenced to juvenile prison, but that sentence was overturned on appeal so he didn’t have to go. So early on he gets the sense he’s someone special, a sense of entitlement, of being untouchable. What better adult version of that is when during his FBI years when he felt he had a license to kill? From day one he’s had that sense of entitlement. Even now, his legal defense is I shouldn’t even be here. I had a license to kill, I had immunity. I was entitled. It’s a lifelong theme. Those things you can peel away when you take a good long look at his life.”

Lehr: “Everyone’s image of what he is, is this unflappable stone faced killer, but he did get caught early on, and he never thought he would. He got ratted out by some of his fellow bank robbers in the mid-1950s. That was a life lesson. Better to be the rat than to be ratted out. He had done a string of bank robberies, was ratted out, captured, and sentenced to federal prison in 1956 when he was 26 years old. First stop was Atlanta penitentiary where he was thrown into an eight-men cell and he freaked out. He’s a control freak, he’s used to having control over his immediate environment and being in charge even at age 26. Here he was with seven other guys who were not impressed with him and within three months he checked himself into the prison psych ward saying he couldn’t take it anymore. It goes against any public image or persona that we have of him.”

The Big Man on Trial 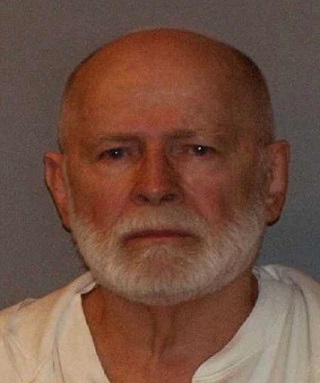 So why is Bulger such a big deal? Why is everyone so fascinated by his story? According to Lehr he will go down in history if one of the most, if not the most, significant crime figures in the United States. Lehr: “Not because of his longevity or body count, but because of the FBI thing. No one has compromised the FBI like he did. Not just in one case, but for nearly two decades he had a band of compromised and corrupted agents essentially part of his gang, working for him. They enabled him to rise to the top of the underworld and then oversaw his reign of terror.”

The indictment even features a string of murders categorized as the tip off murders. “That’s because FBI agents tipped Bulger off, saying: This other underworld figure is coopering against you. They tipped him off and Whitey Bulger’s solution is murder. So you cannot prosecute Bulger without prosecuting the FBI. That’s the historic significance of this guy.”

One of the big questions is whether the FBI continued to protect him after he went on the lam and became a fugitive. If they did offer him protection, then how did he end up standing trial, asks Lehr. “I think there are indications that the FBI certainly acted like a bunch of keystone cops during Whitey’s first two years on the run,” Lehr adds. “He was vulnerable then because of all the contact he continued to have with family and friends and the moving around. A fugitive should cut all ties to be successful and he hadn’t done that. But the FBI, whether by design or just because of incompetence, really messed it up. It took Whitey two years to settle in Santa Monica but once he did he flipped a switch and there really is no indication that over the years the FBI somehow knew where he was and were just leaving him alone and keeping an eye on him.”

Another thing Lehr and O’Neill noticed was Whitey’s relationship with his brothers. “It was a big surprise how loyal they have been ever since they were boys. We were able to document that in a way that’s never been done before. We put together both material that was out there but had never been linked up and also some new stuff we got hold off. When Whitey took off in 1994 and was a fugitive from justice it was astonishing to realize that the first two years when he was a fugitive until he settled in Santa Monica, he was in regular contact with his brothers Bill and Jackie in Boston. Authorities eventually found out and prosecuted Jackie.”

“When you prosecute Whitey you are looking at the government and FBI collusion and even though we learned so much it’s going to be restated unlike during any of the previous trials. Whitey’s lawyers are really aggressive and I think they might shake lose some new information that’s important to the public’s understanding of how things could go so horribly wrong . I think it’s an important trial in that respect, not just a big compelling drama of a big crime boss.”

Could Bulger pull off another disappearing act? Call in a favor? Some luck of the Irish perhaps? Lehr: “If somehow Whitey got lucky again, it still wouldn’t be over. He faces murder trials in Oklahoma and Miami for murders there. Realistically speaking, it’s over. He will never be set free.”

You can listen to the whole interview here. Also check out the Crime Beat Radio website for their schedule of upcoming guests and to listen to past shows.

You can buy the books Black Mass and Whitey: America’s Most Notorious Mob Boss on Amazon.com.