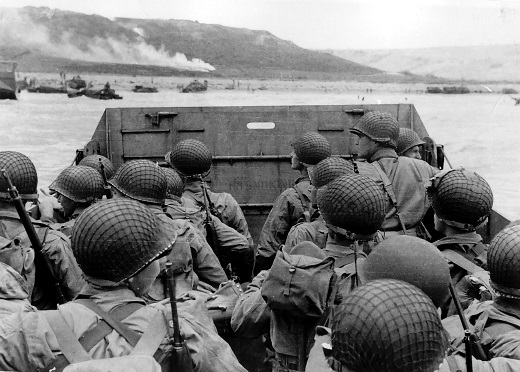 The ghosts of past conflicts and crimes still haunt the streets of Palermo.

Near the harbour, around Piazza Fonderia, you can see the bomb shattered remains of buildings hit by the Allies in preparation for their invasion of the island in 1943. In the Giardino Garibaldi, with its extraordinary ancient fig trees with drooping aerial roots, you can see a plaque dedicated to the memory of New York detective Joseph Petrosino, gunned down by a Mafia Godfather in 1909.

Along the elegant Via Roma, you can step into the foyer of the Grand Hotel Et Des Palmes, little changed in its marble and mirrored luxury since Lucky Luciano stayed there in 1946, making transatlantic deals with the local Mafiosi.

Talking to Sicilians in Palermo you soon get a clear picture of how they view their own history. They remember the delight of their parents being liberated by the Allies from Fascist rule and German occupation. They recall the pleasure of being given sweets and food by American soldiers—and wearing American clothes sold in local markets for years afterwards. But when you talk to them about the Mafia and the Allies, they have one certain vision of what happened.

“They make the same mistake, they make all the time,” says one Palermo resident, whose parents saw the bombs rain down on their city. “They made a deal with the bad guys and then we got stuck with the Mafia back in control.”

But is this true?

There are many anecdotes that support the notion that the US did strike a deal with the Mafia to help them conquer Sicily. The most famous story is that Allied troops and tanks rolled into Sicily in 1943 carrying yellow flags emblazoned with the letter ‘L’. The ‘L’ represented the infamous mobster ‘Lucky’ Luciano.

From his Great Meadow prison cell in New York State, Luciano had struck a devil’s deal with the US government to help them secure New York’s docks from Nazi or Fascist sabotage. As an extension of this pact, it is said, not a single shot was fired by Italian troops at the invading Americans in Sicily.

Despite Mussolini’s successful crusade against the Mafia, in the 1940s, the Mafia still commanded tremendous influence in Europe and America. As a result, the Allies needed the Mafia. Arguably, the US wartime government could not have controlled the vital New York docks without the assistance of the Mob. The Mafia even believed it could alter the course of the war by assassinating Hitler and his top henchmen.

To uncover the truth of these remarkable claims, I have explored archives in London, Washington and New York, analysing first–hand intelligence reports made by Allied agents dealing with the Mafia on a day-to-day basis. Many of these reports have never been published before or cited in Mafia literature. I have visited the sites of notorious Mafia crimes and report the testimony of people who were there at the time—including those recorded in the secret Herlands report which remained top secret for decades after the events described. These accounts bring to life one of the most important – and hitherto unexplored – areas of the Allied war in Europe.

Some of the players in the game are known. Allied connections with the Mafia undeniably reached the highest level. Recommendations to work alongside mobsters were put before senior US generals and politicians—including supreme commander Dwight Eisenhower. Even war leaders Churchill and Roosevelt were keen to exploit Italian-American connections. Notorious gangsters Lucky Luciano, Meyer Lansky, Frank Costello, and Vito Genovese all played their part in the war on Hitler and Mussolini, mixing easily with senior military officials on both sides.

Some remarkable new characters also emerge. The implacable English Lord Rennell who took on the Mafiosi in their own realm. The humble US Sergeant Orange C Dickey who defied everyone—including his own superior officers—to arrest a top Mafioso. We see how Sicilian mobsters and bandits exploited the chaos of war to carve out an independent fiefdom for themselves in the Mediterranean.

Many of these tales have never been investigated or published before. In my book, for the first time, is a complete account that definitively answers one of the greatest mysteries of World War Two – did the Allies made a secret pact with the Mafia?
Tim Newark is the author of the recently published Mafia Allies: the True Story of America’s Secret Alliance with the Mob (Zenith Press). European and British readers can buy the UK edition called The Mafia at War (Greenhill Books), which is available directly from www.greenhillbooks.com at a special discount.