The American Mafia, known as La Cosa Nostra, has always had a thing for using nicknames. “Joe the Boss,” “Charlie Lucky,” “Benny Squint,” “Benny Eggs,” “Tony Ducks,” “Gaspipe,” “Sonny Black,” “Sonny Red,” “Chin,” “Crazy Joe,” the list goes on and on. Why is that?

Just last week, authorities busted 46 leaders, members, and associates of five different La Cosa Nostra crime families involved in a wide-ranging criminal conspiracy spanning the entire East Coast, with branches in Florida and Costa Rica. Besides the serious charges there were some other things that stood out when reading the indictment.

Author Pierre de Champlain wrote the book Mobsters, Gangsters, and Men of Honor: Cracking the Mafia Code, in which he explains why mobsters behave or operate the way they do. In it, he shares some insight about the use of nicknames by the mob.

“Nicknames are used to conceal the real identity of their members to make it difficult for law enforcement officers to identify who is being talked about,” he writes. “Members of Cosa Nostra may go their entire lives without ever knowing the real identity of their confederates. During introductions, nicknames are commonly used. It is considered improper to ask for someone’s real name; a member is supposed to ask questions only about matters pertaining to him.” 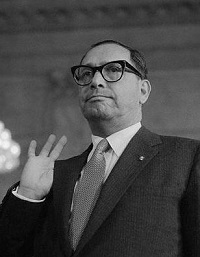 Nicknames can be given either by close family and friends, fellow mobsters, or by members from law enforcement and the media. Gambino family mob boss John Gotti, for instance, went by the nickname “Johnny Boy” for most of his career. Once he hit the media spotlight he was renamed “The Teflon Don” (because he beat several criminal cases in court) and “The Dapper Don” (because he liked to wear expensive suits and took pride in his appearance).

Mafia boss Gaetano Lucchese (right) was nicknamed “Tommy,” but an industrial accident in 1915 in which he lost his right thumb and forefinger would earn him the nickname that stuck. Five years after the accident, young Lucchese was arrested on auto theft charges. The police officer booking the thief compared Lucchese’s deformed hand with the hand of Major League Baseball pitcher Mordecai “Three Finger” Brown and nicknamed Lucchese “Three Finger Brown.”

He, too, hated his nickname.

“A nickname can be attributed for many reasons,” De Champlain writes. “It can derive from someone’s past history or from a particular incident. It may relate to a physical characteristic or it may convey status.”

Sometimes it’s all of the above, as was the case with Colombo family underboss William Cutolo. Known for wearing cowboy boots and a large brown hat, it was clear a Western-themed nickname would do, but it wasn’t until Cutolo beat a man with a baseball bat that he was nicknamed “Wild Bill.”

Though the nickname highlighted Cutolo’s wild side, it also emphasized he was not a man you could cross. He was highly respected within the Mafia and was eventually murdered by the Persicos because they feared he might try to take over as head of the family.

Talking about baseball bats, Chicago mob boss Al Capone appreciated the sport too. He could frequently be seen at games, sitting front row as players came up to him to pay their respect. In turn, Capone appreciated the way his bodyguard Antonino Accardo had handled some guys who needed to be dealt with. Accordo had used a baseball bat to get his point across, prompting Capone to say, “This kid’s a real Joe Batters.”

Al Capone at a baseball game

From that point on Accardo was called “Joe Batters.” Within a few decades, he himself would ascend to the top of the organization, becoming one of America’s most powerful gangsters until his death of natural causes in 1992. 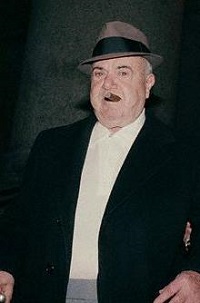 Sometimes, however, nicknames cause even mobsters to get confused. Like on May 22, 1984, when Genovese crime family leaders “Matty the Horse” Ianniello and “Fat Tony” Salerno were reviewing a list of men who were proposed to become made members of the Mafia.

“I don’t know none of them,” Salerno lamented. “They don’t put the nicknames down there.”

Apparently, the maker of the list opted to put just each member’s real first and last name on it. Not his nickname on the streets. Salerno’s (right) ensuing confusion proved exactly why nicknames are so useful to the mob when avoiding investigators and the law.

Each nickname has its own story, its own history. Take a few minutes to browse through the many articles and profiles on Gangsters Inc. and you will discover many of the origin stories behind gangsters and their nicknames.

Trust us, you’ll be entertained.