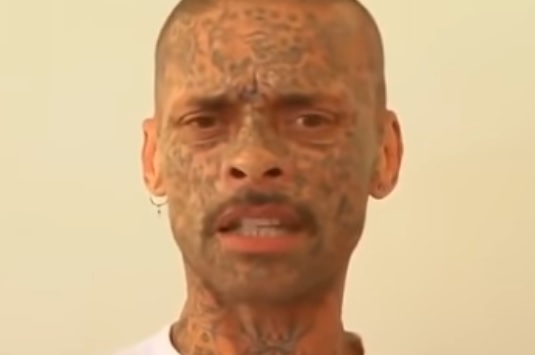 By Niko Vorobyov for Gangsters Inc.

Clouds sweep across the flat roof of Table Mountain like a giant swirling tablecloth. Cape Town is a beautiful city. But east of Table Mountain and its trendy suburbs lie the Cape Flats, where the First World meets the Third World: slums and shantytowns as deprived as anywhere in Africa. Originally built during apartheid, Khayelitsha grew as a squatter site and is now home to a very unique and unusual museum.

Siya Daweti knows a lot about gangs. He rolled in one himself as a kid, and at one point had two guns. Once a rival gang ransacked his house, looking for him.

“They broke everything; my mother’s laptop,” he said. “And once I got hit over the head with a hammer. You see this scar?”

The 1950 Group Areas Act marked the start of apartheid. From the 1950s through to the 1980s, the government tore down historic black, Colored (mixed-race) and Asian neighborhoods like District Six. The forced removals literally tore apart communities and uprooted whole families to the Cape Flats and townships like Khayelitsha, which means “New Home” in Xhosa. Cut off from their family support network – before, aunts, uncles and members of the community watched over kids (“It takes a village…”, etc.) — there was no sense of social bonds or working-class identity: a vacuum filled by gangs. Now children bring pangas (machetes) for gang fights at school. “It’s so easy for the kids to join gangs here because there’s nothing to do,” Siya explained. “Their parents are working from seven in the morning to seven at night. Their brothers and sisters end up looking after them; sometimes only a few years older.”

Together with his business partner Wandisile Nqeketho, Siya founded the 18 Gangster museum in Cape Town’s Khayelitsha township. The museum consists of a shipping container fitted out to look like a prison cell where the museum’s curators, ex-convicts and gang members themselves, tell you of their life of crime and sitting behind bars. The museum doesn’t glamourize thug life, instead telling a cautionary tale and helping outsiders understand the reality of crime and punishment. But why’s it called the 18 Gangster museum, you ask?

Zulu mythology and the Numbers Gangs

South Africa’s mafioso culture revolves around three gangs – the 26s, 27s and 28s, aka the Numbers, and their bizarre pseudo-Zulu mythology. The Numbers began as bandits led by the Zulu warrior Nongoloza in the 1910s. Legend goes that back in 19th century, Nongoloza found a wise old man named Po, who told him working in the mines is for suckers. Under the tutelage of wise master Po, his Obi-Wan Kenobi, Nongoloza hung out in a disused mineshaft, gathering a band of followers including another outlaw named Kilikijan. That’s when things started getting weird.

Kilikijan and Nongoloza killed a white farmer, stole his cow, slaughtered it… then drunk it’s blood.

One night when Kilikijan got back from a hard day’s robbing he found Nongoloza getting freaky with one of his men. Nongoloza said Po told him women were poison and he must wife his own soldiers, Kilikijan called bullshit, and they had a fight. To settle their squabble, Po told them to go down to the mines and see if the miners kept themselves company on lonely nights. They did, but the significance of the miners taking shaft (as opposed to digging shaft) was lost because when they got back, Po was dead. If you’re confused about the moral of the story, don’t worry, you’re not the only one.

Nongoloza and Kilikijan went off to form their own bands, only to get captured and meet in jail where a third gang, the 26s, was formed. The 26s were tricksters and conmen, so they looked after the money; the 28s (Nongoloza’s faction) were fighters, while the 27s were to keep the peace between the two. The others hate the 28s for supposedly being homo thugs, but according to Jonny Steinberg’s book The Number, low-key man-on-man action goes down in the 26s as well.

“I joined the 28 gangsters because had some friends who were in it already,” said Thando, one of the museum guides. “It is the biggest; the first gang you will find in prison.”

“As a kid growing up, my father was in the Christian apostolic church, but he died of kidney failure. Then I found out my mother wasn’t my real mother and she died too, and I began asking myself so many questions. I’d start smoking ganja, Mandrax (a sedative) and meth, and I’d drink too much. Police looked for me for six months for a murder case while I hid in friends’ houses. But I handed myself in after getting tired of running, because if you keep running you’ll miss your whole life.”

Standing up to apartheid

Thando ended up doing four years inside before beating the murder rap (he wasn’t involved). But while he was there, he had to join the 28s for protection. Inmates are divided into ndotas (OGs) and frans (non-gangsters), and the franses get treated like dirt. South African jails are a brutal place, and if you’re not careful you might end up as somebody’s Fleshlight. 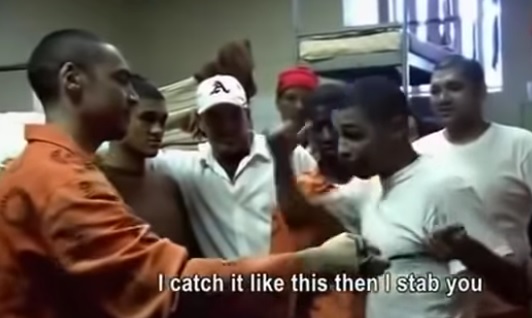 “In prison you’re living like an animal,” added Rocky, another ex-con and a 27. “If you don’t exist in a gang you can’t sleep on the bed, only on the floor, sometimes with 30-40 people in a room. Maybe something bad will happen to you like you’ll get raped. The guards can take you, discipline you, torture you, beat you, pour water over your head and shock you. Joining a gang’s the only option.”

In the old days the Numbers saw themselves as standing up to apartheid and white colonial rule. They even had their own, secret language. There’s some parallels with the Russian mafia – the vory v zakone formed in Stalin’s gulags were fiercely anti-communist. The Numbers still see themselves as standing up for prisoners’ rights: if any warder threw his weight around too much he’d quickly get acquainted with the stabby end of a shank. If a member commits an infraction, the Numbers have their own courts with a jury of twelve to hand out punishments, which can range from beatings, stabbings to gang rape.

“The most important rule is not to share the things of the gang with those who are not part of the gang,” Thando said. “Once in prison I got beaten with a lock because I broke the law of the gang.”

“What law did you break?” I asked.

Crime waves follow major upheavals in society – the unification of Italy, or the gunslingers riding in the Old West after the Civil War. On May 1st, 1994, apartheid ended and Nelson Mandela was elected president. Mandela kept the nation together, holding it back from a Congo-style bloodbath between Boers, Zulus and Xhosa. But for many in the Cape townships it seemed little had changed.

A culture of violence evolved shaped by brutal memories of both apartheid and the struggle against it. Police opened fire on anyone who tried to protest, most infamously in the Sharpeville massacre, while ANC guerrillas used the practice of “necklacing”; throwing a rubber tire filled with gasoline over an informer and setting it on fire. Throw a load of guns in the mix – either left over from the conflict or looted from private collections. Firearms also had a way of wandering from police armories. 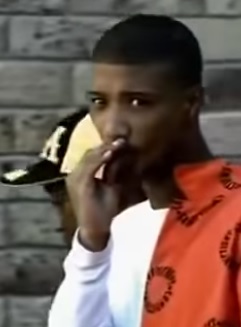 After apartheid ended South Africa embraced neoliberal capitalism. While already a free market economy, most of its wealth was in the hands of whites, with a deepening divide between the haves and the have-nots (who remained largely black and Colored). Crime, already rising under apartheid, spun wildly out-of-control. Carjacking became an industry: criminals shopped for custom orders for a particular make at gunpoint, the cars then shipped off and sold in other African countries.

One crime in particular’s haunted South Africa — home invasions of white farmers. White South Africans feel they’re under attack as payback for apartheid, understandable given what happened elsewhere in Africa. While it’s not clear whites are targeted more than everyone else (would you really be safer in a township than a rich guy’s ranch? I don’t think so), at least one of those attacks, the savage murders at Nieuwoudtville in 1996, was a symbolic act to take control of the 27s. Four men beat or stabbed all but one members of a household to death, including a two-year-old girl, then raided the fridge and took their meat. By killing the white family in such a horrific way and taking their meat, the head bandit was declaring himself, in the Number’s twisted mythology, the heir of Kilikijan.

The police shake-up left them powerless to do anything. Under apartheid, officers were given powers outside the law – to break up meetings, even to make sure someone was never heard from again. The cops got used to beating out confessions, which they couldn’t do anymore. Undermanned and underfunded, it’s not surprising they cut corners. Gang leaders like Jackie Lonte were allowed free reign in return for “dealing with” anti-apartheid activists. After apartheid, a mass recruitment drive (partly to hire more black officers, partly to get a lid on the crime problem) left too many rookies in the field. Bribery and corruption were common. Those who could afford it moved to gated communities patrolled by private security firms.

That wasn’t all. The opening of the borders and unchecked corruption in the 90s left South Africa home to international crime syndicates, including the Russian, Chinese, Serbian, Indian, Nigerian, Czech and Italian mobs. But the local gangs were too fearsome for them to muscle in on the Cape Flats. Instead, they focused more on the supply side: cocaine, Mandrax as well as crystal meth (locally known as ‘tik’).

Meanwhile, drug dealer Jackie Lonte finally went to the big house and came out a 26. His crew, the Americans, allied with the 26s, while his arch-nemesis Colin Stansfield cozied up to the 28s. Street thugs took to calling themselves ndotas as they adopted the Numbers’ mythos. It was a quid-pro-quo: drug lords could buy the Numbers’ status in prison, and in turn the Numbers could get steady ‘employment’ on their release. Turf wars raged across the Cape Flats which continue today. Lonte went down in a hail of bullets outside his house. By the mid-90s, Cape Town had one of the highest murder rates in the world. Last year, the situation got so bad the army got called in. Street life mixed with jailhouse culture and the drug business created the perfect storm in the townships.

The museum’s location in Khayelitsha, where the army’s been deployed to fight gangs, grounds it with a sense of here-and-now (unlike, say, the Mob Museum in Las Vegas, which looks at a bygone era). But visitors needn’t be afraid: Khayelitsha is one of the safer townships, with one of its nightspots, Rands, drawing crowds from all over the city.

“Being a gang member and criminal activity didn’t achieve anything for me or my kids,” Thando said as I bid him goodbye. “The 18 Gangster museum gave me chance to work on myself and change my life.”

“I don’t want to be in the gang any more, I only want to bond with my son,” Rocky added. “I want to teach him the truth, not to follow in my footsteps and make the same mistakes his father did.”

You can book a visit to the 18 Gangster museum through their website: http://www.18gm.co.za/

With thanks to Brian and Nomaphelo.

Niko Vorobyov is a government-certified (convicted) drug dealer turned writer and author of the book Dopeworld, about the international drug trade. You can follow him @Lemmiwinks_III