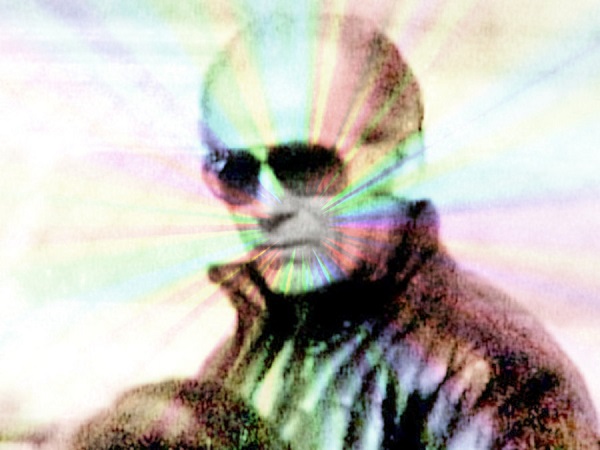 The year is 1957. A 28-year-old inmate by the name of James Bulger is serving a 20-year prison sentence for armed robbery. That’s a long time to spend in a tiny cell. A doctor proposes the young Bostonian participate in a drug experiment to earn an early release. He accepts.

Why wouldn’t he? Dr. Carl Pfeiffer seems trustworthy. He’s a professor at Emory University medical school and is currently conducting some experiments at the Atlanta federal penitentiary where Bulger is staying. Specifically, he’s testing the impact of a new drug called LSD on human beings.

In return, he offers inmates who volunteer for his program three days off their sentence for each month that they participate. It’s not much, but for Bulger it’s all the motivation he needs. “Also,” he writes, “I was a believer in the government to the degree they would never take advantage of us and also I felt that I would be giving something back to society.”

These tests weren’t just for laughs and giggles. “We were encouraged to be human guinea pigs in a noble humanitarian cause – searching for a cure for schizophrenia,” Bulger writes. “We were told they could induce all the symptoms of schizophrenia by a chemical LSD-25.”

Once every week, Bulger and his fellow guineas check into the prison’s neuro psychiatric ward located in the building’s basement. Surrounded by bars and a steel locked door, the inmates are given varying doses of LSD.

Bulger: “Sometimes light doses, sometimes massive doses that would plunge us into the depths of insanity followed by periods of deep depression, suicidal thought and nightmares and interrupted sleep.”

Two years later, Bulger transfers to Alcatraz, San Francisco’s infamous prison from which escape was deemed impossible. There, he realizes that though the experiments have stopped, the LSD still surges through his veins. “I had visual and audio hallucinations. I never mentioned it to the officials or doctor. I feared they may permanently commit me to a mental institution.”

It feels like a hallucination when he is granted parole in 1965. He gets to breath fresh air, in freedom.

High on this potent drug, he returns to his stomping grounds of South Boston. He works for local mob boss Donald Killeen, who doesn’t last long and is replaced by a man named Howie Winter. It’s a world filled with violence and death. Not that anyone would acknowledge that. What violence? What death? Get the fuck out of here!

In that world, you don’t talk. You keep your mouth shut. Then again...

By the 1970s, Bulger is talking to the FBI. His handlers talk to him as well. Some great conversations ensue. Chit chat. The 1980s arrive. Yada yada. James “Whitey” Bulger becomes the new boss of the South Boston mob.

His enemies disappear or go to prison. Bulger stays behind, counts his dollars, enjoys his power. Extortion, loansharking, gambling, robberies, drug dealing, and arms trafficking. What a business!

The Boston Police Department and the Massachusetts State Police are operating with blindfolds on. Their ears filled with cement. It’s impossible to get the drop on the rising kingpin of the Boston underworld.

While the cops continue their hunt, Bulger and the FBI continue their splendid chats. Nothing better than some good food, fine wine, and a pleasant conversation with old friends. Every now and then, the federal agents and their boss are joined by William Bulger, the gangster's brother who is also President of the Massachusetts State Senate.

Oh, what a nights they have. Life is fun, but business never sleeps. Threats are uttered. Violence is used. Against men, women, and children. It’s his neighborhood. They are his people. He decides who pays and who dies.

The years pass by. In 1994, all his enemies are gone. Even the once fearsome Italian Mafia in Boston is merely a shadow of its former self. With a lack of targets, authorities gaze at the big prize: Him.

He has one last talk with his FBI handler. After that it’s time for a road trip. He takes his girlfriend. They say farewell to South Boston and drive. And drive some more. They keep driving. See the United States. Enjoy all the great views this grand country has to offer.

His former underlings are arrested. They hear about his pleasant talks with the FBI. They want some fun chit chat too. He reads about their stories in the newspaper, watches them on the news. He sees the books about his business in store windows. He sees himself on America’s Most Wanted. Several times.

Santa Monica, California, is like heaven on earth. The climate. The ocean. The beautiful view. Somehow, the cold touch of the handcuffs doesn’t match with any of it.

The year is 2017. An 88-year-old inmate by the name of James Bulger is serving two life terms plus five years for racketeering and multiple murders.

LSD is a hell of a drug.