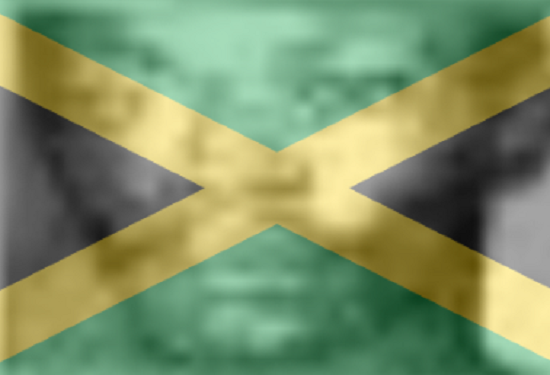 A Jamaican street legend. That’s who Wayne “Sandokhan” Smith was. He will forever be known as the man who – after police treated his girlfriend harshly - attacked a police station, killed three officers, stole their guns, and got away – if only temporarily.

Born in 1962, Smith grew up in poverty in Kingston, Jamaica. The island offered little opportunity for the majority of its inhabitants, who had to make do with what they had. For those who had nothing, it meant turning to a life of violence and crime to get by and put food on the table. It was their only way out.

From Jamaica to New York and Kansas City

School definitely wasn’t, for Smith (photo below) at least. He left and got involved in crime. His first arrest occurred in 1979, for robbery. Within a few years, he had become the “Don” of a posse bearing his nickname that ruled the Kingston neighborhoods of Olympic Gardens, Waterhouse, Callaloo Bed, and Riverton City, and even had established branches in New York City and Kansas City in the United States. 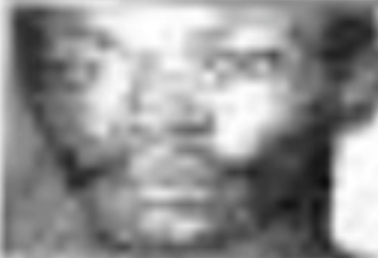 Smith’s posse smuggled drugs (marijuana and cocaine) into the United States and had his men traffic money and guns back home. If a war broke out on either side of the ocean, the posse would go to war with its rivals on both sides simultaneously. The Jamaicans took their gangster reputation extremely seriously and would die defending it.

No wonder then, that a man of Smith’s (photo right) stature was wanted by police on several shootings and various other offences. He managed to evade capture, however, hiding out in his heavily guarded neighborhood where police would have to come in heavily armed and ready for war if they would want to arrest him.

Diss my girl and I’ll burn down a police station

Then, in November 1986, tension erupted in an explosion of violence and death. Accounts vary, but one thing is certain: in their pursuit of Smith, police officers had mistreated or disrespected Smith’s girlfriend. Upon hearing about this, Smith vowed revenge. The police officers involved were from the Olympic Gardens station so that is where he targeted his murderous rage.

He got together several trusted posse members, devised a plan and began tooling up - making several Molotov cocktails and grabbing M-16 rifles. Around 1:00 a.m. on November 19, the group led by Smith attacked the Olympic Gardens Police Station, a structure comprised of two floors with the upper floor housing the bedrooms for personnel and the ground floor the guardroom, armory, and jail.

Sergeant Ezra Cummings, Constable Raymond Thomas and District Constable Archibald Robinson were caught completely by surprise. Burning Molotov cocktails flew through the air and engulfed the station in flames as Smith and his posse fired their automatic weapons at the officers. The three aforementioned policemen were murdered in cold blood. The posse looted the armory and made off with an unknown number of weapons, including more M-16s.

One officer had managed to hide and alert his colleagues. By then Smith and his crew were nowhere to be seen.

The attack shocked the nation and every cop in Jamaica had his eyes on this case. Investigators soon discovered a big lead: one of the Molotov cocktails had failed to explode and a fingerprint was lifted from it pointing straight to a man named Kenneth Whorms.

Police found him at a house in Waterhouse in Kingston where they shot and killed him. Inside the house, they found several of the stolen weapons, including one of the missing M-16s.

The next man linked to the case, Nicholas Henry, was caught in Waterhouse as well. More of the weapons were recovered and Henry was eager to share details with investigators in return for his life.

After he told them all about the attack and killing of the three police officers, he pointed to Smith as the man who masterminded everything. Henry’s story was corroborated when police raided one of Smith’s safehouses. Inside they found the plan of attack on the police station. But they had just missed the big man himself.

Smith realized there was no way he could remain in Jamaica and booked a flight out of the country. He was at the airport in Montego Bay when his escape plan was thwarted by an immigration officer who discovered his travel documents were false.

Caught and standing in front of police, he allegedly confessed to the murders, saying: “The police [disrespected] my girlfriend and so I decided to retaliate.”

Smith was charged with murder, arson, and robbery. It looked like the game was over for Smith. He was at a courthouse jail awaiting his trial on September 17, 1987. Then, out of nowhere, he escaped.

Exactly how this happened remains somewhat of a mystery. Smith says a man came and opened his cell door, telling him he was free to go. But once Smith arrived back at his old haunts, his friends and family convinced him that he should turn himself back in. They told him he was being set up by police, who would swoop in with an execution squad and take him out. Smith went to his lawyer and turned himself in.

After a short trial, on March 17, 1988, Smith was found guilty on all charges and sentenced to death.

Authorities weren’t done with him just yet, though. They also charged him with the murder of Eddie Curniffe, who was killed in October 1986 in the midst of a gang war. Again, the verdict was guilty and the sentence death.

Sitting on death row, facing a certain ending, Smith tried every trick in the book and pulled off another prison break on June 15. By now, he was the most wanted man in Jamaica and his behavior came to reflect it. Several weeks after his escape he got in a shootout with police. He was wounded but got away again.

Ten days later, he shot and killed Moses “Bredda” Bent in Riverton City. Four days after that, on July 31, Smith and several members of his posse took 16-year-old Robert Wynter from his house and accused him of being a snitch. They tied the young teenager to a car and literally stoned him to death.

Smith was spinning out of control, living from hour to hour, getting more violent with each passing day. He remained the Don, but was making life hell for every gangster operating in the area, especially members of his own posse. Police constantly raided neighborhoods and came down hard on everyone in their hunt for “Sandokhan”.

Enough was enough, someone decided. The big “Bad Man” needed to go. On September 8, 1988, Smith’s bullet-riddled corpse was found lying in the bushes. The bullets were fired by one of the M-16s stolen in the attack on the Olympic Gardens Police Station.