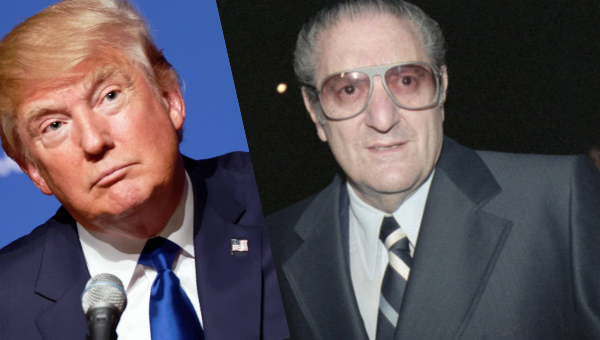 The junior LaRossa is the author of the new book Last of the Gladiators: A Memoir of Love, Redemption and the Mob, released yesterday by Bancroft Press, one of the top ten indie publishers in America. 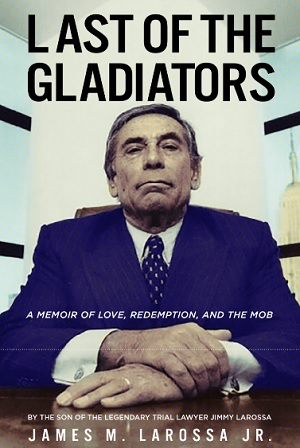 Basically, the government used the law to get warrants to bug Mafia leaders’ houses, social clubs, and other places to catch them talking about planned crimes, such as murder. LaRossa heard all about RICO from his father and their friends—enough to become a bit of an expert.

“Initially, I had no idea that RICO was not a person but an acronym for the most consequential federal racketeering statute ever enacted,” LaRossa explained. “Jimmy would spend almost all of his professional life trying to counter this prosecutorial guillotine of a law when representing famous mobsters, politicians, businessmen, and even other lawyers.”

Giuliani would announce his crowning prosecutorial achievement, known as the Commission trial, which would increase his own power tenfold. “Giuliani was then a white-hat government crusader,” LaRossa explains, “and had his sights set on bringing down the entire Mafia in one fell swoop. To accomplish that, he would ramp up the RICO statute. By the turn of the century, RICO cases resulted in virtually all the top leaders of the New York Mafia being sent to prison.”

From Hells Angels to FIFA

“While RICO was intended originally to snag the upper echelon of the Mob, it was expanded, subsequently, to charge members of the Catholic Church, the Oakland chapter of the Hells Angels, the Key West (Florida) Police Department, and even FIFA—the preeminent European sports association—with racketeering.”

Jimmy LaRossa, one of the most successful defense attorneys of the twentieth century, died in 2014. But, LaRossa said, his father would love to see what could well happen to Trump and his own company because of RICO.

“When my father died, I could not have known how much his professional journey would match that of our nation. “How could I have explained to him RICO’s current popularity and broad use—a man who often managed to defeat the original RICO statute for the benefit of his Mob clients? How about another well-worn axiom: Well, Dad, what goes around comes around?

“History will repeat itself”

“It seems that each passing week of the Trump Administration moves us incrementally closer to an historical reckoning in which the characters of my childhood, including those from Watergate, re-emerge to become household names to a new generation, which includes my own children. I am reminded that the past is rooted in another axiomatic theme: If you live long enough, history will repeat itself.”

Said LaRossa, “On the day that President Nixon resigned— August 9, 1974—I could not have imagined that Donald Trump, the epitome of New York’s largesse, would become the forty-fifth President of the United States in 2017. Or that Rudy Giuliani, the former United States Attorney for the Southern District of New York, who used the RICO Act as a brutal cudgel against anyone attempting to halt his quest for political fame, would today find himself, behind the scenes, preparing to defend against racketeering-style charges brought against his client, President Donald J. Trump, after leaving office.

“In the irony of all ironies, President Trump could face the very racketeering statute that helped establish Giuliani’s once-potent prosecutorial reputation—an act that carries with it the potential penalty of losing all property obtained through racketeering and corrupt practices.”

You can read more about James M. LaRossa Jr. and his book at his website.