For a Sicilian Cosa Nostra boss loyal to omerta, the code of silence, Toto Riina was quoted in the media an awful lot of times in the past few months. His incriminating and outright hostile words brought back memories of his vicious war on the Italian State during the 1990s in which the Sicilian Mafia terrorized the entire country with bombings and murders costing the lives of judges, politicians, policemen, journalists, and many more.

The trip down memory lane is not so unusual seeing as how Italy is currently dealing with its demons from the past. In May of last year, the so-called Mafia – State trial began, focusing on the alleged truce the Italian government made with Sicilian Cosa Nostra that ended the violence between them and would improve prison conditions for Mafiosi.

Read: Angelo Gallitto wrote an extensive piece detailing the trial and its defendants in an article for Gangsters Inc. For Toto Riina (photo right, black coat) this trial is a major nuisance. At least that is the impression he himself gives off in conversations recorded by prison officials in November of 2013. “Di Matteo shall die and all the prosecutors of the negotiation [trial] with him,” Riina was overheard saying, La Repubblica newspaper reported in November 2013. “They're driving me crazy. They have to die, even if it's the last thing I do.”

After learning of the threat against his life, Di Matteo beefed up his security detail.

But Riina was not letting up. During recreation time at the prison in Milan, Italy, where he is being held, the old boss of bosses spoke to Sacra Corona Unita boss Alberto Lorusso. “We can't forget this this Di Matteo," Riina was recorded as saying. “Corleone does not forget,” referring to his hometown.

“We must take measures for you people. Ones that will make you dance the samba,” Riina said of the trial judges in a wiretapped November 16 chat with Lorusso. “Let's organize this thing. Let's make it real big. Because Di Matteo is not leaving. They just gave him more bodyguards. So if possible, an execution like back in the day in Palermo....this prosecutor and this trial are driving me crazy.”

An execution like back in the day in Palermo. The words sent chills down the spines of many Italians who still vividly remember the horrors of Cosa Nostra’s campaign of terror. For Riina those days were the good old days, a time he remembers fondly.

Like July 29, 1983, when magistrate Rocco Chinnici was killed in a brutal car bomb as Riina watched the explosion. Chinnici laid the groundwork for the Maxi Trial against the Sicilian Mafia in 1986, and was a major Antimafia force. Riina saw the magistrate's body fly into the air and fall to the ground. “I had fun thinking about that for a couple of years at least. I messed him up good,” Riina recalled.

And now he’d like to see a couple of new murders. Though Italian authorities are taking the threats extremely seriously, rightly so, one does wonder how much power Riina still wields among Sicily’s Mafiosi.

After his arrest in 1993, he gradually lost his grip on the organization. When Bernardo Provenzano succeeded Riina’s brother-in-law Leoluca Bagarella as new boss of bosses Cosa Nostra turned into an entire new direction in which violence was only used when all other measures had failed. Riina was nothing more than a relic of a chaotic past as Provenzano started rebuilding the Mafia and everyone tried to forget about the days under Riina. 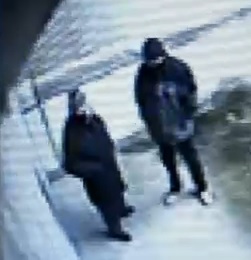 Of course, Provenzano was still the one who had always stood by Riina. The two rose to Mafia prominence side by side. But with Provenzano himself behind bars, and in miserable condition, does Riina have the connections and influence to start up a new war against the State?

An indication that he does not have that influence anymore are his thoughts on Matteo Messina Denaro, the alleged current Cosa Nostra boss of bosses.

“I hate to say this,” Riina begins, “but this Mr. Messina Denaro, this fugitive who acts like he's the boss, doesn't give a shit about us. He dabbles in streetlights, but he'd look a whole lot better if he shone a light up his ass!”

Had Riina reached out to Denaro to try and arrange a few assassinations only to be told “No.” by the younger boss? It would explain why Riina says Denaro “doesn’t give a shit about us.”

Perhaps the 83-year-old Mafia boss is simply venting his anger. The man who once ruled organized crime in Italy now spends his days locked up with only his old war stories. Once the wolf who attacked from the shadows and instilled fear in his enemies, he has now been reduced to a dog who has lost the ability to bite, but can’t stop barking.