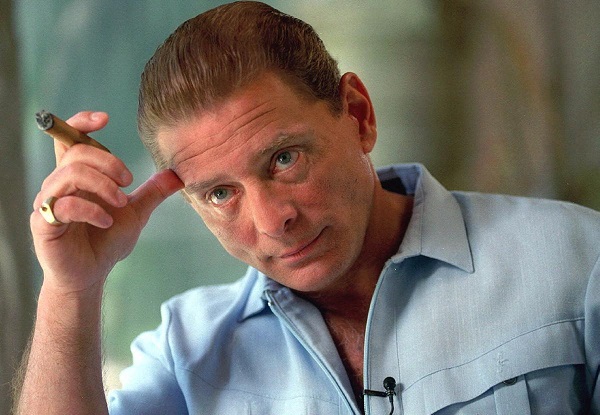 Infamous Mafia turncoat Salvatore “Sammy the Bull” Gravano was released from prison last week. The 72-year-old mobster finished serving a 20-year sentence for running a $500,000-a-week ecstasy-trafficking organization in Arizona while still somewhat in the Witness Protection Program. His story serves as a prime example of the dangers of the government making deals with hardened criminals.

As the underboss of Gambino crime family boss John Gotti, Gravano became a huge force in New York’s underworld. He made millions from construction and had an army of men that had his back.

He achieved this position by siding with Gotti in a power struggle between him and mob leader Paul Castellano. With Gravano’s support, the crime king was shot to death at a crowded street in Manhattan in front of Sparks Steak House. It was a clear example that honor among thieves was a commodity that could easily be exchanged for treachery.

Still, when Gravano, the man known as a bull for his prowess and tenacity as a streetfighter, decided to flip and become a government witness against Gotti, minds were blown. He became the highest-ranking turncoat in the history of the American Mafia and immediately became a media celebrity.

He was on primetime news shows, on the cover of magazines and newspapers. Here was a real-life mobster, the right-hand of notorious John “The Teflon Don” Gotti, New York’s most famous Mafia boss.

The public saw Gravano swearing to tell the truth and nothing but the truth in court as he confessed his involvement in 19 gangland killings, including the hit on boss Paul Castellano with his former pal Gotti, who sat across from him in the courtroom as he pointed his finger at him.

Thanks to Gravano’s testimony, Gotti was found guilty on all charges and sentenced to life in prison. Also thanks to his testimony, Gravano was given a 5-year sentence for his many deadly mob crimes, and walked out of the life a free man with a new lease on a regular life.

Disappearing into the Witness Protection Program in 1994, he was given a new identity and became James Moran. He settled in Tempe, Arizona, where he ran a swimming pool installation company. Instead of being thankful for the second chance, The Bull hated it. He missed the hustle, he missed the respect. He moaned about the many rules he had to follow while in the program and decided to leave it behind.

Fed up with the lack of attention, Gravano also began talking to reporters, resulting in a nationally televised interview with Diane Sawyer and an autobiography titled Underboss: Sammy the Bull Gravano’s Story of Life in the Mafia co-written with author Peter Maas in 1997.

Flashing his new life all over the media, his former colleagues in the Gambino crime family became enraged at such flagrant disrespect. A plot to murder the mob rat was put in motion, only to be stopped by the FBI.

If only the mob had just hung back and showed some patience.

While giving interviews to the media, Gravano had also gotten in the business of selling ecstasy pills to youngsters looking to party in Arizona. His son Gerard, nicknamed “Baby Bull,” had become close to a street gang known as The Devil Dogs, and for a man with Gravano’s gangster pedigree it wasn’t hard to take the reins and turn the operation into a major drug business making half a million dollars a week.

He did so while still close to federal agents, who frequently visited him in Arizona.

After his arrest in February 2000, and his subsequent conviction in 2002, Gravano began serving a 20-year sentence.

While behind bars, Gravano’s daughter Karen became famous herself for her role in the reality television show Mob Wives, depicting women whose husbands, boyfriends, brothers, fathers or sons were part of the Mafia. She once claimed that Donald Trump – then not yet elected president – might pardon her imprisoned father.

Trump never did and Gravano finished up his sentence on September 18. He was welcomed home by Karen, who told the New York Post that her dad was “in good health, great spirits and he’s anxious to move forward with the next phase of his life.”

Ah yes, the next phase. What might that be? Especially seeing that the two previous phases consisted of the Mafia and underworld slayings and street gangs and drug dealing. Now a free man, Gravano can walk the streets among you and I. Such is life one might say, but Gravano’s life was not supposed to be like this. He was supposed to serve life in prison alongside Frank Locascio and John Gotti.

Instead, he got off with 5 years and started up a brand-new criminal organization on the other side of the country. Should the government have seen this coming? Should it have done more to prevent such a fallback?

The government had John Gotti, but wanted to play it safe. Flipping Gravano was its golden ticket. With him by its side they locked him up for good and didn’t look back.

Though Gravano wasn’t the first mob snitch, he definitely was the most high-profile. His actions served as inspiration to countless other mobsters who opted to rat out their brothers-in-crime. The sweetheart deal showed there were perks to ratting and that life in the Witness Protection Program was quite enjoyable out there in sunny Arizona. Since then, the government added two legit Mafia bosses to its stable of witnesses – Philadelphia’s Ralph Natale and New York’s Joseph Massino.

It takes one to catch one, authorities say. They need turncoats to take down the well-oiled and secretive criminal organizations. In the end, it’s for the greater good. They make a deal with the devil to take down ten more devils. In that respect, one can get behind the thinking.

Except that in Gravano’s case they had Gotti dead to rights. They had his own words on tape. They didn’t necessarily need his underboss corroborating everything. They only needed him if they wanted to be sure of a conviction. In doing so they made a deal with one devil and put him loose on the streets of Arizona where he trafficked narcotics to youths.

Gravano’s story serves as a reminder that for all its usefulness, there remain dangers when making deals with stone-cold gangsters. After a life of crime it’s hard to make a U-turn and become a law-abiding citizen. Gravano couldn’t do it. And for that he serves as the poster boy for the price of success and especially the dangers of using and setting free one devil to catch a few more.