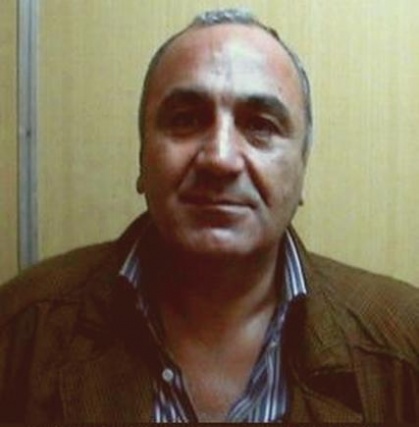 In July last year Russian police used a dramatic helicopter raid to detain dozens of reputed crime bosses known as “thieves-in-law,” gathered on a yacht at a reservoir outside Moscow. Some of them attempted to flee from police and jumped overboard, but the water was too cold for swimming that day and the criminals preferred to return to the captured craft. The Russian news media covered showed scenes of commandos marching the handcuffed gangsters single file to waiting buses. Most of the more than three dozen suspected gang leaders detained in the raid were later released because of a lack of evidence. Among those detained, according to media reports, was Tariel Oniani, an ethnic Georgian with a reputation as one of the most powerful crime bosses in the Soviet Union.

Some speculated that Tariel Oniani, had organized the meeting to discuss a conflict with a rival crime boss, Aslan Usoyan. The dispute could develop into a bloody conflict reminiscent of the gang wars of the 1990s. Usoyan gathered his supporters, including Vyacheslav Ivankov, known as Yaponchik, for a May 2 meeting in Krasnodar, newspaper Kommersant reported. In an interview with a local newspaper, Aslan Usoyan denied rumors of impending violence. “We are peaceful people and don’t bother anybody,” he said. “We are for peace, in order to prevent lawlessness.” In fact the thieves-in-law have been linked to numerous murders in the post-Soviet period. Authorities have accused them of ordering contract killings and carrying out kidnappings and innumerable financial crimes.

Tariel Oniani was born in the miner’s town of Tkibuli in 1952. His father died in a mine. Tariel was first convicted of robbery and theft at the age of 17. He served the total of 8 terms in prison, An influential “thief-in-law” in the Moscow of the 1980s, he moved to Paris in the 1990s and later to Spain, when criminal charges were brought against him in France. He ran a construction business on the Mediterranean coast, apparently employing an illegal Georgian work force and investing in real estate for money-laundering purposes. After the police failed to arrest Oniani in Spain in the summer of 2005, an international warrant was issued against him. The Spanish police undertook a large-scale operation but he managed to escape. They conducted some 50 searches in Barcelona, Alicante, and at the resorts of Marbella and Torremolinos where offices of Tariel Oniani’s companies were situated. In September of 2005, hardly three months after the operation, intelligence services were alerted that Oriani had issued an order to assassinate the ones in charge of the investigation, the judge and the public prosecutor. 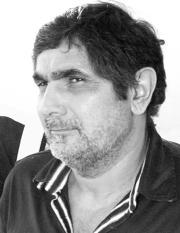 Months later, in May, Oniani’s business partner Zakhar Knyazevich Kalashov (photo right), the man considered to be the leader of the Russian mafia in Spain, was arrested in Dubai. Knyazevich well known as Shakro Junior arrived on the Costa Blanca at the end of the 1990s, then later spent time on the Costa del Sol and in Cataluña. The criminals had established a network of bars and restaurant chains on Spain's Mediterranean coast, and also trafficked luxury cars to launder money from criminal activities in the former Soviet Union. Knyazevich who was brought back onto Spanish soil on board a military aircraft, fled Spain, when 28 members of his organisation were arrested, and 800 bank accounts were frozen. Several international arrest warrants have been issued for the man linked to killings and drug trafficking. In november 2006 Spanish police arrested nine other gang members including Ukrainian national Oleg Vorontsov, a former advisor to ex-president Boris Yeltsin, who led the crime ring after the arrest of Knyazevich.

“I knew this man [Tariel Oniani]. I met him in Paris a long time ago,” businessman Alimzhan Tokhtakhunov told Kommersant “I would not say he’s a bad man. He is a businessman with good connections. I think this is a provocation, the same as was directed at me. You see, it’s summer in Europe now. It’s dead boring there in summer, and they need to amuse people, their voters, and, at the same time, show they earn the voters’ salt."

In the last 15 years the thieves-in-law have spread around the world, from Moscow to Madrid to Berlin and Brooklyn. They are involved in everything from petty theft to billion-dollar money laundering schemes, while also acting as unofficial jurists among conflicting Russian criminal factions. When the Soviet Union fell, they emerged from the broken country’s peripheries to exploit the legal chaos. By all accounts, they infiltrated the top political and economic circles.