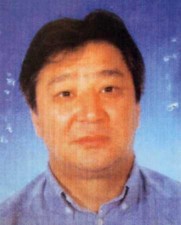 By David Amoruso
Posted in 2002

In Moscow, Tokhtakhounov started managing a football team during the day and playing cards at night he also joined the Izmaylovo Organized Crime group. For the communistic times Tokhtakhounov made good money playing cards. During the vacation Tokhtakhounov went to the resort town of Sochi where he scammed tourists out of their card money. Things went good for Tokhtakhounov he was earning a nice living with his criminal activities and had given up his manager job at the football club and was now a criminal full time. In 1972 this proved to be a mistake. Tokhtakhounov was arrested for nothing more than being without a job. In communist Russia those arrests were frequent and in 1980 Tokhtakhounov was arrested again on similar charges. During his years with the Izmaylovo Organization Tokhtakhounov mingled with Russian celebreties and athletes. He met all these people while working for the Association XXI Century company, a company owned by the powerful mobster Otari Kvantrishvily. His job in this company was to take care of the debtors who refused to pay. In 1989 Tokhtakhounov decided to leave Russia and planned on setting up business in East Germany. After having spent three years in East Germany Tokhtakhounov found the heat attention from German authorities became too much. People around Tokhtakhounov were getting killed and police questioned him on why that was, Tokhtakhounov didn't know but fearing for his own life left Germany in 1993.

While in France Tokhtakhounov continued his criminal ways and in 1994 was involved, according to French authorities, in a money laundering case involving $70 million dolllars. French police also questioned him in connection with the murder of a Russian man because they believed he had ties to the man behind the murder. After all the questioning Tokhtakhounov had had enough and decided to move again this time to Israel. He didn't stay long though, after a while he moved back to France. Back in France Tokhtakhounov once again mingled with celebrities and athletes and other members of high society. And it paid off. In 1999 Tokhtakhounov was made a knight in the Order of St. Constatine. The ceremony was attended by several reputed Russian Organized Crime figures.

But in 2000 Tokhtakhounov moved yet again, this time to Italy. This time it seemed like a permanent move, he bought houses in Forte dei Marmi, Rome and Milan. In Italy Tokhtakhounov kept a low profile, or so it seemed. His friends say he was very busy trying to get a Russian passport but that was it they say. On July 31 2002 however the truth of what Tokhtakhounov was doing in Italy became clear: He had fixed the Olympic Ice Skating games. On that day, June 31, 2002, Tokhtakhounov was arrested on charges that he fixed the pairs and ice dancing figure skating competitions at the Salt Lake City Olympics. According to the FBI Tokhtakhounov fixed the competition for French couple Marina Anissina and Gwendal Peizerat and made them win by pressuring a Russian juror to vote for them in turn he pressured a French juror to vote for the Russian pair Elena Berezhnaya and Anton Sikharulidze. Tokhtakhounov did this according to the FBI to obtain a French visum. True or not Tokhtakhounov was arrested in Italy and kept there the U.S. has requested that the Italian authorities hand him over but so far it seems Tokhtakhounov will stay put in an Italian prison. If the Ice Skating fix turns out to be true it is yet another example of how far the power of the Russian Mafia reaches.