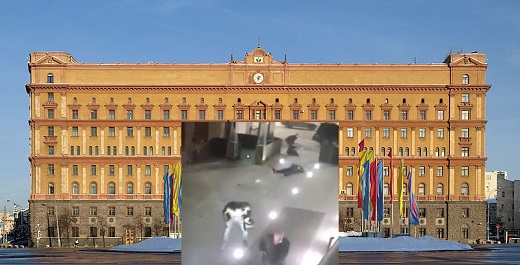 Agents of Russia’s Federal Security Service (FSB) arrested the deputy chief as well as the head of internal security of its Moscow branch yesterday during raids on the offices and homes of several Investigations Committee officials suspected of taking bribes from members of an organized crime group.

Kochuikov was involved in a deadly shooting in December of 2015 at a café in Moscow’s central Rochdelskaya Street that left two people dead and eight wounded - security cam footage below.

“Due to a strange turn of events, the investigator, who was looking into this case, simply forgot to request an arrest extension with the court,” The Moskovsky Komsomolets daily reported. “Security officers however had learned about it beforehand and detained ‘The Italian’ again, right at the entrance to the Matrosskaya Tishina detention center where he had been held. It was rumored back then that Kochuikov’s release was allegedly linked to corrupt officials. It was even said that a sum of $1 million U.S. dollars had been supposedly earmarked to bribe officers of the Investigations Committee Moscow department.”

Kalashov was arrested this month and charged with extorting 8 million rubles ($126,000 dollars) from the same café.

Russian President Vladimir Putin was notified of the ongoing investigation, an FSB spokesperson told the media. One would think that goes without saying, but not in Putin’s Russia. Corruption has engulfed the country and bribery is considered a part of everyday life.

Even Putin himself has been linked to Mafia groups and crime bosses, particularly the Tambovskaya and Taganskaya Mafia groups. Leaders and members of both groups were recently busted in Spain in a million-dollar money laundering case. Investigators there discovered that they maintained good contacts with Russian politicians, particularly with leaders of the United Russia party of Putin.

Interestingly, Kalashov, who was born in Georgia and is seen as one of Russia's most influential criminal bosses involved in the casino business, also spent quite some time in Spain. But due to a major police bust in 2005, he had to leave in a hurry to avoid arrest.

In a country so corrupt it doesn’t matter if a few mob bosses go down and a couple of corrupt investigators are caught. The system itself continues. With Vladimir Putin at the helm it will be business as usual.

That is, if you know the right people, of course.