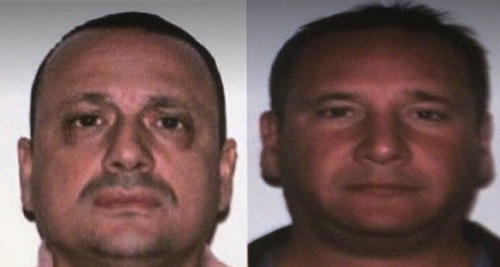 Stefano Sollecito was granted bail yesterday after a Superior Court judge ruled he could not receive adequate treatment for his cancer in prison. 48-year-old Sollecito is the alleged current leader of the Montreal Mafia and is facing serious drug trafficking charges.

His father Rocco Sollecito was shot to death last May by unknown hitmen. Stefano was in prison at the time of his murder and funeral.

While at it, the judge also ruled that Sollecito’s codefendant, Leonardo Rizzuto, should remain behind bars as he awaits trial. Leonardo is the 47-year-old son of deceased Mafia boss Vito Rizzuto, who dominated the Montreal underworld for decades along with his father Nick, who fell victim to a sniper as he sat in the kitchen of his home.

Though granted bail, Sollecito is required to be home 24 hours a day and can only leave for medical reasons, the Montreal Gazette reports.

Sollecito and Rizzuto were rounded up in November of last year and charged with running a massive cocaine trafficking network with Hells Angels and street gangs.