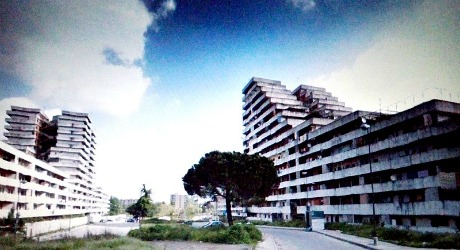 The text and chapters below have been collected and written by Puparo. Any new information is much appreciated and can be left in the comments.

Charlie “Lucky” Luciano in Naples
In 1950 the exiled american Cosa Nostra boss Charlie "Lucky" Luciano settles in Naples and one of his friends is Mario Siniscalchi the camorra boss of Quindici.

Charlie “Lucky” Luciano in Naples
13 November 1950 Luciano gets smacked in the face on the Agnano race track of Naples by Vittorio Nappi. Nappi gets later than his skull cracked by his ex partner Pasquale Simonetti “Pascalone”, Nappi survives.

Michele Nappi killed
Giovanni Pandico became friends with Giorgio Della Pietra (who got convicted of the 3 april 1956 murder of Michele Nappi and got 24 years).

Luigi “the tomb” !!!SORRENTINO!!
US deportee Luigi Sorrentino was in Italy accused of a role in an Italian murdergang. 30 January 1961 dies Luigi “the tomb” Sorrentino (who once escaped the electric chair at Sing Sing prison) of a heart attack in jail in NAPLES (Italy) with his appeal against a life sentence still pending.