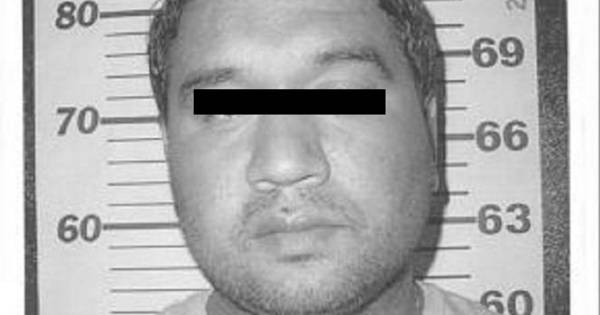 Cetin Gören is a true international operator. As a Dutchman with Turkish roots, he flawlessly moves through the European continent and beyond, organizing massive drug shipments during his travels.

In March of 2007, police in Brazil suspected him of involvement in the smuggling of the party drug ecstasy, along with the Dutchman Eric Adrian Mook, the Libian national Wassin Beyhod, and the Turkish national Mahmet Sait Mavi. Mook was caught with 2.8 kilograms of ecstasy in his luggage and began cooperating with authorities, pointing them towards the other suspects. The drugs were smuggled from Amsterdam in the Netherlands via Frankfurt in Germany to Brazil.

Gören was also the suspected mastermind in the smuggling of 15,000 kilograms of cocaine. The investigation into the shipment took two years and turned into one of the largest investigations of its kind. In October 2012, police seized 8,000 kilos of coke in the port of Antwerp in Belgium. The drugs were hidden inside a container packed with bananas from Ecuador. Police discovered the shipment during an investigation into a corrupt customs agent named Tim Deelen. The name of notorious crime lord Samir Bouyakhrichan was also dropped as one of the gangsters who participated in this piece of business.

Authorities began investigating Gören in April, early May, of 2012, when an informant told the Criminele Inlichtingen Eenheid (Criminal Intelligence Unit) about largescale money laundering and possible possession of a firearm. After some further research, agents found that Gören had a criminal record and had been convicted of possession of a gun, drug possession, being a member of criminal organization, spending fake currency, and fraud.

He was also wanted internationally by authorities in both Brazil and Turkey for his involvement in drug trafficking.

On May 4, 2012, Dutch police raided Gören’s residence in the city of Rotterdam. There, they seized a gun, €900,000 euros in cash, and eight cell phones. This evidence, paired with the story of the informant, led police to start Operation Murdoch, an investigation into Gören’s narcotics empire.

Before and during the investigation, police seized several cocaine shipments connected to Gören. The haul ranged from 35 kilos to over 8,000 kilos per seizure. For instance, on February 25, police in Ecuador seized a total of 3668 kilograms of coke, while cops in Belgium seized 8032 kilos of the drug in Antwerp on October 8, 2012.

On June 24, 2014, then 44-year-old Gören was arrested. Dutch newspaper the Algemeen Dagblad called Gören one of Europe’s biggest drug lords, a man who was on Interpol’s Most Wanted list.

Almost a year after his arrest, a court in Rotterdam allowed Gören to await his trial at home. However, he did have to put down €500,000 euro bail and wear an ankle bracelet. He did as ordered. But when, in November of 2016, Gören heard about a possible 14-year prison sentence, he took off his ankle bracelet and disappeared without a trace.

A court eventually sentenced Gören to 12 years in prison on December 9, 2016. According to the judge, Gören, over a period of two years, was the leader of a criminal organization that trafficked large quantities of cocaine from South America to the Netherlands.

To conceal his illegal activities, Gören bought and founded several fruit companies. He used these companies to buy fruit in South America, among the fruit his men hid large amounts of cocaine.

Gören was also found guilty of falsifying documents - he possessed a Bulgarian driver’s license and identity card – possession of an illegal firearm, and of laundering almost one million euros in illicit proceeds.

The public and media did not hear about Gören’s escape until April 26, 2017, when the news broke that one of Europe’s most prolific and successful drug traffickers had cut his ankle bracelet and become a most wanted fugitive.

UPDATE: On June 30, 2020, police in Turkey arrested Gören in what that country's minister of the interior, Süleyman Soylu, dubbed "the most important anti-narcotics operation in the history of Turkey". Over 60 people were arrested, including Gören, who had been a fugitive for several years.