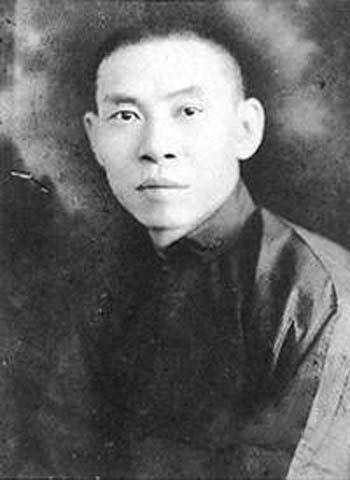 Du Yueh-sheng was one of the most important crime bosses in Shanghai during the 1900s. A man who came up as a tough street kid known for violence and eventually wound up running a string of opium dens throughout the Chinese city.

For obvious reasons, he was given the nickname “Big-eared Du.” Born at the end of the 1880s, Du quickly made his presence known. As a teenager, he became a member of the Red Gang and befriended Huang Chih-jung, also known as “Pockmarked Huang,” who was arguably the most powerful crime boss in Shanghai at the time and heavily involved in the opium trade. After Du helped him get back a stolen package of raw opium, Pockmarked Huang made him his main opium runner. 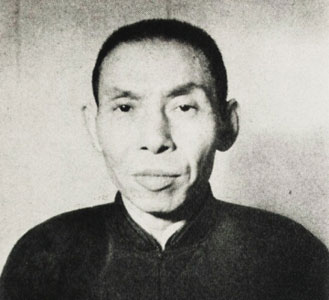 Still only in his late teens, Du had made a fierce reputation for violence as he was known for his involvement in contract killings. When he was 21, Du controlled a large chunk of the opium dens in Shanghai and operated a loansharking business with a clientele consisting of local shopkeepers and rich foreign businessmen.

His success didn’t go by unnoticed. Triad bosses promoted Du to the position of Red Pole. As a Red Pole, he had the total trust of his boss Huang, which he used to his advantage by proposing a plan to combine the opium operations of the three main Shanghai gangs. Those three gangs were Huang’s Red Gang, the Green Gang, and the Blue Gang. Huang saw advantages of each gang operating as one and gave Du permission to go ahead with his plan.

With Huang as his Shan Chu, or boss, Du expanded their criminal empire by incorporating several other Triads and criminal gangs into the Green Gang. As Huang’s deputy, or Fu Shan Chu, Du accumulated enormous wealth. At the age of 30, his personal fortune was estimated to be around $40 million. 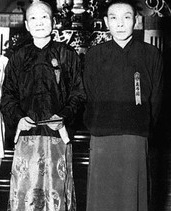 He was connected to criminals and important politicians and businessmen. He either befriended or threatened those he could use to further his criminal business. His most important associate was Chiang Kai-shek. Chiang met Du as a young man and, using Du’s enormous wealth and military strength, would become president of the Republic of China.

As president Chiang returned the favor by appointing Du as government adviser - both men pictured on photo, Du on the right, Chiang on the right. Later he even put him in charge of the National Opium Suppression Committee, which essentially meant Du was policing himself. It goes without saying that Du never placed himself or his underlings in handcuffs.

During the Second World War, Du fled to Hong Kong where he continued running his criminal empire. However, the years of opium use combined with his old age were beginning to weaken his grip. He lived out his final days in exile in Hong Kong where he died on August 16, 1951.