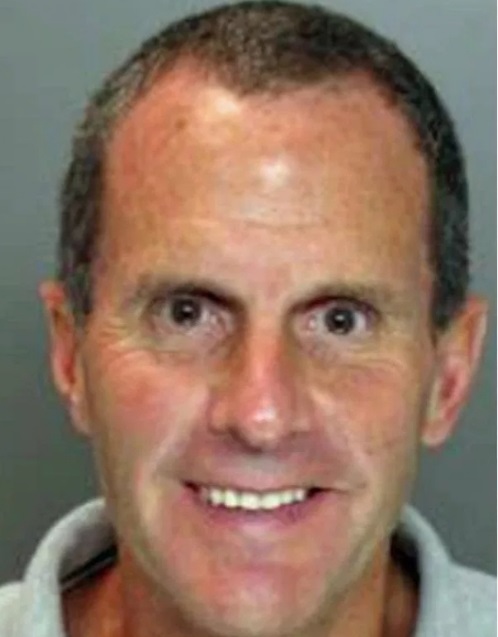 Lucchese crime family boss Michael “Big Mike” DeSantis got to the top of the hill in an unusual way: A letter from his imprisoned-for-life predecessor Vic Amuso. Still, he put in the work and did the time to get the title. Now law enforcement is watching him closely to see what he does with it.

DeSantis made his money from an auto body shop in Brooklyn that he owned and his interests in waste carting firms. He came up in the crew run by “Fat Pete” Chiodo, a likeable but deadly capo who was big as a whale. In the late 1980s, Chiodo received the contract to murder John Morrissey, a business agent for Local 580 of the ornamental ironworkers union. Morrissey had participated in a window replacement scheme in which the New York Mafia stole millions of dollars from the New York City Housing Authority.

Afraid that Morrissey would cooperate with authorities, Lucchese family boss Vittorio Amuso and his underboss Anthony Casso ordered Chiodo and his crew to kill him. They did as they were told and as they dragged out the union boss’ dead corpse, DeSantis was digging a hole with a backhoe. The men threw in the body and covered it up with dirt.

This small piece of work earned DeSantis membership in the Mafia. In November of 1989, the family’s leaders gathered in the basement of Peter Vario’s nephew’s home in Canarsie for the induction of five new soldiers, including Richard Pagliarulo, who had fired the shots that killed Morrissey, and DeSantis.

Though there is little information about which hits DeSantis was involved in, he is alleged to have been a favored hitman for Amuso and Casso. They also tasked him with the murder of acting boss Alphonse D’Arco, who they suspected would become an informant.

D’Arco (right) was lured to a meeting at the Kimberly hotel in Midtown Manhattan on September 19, 1991. As he talked to his fellow mobsters, he quickly realized something was off. The topics of discussion were hardly the material for such a meeting.

When DeSantis joined him and the others, he knew for certain this wasn’t a meeting, but a hit. The pistol bulging from DeSantis back was a big tip-off as well and D’Arco sped out of the hotel room. The next day, he joined Team America and began cooperating with the FBI.

As D’Arco spilled the beans, DeSantis was one of many Lucchese family gangsters that went down. He was sentenced to 21 years in prison. Unlike his intended target, he kept his mouth shut and did his time. He was released from prison on June 28, 2010.

Back on the streets, he now was not only known as a capable killer, but as a stand-up guy, which is the biggest compliment a mobster can receive in this day and age of rats and snitches. It is no wonder then that he was viewed by his colleagues as the right person to lead the family.

A coded letter from the boss

By this time, his former boss, Vittorio Amuso, was serving life behind bars and Matthew Madonna and Steven Crea (right) were running the Luccheses from their headquarters in the Bronx. Several capos based in Brooklyn had enough of the Bronx leadership however and began complaining about Madonna and Crea to the imprisoned-for-life 85-year-old Amuso.

Lucchese family soldier-turned-government witness John Pennisi recounted how the men sent a coded letter to Amuso. “The administration of the family had shifted to The Bronx,” Pennisi testified in court. “There was a crew of guys very loyal to him out here, all Brooklyn guys, [who] wanted to take the family back to Brooklyn. That’s really what this was about.”

From behind bars, Amuso sent a letter back approving the leadership change. He also provided them a hit list in case the current administration refused to step down. “In the event that they balked or they wanted to hold their positions, we would deal with the guys from The Bronx,” Pennisi said.

The letter was enough. Despite being locked up for life, Amuso’s word still was law on the streets of New York. Madonna and Crea gave up their positions and stepped down, clearing the way for Michael DeSantis to become the new boss. He will rule a total of seven crews spread out over the Bronx, Long Island, Manhattan, New Jersey, and, of course, Brooklyn.