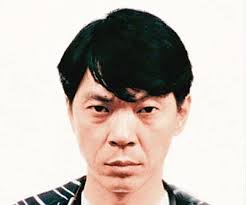 No matter how hard Tong Sang Lai (photo above) ran, his past eventually caught up with him. As a leader of the Shui Fong Triad in Macau he fled to North America after a violent war over the island’s gambling riches drew too much heat. Yesterday, the Federal Court of Appeal in Canada upheld a ruling that he was a Triad boss and therefore inadmissible to Canada.

The ruling yesterday marked the end of a legal battle between Tong Sang Lai and Canadian courts that started in 2011. Though his criminal ties prevent him from staying in the country, his wife and three children are allowed to remain in Vancouver.

In relative safety, one might add. For Tong Sang Lai will return to an island that, though it has changed drastically since his departure in 1996, still harbors plenty of people who have an axe to grind with the runaway crime boss.

When Tong Sang Lai first applied for permanent residence in February 1994 a Triad war was lighting up Macau. The conflict was his main reason for wanting to take his family and flee. It was also the reason things did not move as smooth as he had wished. All the fighting created newspaper headlines and authorities referred his application for enhanced criminal checks, after which he withdrew his application.

Despite his plans to move away from Macau, he apparently held enough sway among the troops. According to a Macau police document Tong Sang Lai was elected as “top leader” of the Shui Fong Triad in 1995. The Shui Fong Triad falls under the larger umbrella of the Wo On Lok Triad group and is involved in gambling, extortion, and prostitution. Tong Sang Lai has always denied being a Triad leader.

The war that was being fought under his reign was primarily about control of the VIP rooms at various Macau casinos. “Police believe on one side of the bloodshed was the Shui Fung, or Water Room gang, headed by Lai. On the other end the Macau branch of 14K, purportedly the second-largest triad in the world, headed by a notorious gangster known as Broken Tooth Koi,” The Canadian Press reported.

In 1996 Tong Sang Lai applied for residency in Canada at the nation’s consulate in Los Angeles, where, amazingly enough, his application was approved without a background check. He arrived in Vancouver on October 20 and moved into a 750,000 dollar luxury home in east Vancouver.

However, if he thought he would be safe in his posh new home, he was wrong. His archenemy Wan Kuok-koi, also known as Broken Tooth, leader of the 14K Triad which had been warring with Tong Sang Lai’s Shui Fong Triad, immediately contacted his associates in Canada and ordered them to hit his longtime foe.

In July 1997, Tong Sang Lai’s Vancouver home was the target of a drive-by shooting.

Interestingly, police caught the whole thing on wiretap. Broken Tooth’s phone was bugged when he asked a Vancouver 14K gangster whether his boss, Simon Kwok Chow, would take a HK$1 million contract to track down and murder Tong Sang Lai.

This in turn gave investigators enough cause to tap Tong Sang Lai’s phone as well. He was heard receiving briefings from Triad underlings on the war in Macau, which was proof of his ongoing role as Triad boss.

Tong Sang Lai survived the drive-by shooting and would remain in Vancouver for seventeen more years. Now he faces deportation. Whether he will survive as long in Macau as he did in Canada is anyone’s guess, but it is certain he will not be relaxing at the local casinos anytime soon.

Especially considering the fact that his arch nemesis Broken Tooth was released from prison in December 2012 and is free to roam Macau just as he was back during their wartime days.