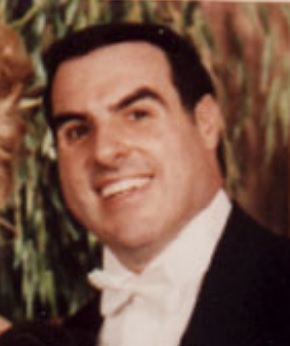 Lucchese crime family captain Richard Pagliarulo came from a mob crew where nicknames were brutally honest. Peter Chiodo, his predecessor as crew leader, was nicknamed Fat Pete, because he was…well…fat. He weighed over 400 pounds. Pagliarulo’s nickname The Toupee came from the fact that he…well… he wore a toupee. As is pretty obvious if you’ve ever seen any photo of the Lucchese wiseguy.

Though his nickname might’ve brought on the urge to ridicule Pagliarulo, one should remember that he was capable of violence. When Lucchese leaders Vic Amuso and Anthony Casso gave Chiodo’s crew the contract to whack union official John Morrissey, Pagliarulo was part of the team of assassins. The Lucchese higher-ups thought Morrissey could be a rat, so they wanted him silenced.

Chiodo lured Morrissey to a secluded housing development in New Jersey. There, he was greeted by three Lucchese hitmen, including Pagliarulo, who had a gun with silencer. “The Toupee” fired the first two shots, but was halted when his gun jammed. Another hitman then finished the job.

We know all of this because “Fat Pete” Chiodo became a government witness in 1991. After he was shot 12 times by Lucchese assassins he decided to take his chances with the FBI. His exit gave way for the rise of Richard Pagliarulo to the top spot. He was now a capo, a crew leader.

There was no time to savor the promotion. As Chiodo began feeding the feds information, the Lucchese family began to crumble. Amuso and Casso began behaving more and more erratic and several Lucchese mobsters jumped ship and joined Team America to testify against their former colleagues to save their own skin.

It wasn’t long before Pagliarulo was in prison, serving a life sentence for racketeering and murder. On January 15, 1999, during a routine interview by a member of the psychological staff at the maximum security prison in Lewisburg, Pennsylvania, he collapsed from a heart attack. At just 50 years old, he was pronounced dead at a community hospital.