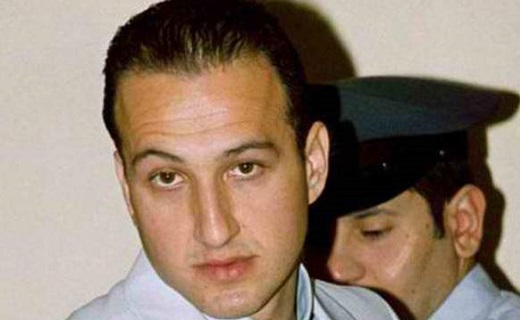 Panagiotis Vlastos was born in Athens, Greece, in 1971. Growing up in Metamorfosi, Vlastos got involved in crime at an early age, committing theft and burglaries. In the 1990s, he and another gangster named Kostas Nastoulis were fighting a gangland war against each other. In 1994, Vlastos murdered Yerasimos Nastoulis, a brother of Kostas, and Dimitros Spinos, one of Kostas Nastoulis’ underlings.

In the years that followed two of Vlastos’ brothers were killed. His brother Kostas was shot to death by police, while his brother Markos – who himself was not involved in the criminal business - was presumably murdered by henchmen of Kostas Nastoulis.

After being arrested and convicted Vlastos was sent to prison in June of 1998. He continued running his criminal enterprise from behind bars where he was accompanied by four to eight other inmates serving as bodyguards at all times. He ran an extortion racket and loansharking operation. Nightclubs had to pay him for “protection.” If club owners refused to pay, he bombed their establishments with explosives.

He was released from prison in 2007, but quickly ran in trouble with the law again after he had shot a shop owner who refused to pay him his extortion fee. Back in prison, he partnered up with crime bosses Vassilis Stefanakos and Ioannis Skaftouros even though they continued to operate independently, they cooperated on many issues and even exchanged men for various jobs.

Between 2005 and 2009 Vlastos’ war with Kostas Nastoulis flared up once again. Both sides took casualties, among them Aristidis Lakiotis in 2005, Yiannis Gavakis in 2006, Aristotelis Yiayias and Vasilis Nasipian in 2007 and Yiorgos Anagnostopoulos in 2009.

The partnership between Vlastos, Stefanakos and Skaftouros remained stable throughout and after this period. All three crime bosses were even thought to be responsible for the attack on the home of Judge Kalaïtzi, who presided over a case involved the three men in which they were charged with the kidnapping of the wealthy businessman Periklis Panagopoulos. The three gangsters were also alleged to have bombed the home of the warden of the prison they were housed in and the home of a prosecutor.

On February 2013, 43-year-old Vlastos tried to escape from a prison again – it was to be his fourth attempt. A helicopter with four passengers – two armed – appeared above the prison. A rope was thrown down which would be used to pull Vlastos up. The crew used Kalashnikovs to keep guards at a distance. In total, they fired over 500 rounds of ammo. A gunfight erupted between the guards and gangsters during which Vlastos was shot in the leg by one of the prison guards. Vlastos then fell down three-and-a-half meters.

Whether he was tired of battling authorities is unknown, but on March 9, 2015, Vlastos caved and pleaded guilty in multiple criminal cases against him. He admitted his involvement in kidnappings, bomb attacks, and extortion.