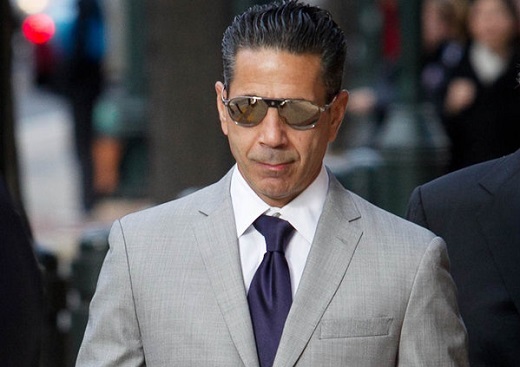 Try as they might, the feds can’t keep Philadelphia mob boss Joseph Merlino down. The man nicknamed “Skinny Joey” was one of over forty wiseguys from five different Mafia families hit with racketeering conspiracy charges last year. Confronted with serious jail time, prosecutors hoped to break Merlino and get him to plead guilty for a lesser sentence, but he’s having none of it.

According to a Gang Land News column by longtime Philadelphia mob reporter George Anastasia, Merlino will plead not guilty in Manhattan Federal Court and take his case to trial instead. It’s an attitude we’ve come to expect from Merlino, but one that still speaks volumes about the Philly Mafia boss’ mindset.

Released from prison in 2011 after serving over a decade behind bars on racketeering charges, Merlino looked to retire from “the life” and settle in Florida. He went into the restaurant business and enjoyed the sunshine.

But according to prosecutors Merlino did no such thing. Instead, they claim, he ran several illegal gambling operations, including one that utilized a company named Costa Rican International Sportsbook. They also claim he was involved in a $157 million-dollar health care fraud in which he, together with various other mobsters, got corrupt doctors to issue unnecessary and excessive prescriptions for expensive compound cream that were then billed to insurers.

Much of the evidence against Merlino comes from Mafia turncoat John “JR” Rubeo, who wore a wire on his friends and colleagues. However, since the indictment came down, several others have joined the prosecution in return for leniency.

Apparently, that doesn’t faze Merlino. He will see them all in court. Though he may seem overconfident, he does actually have reason to. Because “… the handling of recordings made by the cooperator and the lack of supervision while Rubeo was on the streets in Florida have raised serious questions about whether the feds would be able to use much of that evidence in court,” George Anastasia writes. Two FBI agents even face disciplinary action because of how they handled Rubeo, Gang Land News reported.

With that in mind, going to trial doesn’t seem like such a long shot. But even if it was indeed a long shot, the odds are that “Skinny Joey” would’ve met them head on all the same.