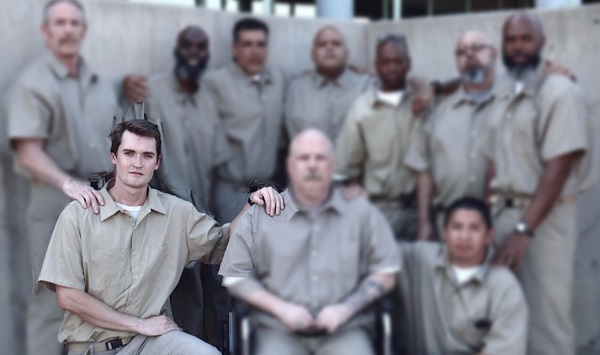 By Niko Vorobyov for Gangsters Inc.

Ross Ulbricht, or Rossman to his pals, was born in 1984 in Austin, Texas, where he smoked plenty of dope before going to study physics at the University of Dallas, then science and engineering at Penn State where he met his on-off girlfriend Julia Vie. But Ross got bored and started taking an interest in libertarian economics. After coming across bitcoin, he had the idea of building an underground site where users could by anything, anonymously. Total freedom. Like an illegal version of eBay or Amazon, between 2011-2013 the Silk Road sold an estimated billion dollars’ worth of meth, heroin, hash, blow, skunk, uppers, downers, pills, powder, Xanax, fentanyl, OxyContin, PCP, DMT and LSD, while Ross earned commission on each sale. Ross needed to expand his workforce so he hired Curtis Green aka Chronicpain, a Mormon from Utah, to help with customer service. Ross could be a strict boss but treated employees well, fronting Green money for a poker game.

Anyone moving that type of weight attracts attention from the authorities. The multi-agency Silk Road Task Force included FBI cybercrime specialists, former hacktivists from Anonymous, and one Carl Mark Force IV, a DEA agent from Baltimore more used to chasing down corner boys and kicking in doors than internet crime busts. Force went deep cover behind his keyboard, posing as Dominican drug dealer ‘Nob’. Ross refused his offers to buy the site out or move up, but eventually began confiding in him.

Ross may have taken the whole freedom thing too far. When Green told him the way things were going, children could buy heroin, Ross replied, “THAT’S MY WHOLE IDEA!”

One of the drawbacks of working in an illegal business is you can’t take your employees to court for ratting you out to the feds. Instead, you’ve got to call Luigi and the boys to go to work with a pair of pliers and a blowtorch, then chop up the body and feed the leftovers to your pet alligator. Ross heard about the bust and, rightly suspecting Green would work for the feds, put a hit out on him through Nob. Force set up a photoshoot to make it look like Green had been tortured then strangled to death and sent the photos to Ross.

Ross Ulbricht was a clever guy, an ideologically-driven free marketeer who took a (perhaps rightful) stance against the war on drugs. But like Walter White in Breaking Bad, he took a dark turn and ordered the murder of a snitch in his ranks (although of course, no-one actually died). Then he made some amateur screw-ups.

The FBI traced his IP address to a server in Iceland and from there, managed to trace his last known login to a café in San Francisco. They tracked him down to his house in San Fran where he was interrogated by Homeland Security but politely refused to answer their questions. The agents only confiscated his fake IDs. Spooked by the raid, Ulbricht moved house. By this time, he was a multimillionaire, but none of his housemates knew he was a bigtime drug lord. He never even used a phone; his only real property was his laptop and a set of African drums.

Running Silk Road was becoming increasingly stressful, and as well as facing down rival sites Ross was being extorted by hackers to the tune of fifty grand a week. He asked one user, Redandwhite, who claimed to be in the Hell’s Angels biker gang, to ‘take care’ of the extortionists. Ross paid $150k for the hit.

Almost all the purported hitmen you can find on the dark web are scams. Hiring an assassin is a risky venture in itself. But in the Mafia (or gold diggers out for their better half’s life insurance) there’s usually a personal or professional relationship between the two parties that leads to the third party’s death. On the internet, you’re paying a total stranger who’s got no reason to actually go through with the hit. Why not just take the money then ghost when asked why the target’s still breathing? Unless they know who you are, they’ve got no reason to trust you’ll hold up your end of the bargain, either. Still, there’ll always be idiots who fall for it. Such was the case with Besa Mafia, an infamous murder-for-hire site minus the murder.

With no evidence he’d killed anyone, the faux-Angel somehow fleeced Ross for another half-million then disappeared. Meanwhile, IRS taxman Gary Alford scoured Google for clues and came across a forum post asking how to operate an illegal market using bitcoins. That post gave away Ross’s email, which let the agents track his new IP address in San Francisco. They grabbed him in a public library on October 2nd 2013 as he was downloading an episode of Breaking Bad.

“I don’t suppose $20 million can get me out of this?” Ross asked as he was led away. 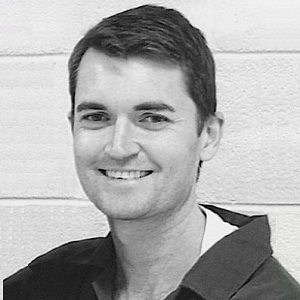 Ulbricht’s (right) now serving life without parole in a maximum-security prison for money laundering, hacking and narcotics, which is unfair considering even the prosecutor admitted none of the slayings he’d ordered had actually occurred. Even Charles Manson, who led cultists into a bloodbath in order to spark a race war, got a hearing every few years. The government also withheld that DEA agent Mark Force, who faked Chronicpain’s murder, was himself sentenced to 6½ years for money laundering, obstruction of justice and extortion while working the Silk Road case. You could argue Ross caused death indirectly by the drugs he sold on his site, but that’s like blaming a liquor store for drunk driving accidents.

If anything, he’d helped make the drug world a little less dangerous. Not only did the eBay-style review system let customers know exactly what they’re buying (lessening risk of overdose), but the offline drugs business is built on violence. For example, one of the most feared cartels in Mexico is Los Zetas. Los Zetas began as mercenaries for the Gulf Cartel, Mexico’s oldest organized crime group which started out rum-running during the 1930s Prohibition. Founded in the late nineties by one Osiel Cárdenas aka ‘Friend Killer’, who earned this title by killing his best friend, the Zetas recruited Mexican army deserters and policemen trained by US and Israeli special forces (the private sector’s a lot more rewarding). But the Zetas soon turned on their masters, expanding their recruitment drive to teenage gangsters; sending them to paramilitary training camps in the vein of ISIS or al-Qaeda where they’d be schooled in the fine arts of decapitation and torture.

But over the years, technology helped make the drug trade a little safer. One reason why the crack wars in America fizzled out in the 1990s was the arrival of cellphones. In the 80s you had to head over to the corner of such-and-such street to purchase a pair of invigorating crack rocks. But modern telecommunications meant you could set up a meeting with your dealer anytime, and they didn’t have to stand around in one place all day waiting for the five-o to show up. That made the concept of hanging onto a physical territory obsolete (or less important, anyway). With the internet, the need for territory on the retail side ought to disappear entirely.

While the FBI and DEA were busy hunting for Ross another darknet drugs market was emerging thousands of miles away. RAMP, the Russian Anonymous Marketplace, had quietly changed the dope game in the former Soviet bloc. Now neither buyer, seller, nor the dealers themselves need to know each other: everything is done via a series of dead drops in out-of-the-way places, like a park or the woods.

RAMP mostly handled the classics – weed, heroin, cocaine – while Hydra dealt with synthetics such as spice and mephedrone. At some point in the mid-2010s, RAMP decided it wanted in on Hydra’s synth-party. It’s hard to get an exact record of what goes one in the murky world of Russian hackers, but a long, investigative report published last year by Lenta.ru seems to give us a good idea: Hydra and RAMP took their turf war to cyberspace, using mercenary hackers to launch DDoS (Distributed Denial of Service) attacks to overload each other’s servers. When the proverbial smoke cleared in 2017, Hydra was the last site left standing and is now the single preferred go-to store for druggies all across Russia as all of RAMP’s dealers migrated to its’ platform. The way Hydra’s managed to so effectively take over and monopolize the business would make any Mexican cartel leader cream his pants. And not a shot had to be fired.

In October 2018 a teenage assassin shot dead detective Evgeniya Shishkina outside her home near Moscow in a hit allegedly ordered by a dark web drug kingpin, 28-year-old hacker Yaroslav Sumbayev. According to a report in BBC Russian, Sumbayev had been a fugitive since 2015, when detective Shishkina got on his tail for a scam involving train tickets. Shishkina had a reputation for being one of the few cops who wouldn’t take a bribe. Sumbayev fled to the Balkans, then Turkey, and then onto Georgia (Georgia as in the birthplace of Stalin, not the American state), around which time he began operating the Hydra shop Los Zetas under the pseudonym Miguel Morales, shipping coke from Latin America. But he never forgot his nemesis Shishkina, the woman who drove him out of Russia. In January 2018 Shishkina’s car was set on fire. She refused close protection – having a pair of beefy young men follow her around each day would drive her husband crazy.

Several months later, 19-year-old student Abdulaziz Abdulazizov accepted an offer to carry out a hit from a friend who’d been browsing the Hydra forums looking for work. As we’ve seen, normally these kinds of offers are more Catfish than Codename 47. But this was the real deal: Sumbayev allegedly promised a million rubles (around $16k) for the job. Abdulazizov received instructions to pick up a pistol and ammo hidden in a Moscow suburb before ambushing Shishkina outside her house. The detective spotted the young man coming and knocked him to the ground, but he managed to let off a shot hitting her in the neck. But the bumbling assassin was traced by his escape route on Yandex Taxi (the Russian equivalent of Uber) and five months later, he was arrested. Sumbayev was extradited from Georgia last year and is now being held as a prime suspect in Shishkina’s murder.

If Sumbayev is found guilty, it would be the first murder-for-hire plot carried out on the dark web on record. However, this seems to be the exception, not the rule. For the most part, the cyber-dopeworld is non-violent. Unlike the real Los Zetas, this wasn’t a turf war killing, nor was it authorized by Hydra — just one vengeful outlaw, acting on his own.

Niko Vorobyov is a government-certified (convicted) drug dealer turned writer and author of the book Dopeworld, about the international drug trade. You can follow him @Lemmiwinks_III