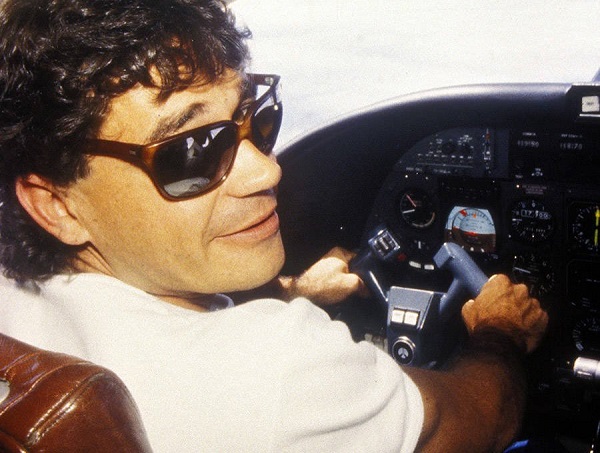 Imagine getting off work and landing your cocaine-filled plane on a secluded island smack in the middle of a clear blue ocean. Immediately you’re surrounded by gorgeous naked women ready to serve your every whim and handed a cold alcoholic beverage to ease your mind. Welcome to Norman’s Cay, the private isle of drug lord Carlos Lehder, the Medellin Cartel’s most profitable trafficker.

Located 210 miles off the Florida coast, Norman's Cay is one of the smallest islands that are part of the Bahamas archipelago. With a total length of just over 4 miles, the isle offered one landing strip for propeller planes, a small marina for yachts and sailboats, a clubhouse, a hotel and several cabanas for a relaxing holiday. The island was usually inhabited by American tourists. That changed in 1978, when a man by the name of Carlos Lehder Rivas (photo above) arrived on the tropical getaway.

Born in the Colombian city of Armenia on September 7, 1949, to a German engineer and a Colombian beauty queen, Lehder moved to the United States when he was a teenager. There, he began hanging with gangs and dealing drugs.

By 1972, he had racked up several arrests. His crimes began simple – joyriding and stealing cars – and quickly evolved into trafficking marijuana. With his language skills and contacts in Colombia and the United States, Lehder proved to be a perfect drug broker. Though he was skillful, he couldn’t evade the law. In 1974, he was arrested with over 100 kilos of marijuana and sentenced to 4 years behind bars. Being in prison is like going to college for enterprising criminals. They go in with hopes and dreams and come out with new skills and contacts to help them achieve their underworld goals. They spend years discussing where they messed up, what they should’ve done, and how they could do it better next time.

Things were no different for Lehder who got acquainted with fellow drug trafficker George Jung while both men were doing time in Danbury prison in Connecticut. Jung had revolutionized smuggling Mexican weed by using airplanes to traffic it across the U.S. border. When Jung and Lehder were released for prison in 1975, they decided to up the ante and begin smuggling cocaine via the sky.

At first this method was done the way it continues to be done to this day: by using drug mules. There is no shortage of people who find themselves painted in a corner and in desperate need of cash. For the right price they have no problem taking a huge risk by packing drugs on their body or in their luggage. Lehder used the girlfriends of an associate of his. They hid the cocaine in their suitcases and took a scheduled flight to Miami where the drugs were distributed further to contacts of Jung.

Still, this was nowhere near the kind of numbers Lehders hoped to move. For that he needed a helping hand from someone higher up the food chain. Someone like Pablo Escobar.

After his release from Danbury prison, Lehder was deported back to Colombia. He started an auto shop in Medellin which he doubled as a front for his narcotics trafficking activities. One day in 1976, one of the city’s most powerful individuals walked into his business. Pablo Escobar was looking to buy an American car. Knowing of Escobar’s reputation as one of the country’s biggest narco kingpins, Lehder proposed a partnership. It was exactly what Lehder’s career had needed. With Escobar’s product and backing, Lehder sought out a pilot with an airplane who could fly cocaine from Colombia to the United States. He found one in Barry Kane, a rich lawyer who lived a wild playboy lifestyle and liked the adventure.

The route took Kane from the United States to Nassau in the Bahamas where he would refuel before flying to one of Pablo Escobar’s estates. There 250 kilograms of cocaine were loaded onto the plane. Kane then flew back to Nassau to refuel and on to a private landing strip somewhere in South Carolina where the cargo was successfully offloaded. 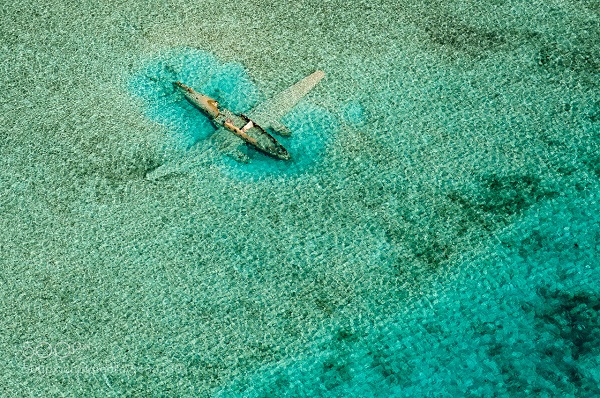 Photo: Crashed plane off the coast of Norman's Cay

Lehder realized the transit point in the Bahamas was key to this cocaine pipeline and was eager to position himself as a dominant player in it. After visiting several of the islands in the Bahamas, Lehder’s eyes fell on Norman’s Cay. It checked all of Lehder’s boxes. It had a landing strip, no police force, and almost no one lived on the island except for around 50 vacationers.

He quickly put his hard-earned narco dollars at work and began buying up property on the island. First, he bought a large estate for $190,000 dollars, then he snatched up 80 acres of land on the eastern and western tips of the island for around $1 million dollars. This latest buy made him the owner of the landing strip, the marina, the hotel, and the clubhouse.

He shut everything down and applied for building permits to expand the landing strip and marina. The hotel no longer accepted guests, no yachts or boats were allowed to enter the marina and the landing strip was closed. He then began getting rid of the people still living on Norman’s Cay. He offered them money or began bullying until they packed up their bags and left.

Owning the island with armed guards and Doberman dogs

By 1978 he was the de facto owner of his personal private island in the Bahamas. Armed security guards walked around looking for intruders, as did dozens of Doberman Pincher dogs. Any sailing boat or yacht coming to close to Norman’s Cay was confronted with a low circling helicopter warning its captain to steer clear of the island.

While some people were kept out, others were welcomed in. Builders expanded the landing strip and created residences for smugglers and workers. Everything was prepared for the coming and going of thousands of kilograms of cocaine. Pretty soon Cessnas, Pipers Navajo, and Turbo Commanders were flying in with their precious cargo.

Its pilots were offered all the comforts of home and more. Booze, sex, and drugs were part of the stay at Norman’s Cay. Not always the smartest pastime for a pilot tasked with smuggling millions of dollars’ worth of product but boys will be boys. The only law on the island was the one laid down by Carlos Lehder and he had few to none.

Pablo Escobar and other leaders of the Medellin Cartel also came to Norman’s Cay to see what all the fuss was about. Lehder showed them around and finally achieved his goal of becoming one of the world’s premier narco kingpins.

The inevitable downfall of a drug kingpin

As is custom with most of these rags to riches underworld tales, Lehder’s did not stop at the top. The DEA began cracking down on his criminal empire and though Lehder had corrupted enough officials to stay out of prison, the heat was seriously hindering his operations on Norman’s Cay. In September of 1981, he left his private fiefdom for good.

By then it was already too late. The media jumped on the story of a drug lord buying an island in the Bahamas and corrupting the region’s public officials to traffic copious amounts of cocaine from South America to the United States. Lehder became a famous name and the DEA pounced on him. 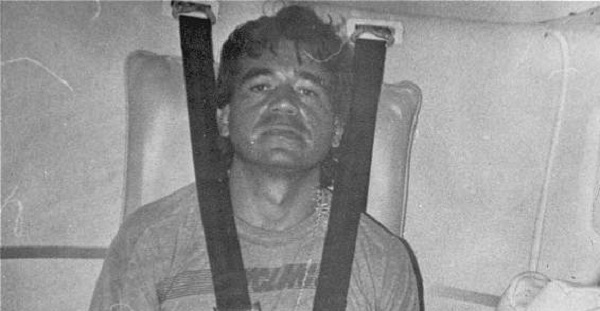 After that he slowly fell in stature. His dominant position in the drug trade had evaporated. It also didn’t help that he began using his own product. With the DEA on his tail, he went on the run, but was caught. In 1987 he was extradited to the United States, where he was tried and sentenced to life without parole, plus 135 years.

Faced with death behind bars, Lehder flipped and began sharing information about the Medellin Cartel and other drug trafficking schemes. In 1992 his testimony against Manuel Noriega earned him a sentence reduction. He remains behind bars, though reports have surfaced about his imminent release.

35 years after Lehder left Norman’s Cay behind, entrepreneur Billy McFarland and rap superstar Ja Rule planned to host a music festival on the island. Surrounded by supermodels, influencers and a film crew, the pair set out to showing what living the dream was like and offering those at home a taste – for the right price. Posting a glamorous video to Instagram, McFarland and Ja Rule announced the coming of an exclusive music festival held at Norman’s Cay, “the island that once belonged to Pablo Escobar,” they claimed. There would be luxury cabanas, yachts, and tents and celebrity chefs would cook your food. Day tickets sold from $500 to $1,500 dollars, and VIP packages for $12,000.

Influencers like Kendall Jenner and Emily Ratajkowski were paid up to $250,000 to share the video on their accounts and social media went wild! Other influencers and rich kids had found the newest thing to have and put down cold, hard cash to experience the once-in-a-lifetime festival that would offer the perfect opportunities for much-liked selfies.

What they didn’t know at the time was that the whole thing was a sham. After mentioning Pablo Escobar in their promotional videos, McFarland and Ja Rule were kicked off the island and barred from using it as their location. They then settled on a regular island – far from the remote and secluded paradise they continued to promote.

Little by little the whole sham fell apart as both those involved in organizing and those hoping to enjoy the music found out the truth. The first day of the festival erupted in chaos as attendees crashed into reality and found themselves on an island without water and food or decent sleeping accommodations.

The entire fiasco can currently be viewed in a new Netflix documentary titled Fyre: The Greatest Party That Never Happened. Organizer McFarland was sentenced to 6 years in prison and ordered to forfeit $26 million dollars for wire fraud on October 11 of last year.

For some reason, Norman’s Cay just can’t seem to shake its reputation for lawlessness. Perhaps it should raise the pirate flag to keep nosy visitors out so it can go back to becoming the peaceful holiday paradise it once was before Cocaine Cowboys and millennial hipsters took things over.