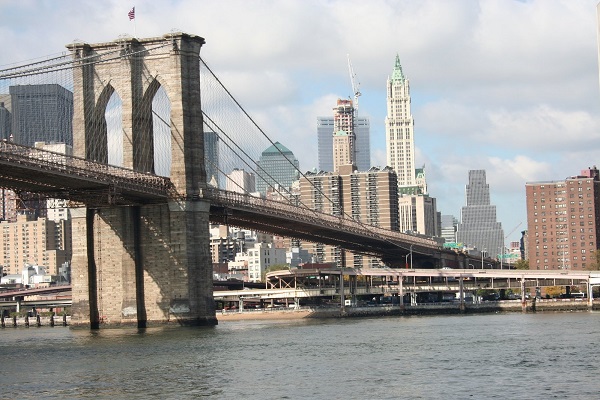 Alleged New York Mafia associate Paul Ragusa was sentenced to 6 years in prison on Tuesday for possessing nine firearms, including three automatic assault rifles and a silencer. 48-year-old Ragusa was busted in Operation OTremens, a joint investigation which unearthed a partnership between Mafia families in New York City and Hamilton, Canada.

The crew was led by brothers Domenico Paolo Violi and Giuseppe Violi, grandsons of the late Giacomo Luppino, who was known to be a founding member of the crimine, a governing body for members of the ’Ndrangheta.

At the same time as authorities in Canada began their investigation into Mafia activities, the FBI in New York conducted a parallel, but separate investigation into members of the city’s Bonanno and Gambino crime families. Chief among them Damiano Zummo, an acting captain in the Bonanno family, and Paul Semplice, a member of the Gambino family. Paul Ragusa also popped up on the radar as a man working for both the Bonanno and the Gambino crime families.

The two investigations were linked when one of the defendants sponsored a man secretly working confidential informant to become a full-fledged member of the Bonanno crime family and as part of the investigation, law enforcement secretly video- and audio-recorded the induction ceremony, which occurred in Canada.

Stick an ice pick through his head

Surrounded by snitches it is impossible to get away with anything without law enforcement knowing about it. So authorities not only knew about Ragusa’s meetings with a cooperating witness between July and October of 2017, but were listening in as well.

During one such conversation, Ragusa agreed to commit a murder-for-hire, stating that he did not need a gun, because he would stick an “ice pick” through the victim’s head. On October 25, 2017, the witness asked Ragusa if he knew anyone who could transport firearms. Ragusa responded, “Yeah, me! I’ll do it!”

When the eager Ragusa showed up for the job on November 2, 2017, he was met by an undercover FBI agent who drove him to a warehouse in Nassau County, where Ragusa packed nine firearms, including two AK-47 assault rifles and one M16 rifle, into a large bag. Ragusa and the agent drove to a parking lot in Queens, where Ragusa loaded the firearms into a waiting undercover FBI vehicle.

For his hard work Ragusa was paid $2,000 in cash. Unbeknownst to him, the firearms were the property of the FBI and had been rendered inoperable.

Faced with overwhelming evidence, Ragusa pleaded guilty to the firearms charge in October 2018, and will have plenty of time to reevaluate his career decisions.