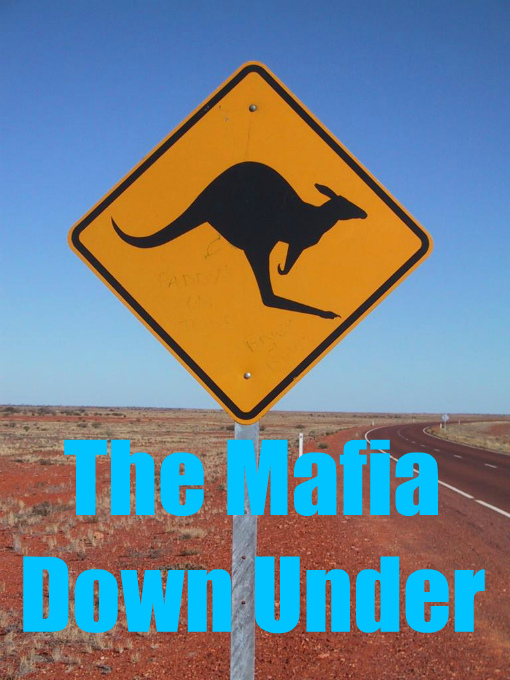 In part 4 of his series on organized crime in Australia, Steven Ralph details the bloody war fought between members of the same ‘Ndrangheta cell in Melbourne in the 1960s. A fight for control over rackets, and revenge.

“Muratore family;
I do rite this letter in English as I want your kids to read your roten old man robed my father in the market. You did live good with money you robed of us in a good house when we are poor through you and we work hard. Take your kid in Calabria when you was poor and living like a dirty rat when you had nothing and were poor to go back to Calabria and live like a dirty criminal. But no go in the market and rob like your father did from a poor family like us
Signed, One whose family was robed by you”

Over decades, Calabrian criminals had built up and ruled over extortion rackets based in the Queen Victoria Markets of Melbourne, Victoria. As such, before Domenico “The Pope” Italiano and his sotto capo and enforcer Antonio ‘The Toad’ Barbaro were even buried (both dying of natural causes in 1962), their market interests had been absorbed by their fellow mobsters. Hence, the ‘leadership’ void in their Melbourne based ‘Ndrine would be tenuously filled by Domenico DeMarte. Installed thanks to fellow commission agents and merchants such as Vincenzo Muratore, Michele Scriva, and Liborio Benvenuto (men who had also been close to Italiano) they moved to push DeMarte, another respected member, toward a leadership position. With the support of the majority, DeMarte, yet another extortionist masquerading as a commission agent for the markets, assumed control.

Domenico DeMarte (right) had arrived in Melbourne in 1938 aboard a ship from the Calabrian town of San Remo. In 1945, he, Michele Scriva and another mobster named Domenico Pezzimenti had been arrested over the murder of a well-known Melbourne-based standover man known as Giuseppe “Fat Joe” Versace. According to a police report, Versace had made several unwelcome advances towards the sister of a woman he was living with at the time; a woman with links to Scriva’s family. After being confronted by the men, the report alleged that an argument broke out, whereupon Versace drew a pistol but was subsequently stabbed some ninety times, though Pezzimenti would admit to stabbing Versace only eight times. Astonishingly, in light of the admission, all were acquitted on grounds of self-defence, as Versace was well known for being a violent thug with a predilection for carrying an automatic pistol. Interestingly, despite several murders predating his, Versace’s death is quite often cited as Australia’s first mafia murder.

Even by the time of his recorded involvement in the 1945 attack on Joe Versace, DeMarte was already under the scrutiny of the Victoria Police for his participation in a string of violent attacks, though again, he was always acquitted of any charges. Described in a police report as “…sullen, morose, and violent…”, it was only natural that by the time of Italiano’s death DeMarte was recognised as a player close to the ‘ruling’ family and a likely candidate for leadership. If, however, this order of succession had upset anybody, it was only one man who made his displeasure known.

Vincenzo Angilletta (right) had migrated to Australia in 1951 with a criminal record dating back to 1934, inclusive of arrests for black marketeering, carrying weapons and various assaults. He had been charged with aggravated assault in Italy in 1947, attending court in Catanzaro and receiving a supposed five-year sentence, one which was only partly served. When his record was discovered two years after his entry to the Australia, outrage was palpable; however, by 1955 the Immigration Department had decided to let him stay in the country. He was naturalised in 1961, his occupation listed as gardener/produce grower.

As a midlevel member of the Calabrian cell led by Italiano and a stallholder at the Markets, Angilletta would not only challenge the new hegemony, but also surround himself with a small faction in rivalry to the ‘Ndrine. It is said that they became known amongst the Society as “La Bastarda”, or the Bastard Society, some sources claiming it as containing nearly 300 members at its peak. Butting heads with the cell now being led by DeMarte, an openly defiant Angilletta is reported to have refused to heed orders from the leadership, striking out on his own with extortionate rackets and frauds, and declining to share his income with the rest of the cell. He reportedly also refused to sell his interests in a market venture to the figures designated by DeMarte, instead selling to a Greek family. In response to his defiance, he was continuously issued a string of beatings, culminating in a stabbing, and an apocryphal claim that he was once humiliated by being smeared in animal excrement at the behest of the cell leaders. In response, Angilletta exhibited only further defiance.

Angilletta met his demise during the very early hours of April 4th 1963 when he arrived at the home he shared with his wife and seven children in Northcote, Melbourne. While parking in his driveway he was murdered via two shotgun blasts through the rear car door windows; his wife Maria found him dead in the driver seat with the car still running. His eldest son, only 14-years-old at the time, admitted to police that before they had arrived on the scene he had gone and removed his father’s pistol from the car, later showing investigators where he had hidden it. The murder remains officially unsolved despite full knowledge of the motives and circumstances surrounding.

It was some seven months after his murder when the remaining members of the Angilletta faction (which, by then, consisted chiefly of a number of his relations, including his nephew Francesco Angilletta, his illegitimate son Carmelo Arfuso and his prospective son in law Angelo DeMarte, unrelated to Domenico) attempted to murder DeMarte in retaliation.

Early on the morning of November 26 1963, Domenico DeMarte was blasted with a shotgun while leaving his Chapman Street home in North Melbourne for work at 4am. Seriously wounded by the shot to his back, DeMarte refused to cooperate with investigators at all. Footprints behind a neighbouring fence were discovered, but, as with Angilletta, for the time being no one was arrested for the attack. Effectively put out of action, DeMarte is then said to have retired from his short-lived position as boss of the Melbourne ‘Ndrine. Hence, respected cell member Liborio Benvenuto took control of the leadership position and continued to run the market rackets.

The remaining members of the Angilletta faction continued to operate in defiance, next targeting Vincenzo Muratore (left), named in the Cusack report as the ‘Ndrine’s accountant or moneyman. A fixture at the markets for over twenty years, in some accounts Muratore is painted as a former ally of Angilletta; by the time of Angilletta’s death, however, he was firmly linked to the DeMarte/Benvenuto factions. He is reported to have purchased a .38 calibre pistol in the days following Angilletta’s murder.

At 2.30 am on January 16th 1964, Muratore was reversing down the driveway outside his Avondale Street home in the Melbourne suburb of Hampton, again, on his way to the markets. A shotgun blast from behind the car hit him first in the back; upon losing control of the car he was shot in the face, whereupon he died instantly. This murder, however, was not without its hiccups. A couple who were coming home late after their date had been sitting in their car close by, and were shocked to see a young man fling open their rear door and jump into the back seat. Unaware that a murder had just been committed, the young couple stared in disbelief before ordering him out. After a few nervous seconds the man muttered something and exited their car after another pulled up beside it, this time the actual getaway care. After the man had been driven away in it, the couple heard the wails of Muratore’s wife Filomena, and thus learned of the murder that had just taken place.

Approximately six months later police would charge Carmelo Arfuso with Muratore’s murder, after arresting him for driving with an unlicensed firearm in his car. The aforementioned couple, David Greig and Gillian Grace, would later pick the 21-year-old Arfuso out of a police line-up, citing him as closely resembling the man who had entered their car that night, though they stopped short of positively identifying him. During his subsequent trial for murder, records were produced showing Arfuso had purchased a shotgun a year before the murder, which he had then tried to return to the dealer in the months after. The proprietor of the gun shop, Kenneth Huddleston, testified that Arfuso had purchased SG shotgun cartridges after asking for advice on which ammunition would be most effective for killing large animals such as wild pigs and kangaroos. Police would then confirm in court that it had been SG cartidges that were found to have been used in the murder. Detectives from the Homicide Squad of the Victoria Police would also enter evidence that Arfuso had confessed to the murder in an unsigned statement to them, a charge Arfuso would strenuously deny.

Despite the strength of the supposed confession and a number of reports and investigators conclusively naming him as the attempted killer and killer of DeMarte and Muratore respectively, Arfuso was twice acquitted of all charges. Also cleared by investigators of involvement in both attacks was 23-year-old Angelo DeMarte. It was Angilletta’s nephew Francesco who particularly raised suspicion with his actions though; he had fled for Calabria within a month of the murder of Muratore. Subsequently arrested by the Carabinieri in Plati, he also was said to have confessed to the crimes, though he later claimed the supposed confession had been obtained under severe duress. Following a trial that lasted a year in Italy, Francesco Angilletta was also acquitted of both crimes. Hence, no convictions were ever recorded in the killings that came to be known as the Market Murders.

Following his murder, Muratore’s family received a letter from unnamed persons. Lending credence to the claims made in the Brown, Macera, and Cusack reports of rampant racketeering in the Queen Victoria Markets, the letter admonished the family for Muratore’s crimes, purporting to be a response to his practises of extortion. As for Muratore himself, eventually he would be buried next to “The Pope” Italiano himself. The Muratore family name would continue to be a fixture amongst the Markets and the Society for decades to come.

The murder of Frank Muratore apparently sated the need for vengeance, restoring honour to Angiletta’s family members. With Benvenuto presiding over the fractured cell, it was restored to a tenuous peace. In August of 1964, a number of recognised Calabrian mob leaders were observed by members of the Victorian police force meeting in bush land outside of Mildura. Later reports alleged that the meeting, which ran until 5am (having begun late the night before) had been called in part so Liborio Benvenuto (left) could explain the recent tumult and the reasoning behind his rise. Now firmly established as the undisputed leader of the Melbourne ‘Ndrine, decades would pass before the Society was again pushed out of their shadows, and the Benvenuto family would face their own internecine problems.

For more on Australian organized crime check out our section devoted to Australia.