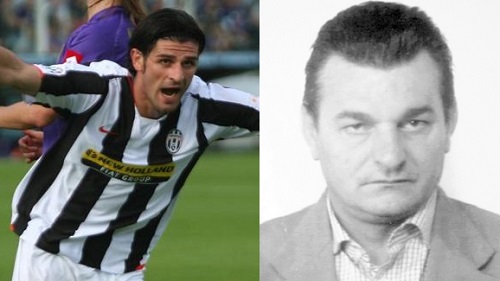 The Calabrian ‘Ndrangheta has become Italy’s most powerful crime group in recent years. With its international cocaine connections it has managed to become a global powerhouse as well. Now, it can even boast it counts a famous football star among its pawns, one who won the 2006 World Cup with Italy.

An ongoing investigation into the ‘Ndrangheta’s activities in the Emilia Romagna region of northern Italy, so far, has resulted in the arrest and indictment of over 140 individuals. Assets, commercial property, and business worth more than €330 million euros were seized as well.

The ‘Ndrangheta has increased its presence in the north of Italy in order to launder and invest its profits from trafficking narcotics. It uses “clean” businessmen who have no criminal record to run their companies and make the investments.

It’s exactly that kind of activity former football player Vincenzo Iaquinta (above photo, left) was busted for earlier this week. As a former striker for clubs Udinese and Juventus and member of the squad that won the 2006 World Cup, he was the perfect man to put up a trustworthy face. 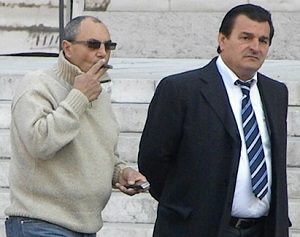 Talk about a fall from grace.

Iaquinta’s father Giuseppe was also arrested. He played a more integral part in the ‘Ndrangheta organization and was charged with the more serious charge of mafia association.

Born in the Calabrian city of Cutro, Vincenzo Iaquinta and his parents moved to Emilia Romagna in the 1980s in search of a better life. After their son became a football super star and World Cup winner that goal was achieved with a big gold exclamation point. Yet their Calabrian roots also made them an easy choice for the ‘Ndrangheta which values Calabrian family bonds greatly.

Exactly how father and son Iaquinta got mixed up in this mess is unclear. The trial is scheduled to begin in March of 2016. Then we will find out what’s what as the pair stand trial together with over 140 codefendants, including Nicolino Grande Aracri (photo left, man on the right), leader of the Grande Aracri ‘Ndrangheta clan.