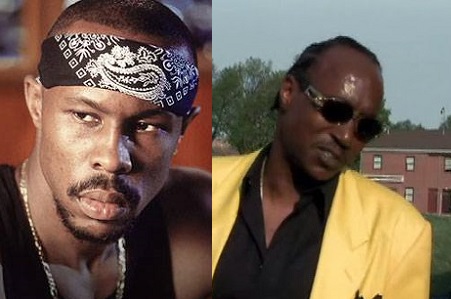 Nathan Barksdale, the Baltimore drug boss who inspired one of the best, if not the best, television series, has died in federal prison, the Baltimore Sun confirmed yesterday. He was 54. Barksdale ran a violent heroin trafficking organization in the Murphy Homes public housing complex in Baltimore in the 1980s.

His criminal career caught the eye of David Simon, who tailor-made it for the HBO television series The Wire. “We mangled street and given names throughout The Wire so that it was a general shout-out to the west-side players,” Simon later said in an interview.

Barksdale met with Simon beforehand and told him, “I said to the man, just don't make me a snitch. Ain't nothing I can do to stop it, just don't do that, and I won't kill your ass.”

Simon didn’t. Avon Barksdale became a television icon and one of the show’s most beloved/hated characters.

Nathan Barksdale’s nickname, however, was “Bodie,” and that was also the name of one of the young Barksdale crew members who eventually did wind up informing on his superiors.

The success of The Wire brought Barksdale plenty of attention and in 2010 he released a DVD about his own life, titled “The Avon Barksdale Story: Legends of the Unwired.” In it, Nathan Barksdale is interviewed by actor Wood Harris, who played the part of Avon Barksdale.

In the documentary, Barksdale talks about growing up in the projects and getting involved in crime. He talks about the time he was shot, saying, “I've been paralyzed, I was temporarily blind. It's horrible being shot.”

But he gave as good as he got. In 1985 he was convicted of torturing three people in an 11th-floor apartment in Murphy Home and sentenced to 15 years in prison. Once out and a minor celebrity thanks to The Wire, he once again got caught up in the drug world and was sentenced to 4 years behind bars.