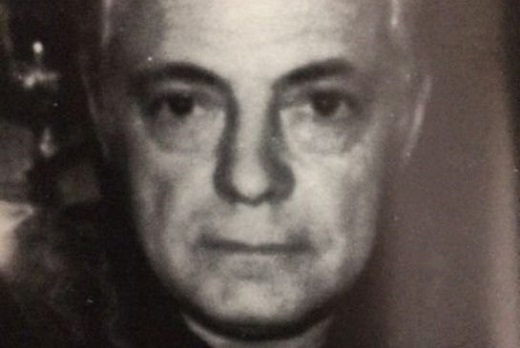 ‘Ndrangheta boss Rocco Zito (photo above) was murdered last Friday inside his modest Toronto residence. Does his death signal the arrival of the new generation of Mafiosi or was it a case of an argument gone deadly? Though these and many other questions remain unanswered, one thing is certain: “The killing of Rocco Zito is the most significant Toronto underworld murder ever to happen since the killing of mob boss Paul Volpe in 1983.”

“Rocco Zito was a character,” mob author James R. Dubro tells Gangsters Inc. “He had been a gangster here for sixty years. I had interviewed him at the house he was shot to death in for a ten-part television series on the Mobs of Toronto. I told him that the cops and the Toronto Sun said he was a major gangster. Standing in his t-shirt at the door of his house on Playfair Ave. with his wife behind him, he shouted ‘Fuck the police!’ Followed by ‘Fuck the Toronto Sun.’ He then slammed the front door on me and my cameraman.”

Though Zito didn’t offer any information, his reaction made for great television in the fall of 1991, and the scene still brings a smile to Dubro’s face.

“It is the end of an era of the older Calabrian families,” Dubro explains. The old time Calabrian families that Zito led. He was a founding member of the Camera de Controllo, a commission that oversaw Toronto’s Calabrian underworld of ‘Ndrangheta clans. Formed in 1962, Zito was one of six original members and by the 1980s became its chairman.

Born in the village of Fiumara, Southern Calabria, in 1929, Zito grew up in a life of crime. His father Domenico was part of the ‘Ndrangheta clan run by his brother, Rocco’s uncle. Upon entering Canada in 1955, Zito was already an official ‘Ndrangheta member.

Once in Canada, he got caught for illegal manufacture of alcohol for which he received a fine. In 1963, the RCMP suspected him of attending a high level meeting Mafia meeting at the home of Giacomo Luppino, father-in-law of Montreal mob boss Paolo Violi. Dozens of Mafiosi, including ranking members of the Magaddino family from Buffalo attended as well. The purpose of the meeting was to set up a network of alcohol stills across Ontario and Québec.

“He was a leader of his own Calabrian Mafia cell that specialized in gambling games and drug trafficking with the Rizzuto family and Sicilian Mafia boss Tomasso Buscetta among others,” Dubro says. “He had developed a close relationship with Montreal Mafia boss Nicolo Rizzuto,” De Champlain adds.

Zito’s status as a mob powerhouse was further emphasized when, in January 1980, he was one of the pallbearers at the funeral of Michele Racco, a very influential ranking figure in the 'Ndrangheta in Toronto at that time.

He was riding high. Until that faithful day in January 1986 when he lost his temper and brutally killed one of his loan shark victims. 60-year-old Toronto photo studio owner Rosario Sciarrino owed Zito money and apparently had talked trash about the powerful mobster.

It turned out to be fatal behavior.

Sciarrino’s body was found frozen and wrapped in garbage bags in the trunk of his car. He had been shot in the head and chest, and suffered a dozen facial fractures during a meeting at a meat company on January 13, 1986.

Police began a manhunt for Zito who had vanished after the murder. Four days later, he showed up at the police precinct. Walking with a limp from a gunshot wound to the leg, he told police that “I, Rocco Zito, was shot on Monday, January 13th, by persons unknown.”

Authorities believed Zito had shot himself to bolster his defense in court. He was eventually sentenced to four and a half years in prison for manslaughter.

Back on the streets, Zito remained a person of influence within the Toronto underworld. Though there is some debate about how active he was in the day-to-day affairs of the local ‘Ndrangheta, he was undoubtedly its most senior and experienced leader.

Something that might’ve also rubbed people the wrong way. “Zito loathed the flash of the modern Mafia, with its ostentatious displays of wealth meant to show power; true respect, he believed, came from ‘honor,’” journalist Adrian Humphreys writes in the National Post. “In the years before he was killed, Zito often dismissed the young mobsters who were pushing and preening north of Toronto as ‘Hollywood.’”

According to Humphreys, “Zito said he disliked hanging out with ‘the people in Hollywood,’ meaning Woodbridge, Ont., where many mobsters now call home, and lampooned them as ‘glamorous,’ according to a source who knew him.’”

Could his comments have been too much for one of these powerful yet oversensitive gangsters? Or did Zito stand in the way of someone’s rise to the top?

“It is quite possible that what is going on now is the beginning of a new era for the 'Ndrangheta in Toronto, similar to what is happening in Montréal,” De Champlain explains. “Through times the Mafia has always evolved through bloodbath to become a new force with a new generation. That is probably occurring now in Toronto.”

Dubro thinks it is still too early to tell what motives are behind the murder. “As for the many newer ‘Ndrangheta groups here now for various reasons – either to escape from enemies or cops in Italy - it's too soon to tell. Hits in the mob are often a first reaction to a problem and quite common, life not being that sacred in Mafia circles.” 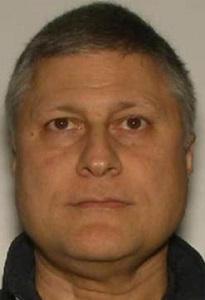 In a puzzling twist, 51-year-old Domenico Scopelliti (photo right), Zito’s son-in-law and himself related to members of organized crime, has turned himself in to police after authorities charged him with first-degree murder charges and started a manhunt. Scopelliti’s motive remains unknown, but some reports are already dropping the term “domestic dispute” to describe what went down that Friday evening.

“It appears to be a family issue - his son-in-law was arrested - and we have no idea yet if any of the Mafia groups (Calabrian ‘Ndrangheta cells or Sicilian groups) had anything to do with the murder or if it is what is euphemistically called a domestic dispute,” Dubro says. “Gangsters and criminals have guns on or near them so often they are used.”

When it comes to guessing why a man like Rocco Zito was murdered, there are many possibilities. “Mobsters like Zito have many enemies with long memories so motives can be complex,” Dubro explains. “Revenge is a major one as in Jacobean revenge tragedies the Mafia is big on revenge and vendettas. Zito is not the first or last major Mafioso to die at the hands of an assassin. The history of the Mafia in Italy and North America is littered with the corpses of mob bosses and even boss of the bosses.”

UPDATE: On Wednesday, September 5, 2018, Scopelliti was sentenced to 10 years in prison for the murder of Zito. Read that story here.