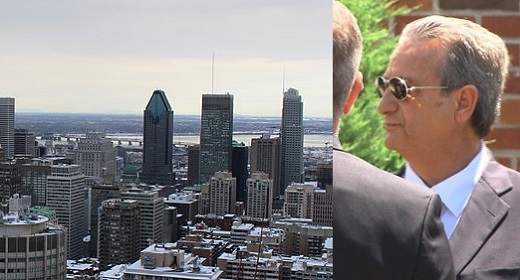 The violence in the Canadian underworld of Montreal has claimed the life of yet another mobster. 65-year-old Vincenzo Spagnolo was shot to death at his home on Saturday evening. Spagnolo was a good friend and close business associate of Vito Rizzuto, who ruled the city’s Mafia before dying of natural causes in 2013.

In their extensive account of the Montreal Mafia titled Mafia Inc., authors André Cédilot and André Noël detail Spagnolo’s longstanding friendship with Rizzuto. “Back in 1988, [Spagnolo] had offered to post $1 million dollars bail for Vito after the seizure of 32 tonnes of hashish […] The judge refused,” they wrote.

Spagnolo owned Buffet Le Mirage, a banquet hall in Saint-Léonard, and was in frequent contact with both Vito and his father Nicolo as well as other members of the Mafia group. In January of 2003, Spagnolo joined Vito Rizzuto and Montreal Mafia members Francesco Arcadi, Joe Di Maulo, Paolo Renda, Giuseppe Triassi, and Domenico Chimienti, on a golfing trip to the Dominican Republic.