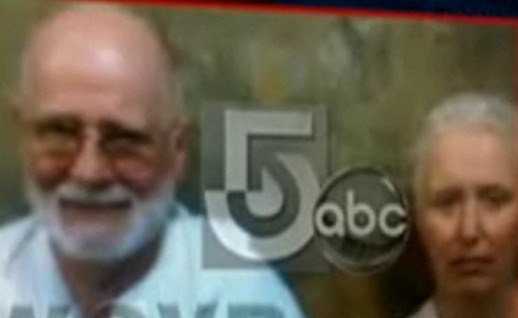 “So we drive west, keep driving till we find a nice little town. These towns out in the desert, you know why they got there? People wanted to get way from somewhere else. The desert's for startin' over.” Quote from the movie 25th Hour

Just an elderly couple enjoying their final years in the warm Californian sun. Nothing out of the ordinary. Who wouldn’t want to spend their senior years in beautiful Santa Monica? Walking hand in hand on Santa Monica Pier, which is “hailed as the oldest pier on the West Coast of the United States.” He always loved history. A stroll on such a pier must have been a highlight for the old man. The ocean wind blowing in his face. The sun beams shining down from heaven. That’s how it must’ve felt to him: heaven. Nothing like the hell he grew up in.

Not that he would share that piece of information with other people. Well, not with anyone but his loving girlfriend. She had been with him for decades. She knew him through and through. By now, there weren’t many things he could keep secret from her. She was twenty years his junior and besides, his story wasn’t exactly a secret. But though people around them probably had heard or read about his story, there was no one who had connected his story to him.

He was very cautious in keeping it that way. Getting in an elevator with other people was always the most difficult part. Avoiding eye contact. Try not to make an impression. Maybe make some small talk. “Nice weather huh?” “Yeah, sure is.” Then get out of the elevator and out of their memory. Be a ghost.

It is the only way to continue life in heaven. Though some people might call it purgatory. Yes, the sun is shining and yes, the food is good. And the air is most definitely fresh and free. But the couple always had to look over their shoulder. Always the fear of losing in one moment what they had built in fifteen years. They could never truly relax and enjoy.

The woman tried. Sometimes she missed talking to a female companion. Being around an Alpha Male day in day out, for decades, left its mark. And besides, what’s wrong with some fun chit chat with the neighbors? They would laugh and have “girl talk”, as her neighbor would later tell reporters. It gave her some time off from the constant pressure and stress. But never more than a couple of minutes. He was always watching and didn’t beat around the bush. “Stop talking to her”, he'd say. It was harsh, but the only way they could survive in this zone between heaven and hell.

And hell was always near. It was in his past and future, and they both knew it. Numerous books had been written about his exploits as a mob boss in the city of Boston. Journalists and (former) gangsters had all taken the time to sit down behind a computer and type down all the dirty deeds they knew he had committed. Robberies, dealing drugs, extortion, torture, murder. The list was endless. And the entire story was out in the open. All his former friends and associates who had not died violently in his company had spilled their guts about his activities. Gossip mixed with cold hard facts.

The only reason he had gotten to where he was now, was because he was smarter. Well, maybe not smarter… He was more devious than his fellow gangsters. More treacherous. Always a step ahead of any intelligent serial killer mobster. Or rat. He was always a step ahead of them too. And God knows rats are the most treacherous species of all.

The combination of it all meant he even outsmarted the cats who had spent millions of dollars and dozens of years hunting him. He had out played law enforcement. He had made the famous FBI look like a dysfunctional mafia family run by corrupt amateurs. While his FBI informant was doing a prison stretch he was enjoying the California sun. C’est la vie. That’s life. 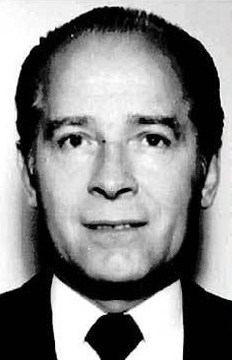 But they never let up, do they. The Feds never rest. Always putting out press releases, putting his young face all over national television. This time they put the focus on his girlfriend. The FBI was getting desperate. The couple had been on the run from authorities for over 15 years. Rumors were floating around that the FBI had killed the runaway crime boss themselves because they were afraid he would open up the entire can of worms if he would ever stand trial.

They hadn’t. Unlike James “Whitey” Bulger the FBI still tends to play by the rules 90 percent of the time. Acting on a tip, members of the Fugitive Task Force came around to Santa Monica to visit the gang boss turned king rat at his home on Wednesday. They slapped the hand cuffs on Bulger (81) and his girlfriend Catherine Elizabeth Greig (60). Inside the residence, they found more than $800,000 in cash, false pieces of identification, 30 firearms, including pistols, rifles and shotguns and several knives. Bulger knew he was not yet in heaven and was apparently prepared to raise hell if people tried to keep him from reaching it.

He will now be taken back to hell. A familiar place he helped shape. In Boston he faces a string of charges, including multiple murders. If his case goes to trial there will be no shortage of familiar faces to testify against him. It will be a scene from an over-the-top mob film. But it will all be real. Heaven, purgatory, hell. Sometimes life itself gives a taste of it all.