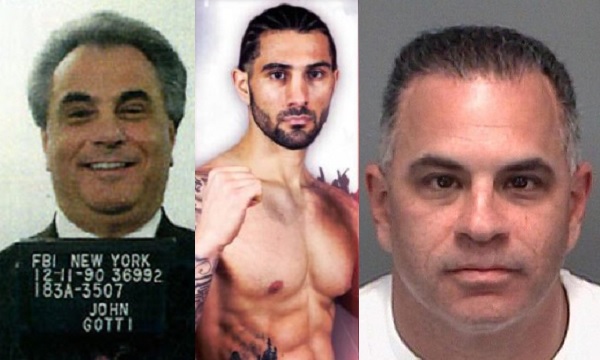 If ever there was a man who did things his way, it was mob boss John Gotti. New York’s Teflon Don took power of one the city’s five crime families by taking out its leader and did it all under the bright lights of the media and the public. He never hid and never backed down. He lived and breathed Cosa Nostra.

He died that way as well. Remaining loyal to omerta, the code of silence, as he served a life sentence for murder and racketeering and slowly rotted away while cancer ate him alive. “The fucking trifecta,” he told his family. “Jaw, throat, and neck cancer. But despite the cut and paste job they’ve done on my face, I’m still standing. Still standing. Still motherfuckering them every turn. Cancer has made my body betray me, but not my mind. Not my heart either. Never happen.”

Frank Sinatra may have sung the song, but Gotti Senior walked the walk.

On the day he would’ve turned 77 years old, last Friday, the name John Gotti was in the bright spotlights again. This time, however, it was his grandson doing the walk as he strode towards the cage for his welterweight Mixed Martial Arts (MMA) fight against Johnny “Wild Child” Adams at CES 46 in Lincoln Falls, Rhode Island.

The match marked his pro debut and made headlines throughout the world. It’s indicative of the star power his family name still holds. From rappers using the name as theirs to add some street cred to their music career to countless books, television series, and an upcoming movie starring John Travolta as the infamous mob boss, Gotti has become a household name from his stomping grounds of Queens, New York, to as far away as Oslo, Norway.

For many it was the first time they were introduced to John Gotti III, the MMA fighter. 24 years old, built like Superman, with a name that will make UFC president Dana White drool for days as he thinks about all the ways he can market this kid.

Of course, as those following the fight game know, Gotti III’s debut did not come easy. Anyone who steps into a ring or octagon has been through hell and back. The life of a fighter is filled with blood, sweat, and tears. For the young Gotti it meant compiling a 5-1 record in the amateur scene of New York. But again, that’s just what the audience gets to see.

What they don’t see? Countless hours spent in the gym. Lifting weights and doing cardio for hours on end, multiple times a day. Countless hours spent training wrestling, Brazilian jiujitsu, and (kick)boxing. Countless rounds of sparring in each of these martial arts against fresh, hungry opponents all trained to take you apart. All of that for months on end. Much of that living on a rigid diet to ensure you make weight safely and your body can continue to do the heavy work. They don’t see the discipline needed to achieve what a fighter needs to achieve.

Another thing the audience might not realize is that Gotti III is not just the grandson of one of the most notorious gangsters in history, but also the son of John Gotti Junior, himself a former New York mob boss who faced his share of struggles and battles with the law resulting in significant time behind bars away from his young son.

Gotti Junior felt the sting of the notoriety that comes with the family name when the government fiercely fought to put him in prison for life. They threw the book at him to try and flip him, make him testify against his mob underlings, but he wouldn’t break and went to court instead. Over a period of five years, prosecutors hit Gotti Junior with four racketeering trials. Each one resulted in a mistrial. After that the son of the Teflon Don had his freedom back for good.

“When my father first came home from prison, fighting was a means for us to bond,” Gotti III said in a prepared statement to the media. “We would watch all the big fights together at home, as well as attending several cards in New Jersey.”

Perhaps they recognized something, seeing the fighters struggle through the ring as they had struggled through the consequences of the life. All of these endured hardships came to a climax on Friday, October 27, at CES 46, as he punched “Wild Child” Adams from within his guard, ground and pounded him so hard that the referee stepped in and ended the fight. Gotti III just won his first professional MMA fight via a TKO in the first round.

“I think now, as I’ve chosen this as a profession, although my father is proud of me, I think he regrets fostering my interest,” Gotti III said in his earlier statement. “I don’t think he ever thought this would be the end result. What father wants to watch his son in this type of environment?”

The violent life of a fighter is a rough one, no doubt. But it is a better one than the deadly and treacherous life of a mobster. As much as you might get punched in the face, it beats getting hit by a bullet in the back of the head or spending years locked up in a tiny cell. That’s something several members of the Gotti family know all too well from personal experience.

For those involved in the world of MMA it will be a sight to behold when they are confronted by the willpower and heart of a Gotti. Those following the Mafia are all very aware of these iron-willed individuals who never back down no matter the consequences. In the Mafia it’s about life and death. In the octagon Gotti III’s opponents will soon realize that.