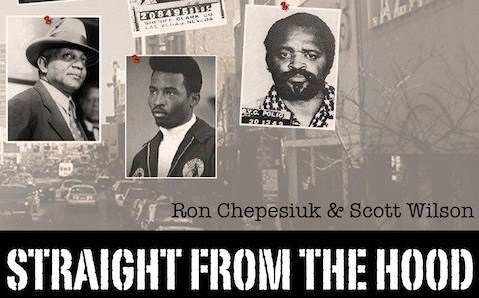 Special to Gangsters Inc.
This is an excerpt from Straight from the Hood: Amazing but True Gangster Tales, a new book by Ron Chepesiuk and Scott Wilson that’s published by Strategic Media Books (www.strategicmediabooks.com).

Michael Harris: A Convicted Drug Kingpin Who Gave One of America’s Most Respected Actors His Start on Broadway

By Ron Chepesiuk and Scott Wilson

The street hustler who wants to go legit is as well worn a cliché as you are likely to find in the annals of criminal lore. It also happens to be based in truth. Many gangsters throughout history have invested money in legitimate businesses. While some do this simply as a money laundering front, others do so with the hopes of finally and completely transitioning over into the straight world. While the instincts that serve one well in the streets rarely work in the “real” world, some gangsters do have legitimate business savvy that can be applied in other areas. The proliferation of the cocaine trade throughout the 1980s gave many enterprising hustlers a chance to finance their dreams. One nearly made it.

Michael Harris was born on September 20th, 1960, on West 46th Street in South Central Los Angeles. He was raised is a single parent household by a hardworking mother. She had two jobs, leaving her with very little time to watch over her son. Michael’s father, who he described as a “wealthy businessman with three families,” left when the he was just five years old. His mother tried hard to make sure that he had a semblance of a normal family life, as well as an alternative to what the increasingly dangerous streets of south central had to offer. She helped to send him to West Los Angeles community college.

Unfortunately, her vision was not to be. This was the turbulent 1960s. Machinations were already underway that would affect Michael’s young adulthood. Racial and economic tensions were reshaping the public consciousness. The civil rights movement was well underway, with the black power movement soon to follow. In the black working class city of Oakland, The Black Panther Party for Self Defense was born. The party would have a profound influence on black youth nationwide, especially in cities along the West Coast. They influenced many ghetto youths to politicize and organize. As the sixties transitioned into the seventies, the Panthers were weakened through infighting and assaults by various government agencies.

Various street gangs in Los Angeles, once inspired by the Panthers, began to step into the void that was left. They became more militaristic and organized their feuds more plentiful and bloody. Soon, pretty much every black gang in L.A. claimed affiliation with either the Bloods or the Crips. While under that banner, they identified with their neighborhood of origin, splitting into various sets or “factions.” Michael Harris became affiliated with a Blood set known as the Bounty Hunters.

In the 1970s, America began a love affair with cocaine. Popularized by the disco scene, cocaine was seen as something of a lavish indulgence, relegated to the rich. In the 1980s, a cheaper, smoke able version known as crack made te drug accessible to the poorer classes. South Central was ground zero for the crack explosion, and Michael Harris was in a position to capitalize. He began selling cocaine with his younger brother David and became what fellow bloods might have referred to as a “Baller,” or a fellow gang member who strikes it rich in the drug trade.

Harris lorded over a drug empire that supplied cocaine to many states across the U.S., including Los Angeles, Texas and New York. He was so adept at moving the product that Columbian suppliers were encouraged to deal with him directly. At age 26, Michael “Harry-O” Harris was a millionaire.

At this point, Harris decided it was time to leave the drug business behind and pursue more legitimate goals. He began to invest in real estate and various businesses. He owned a 20 fleet limousine service, hair salons, an exotic car dealership and a construction company. Harris also seemed to have an affinity for the entertainment industry. He produced a play called Stepping into Tomorrow that featured the daughters of slain black leaders Martin Luther King and Malcolm X, as well as the daughters of Harry Bellafonte and Sidney Poitier. He also produced a Broadway play called Checkmates, which featured Ruby Dee, Paul Winnfield and an up and coming star named Denzel Washington. 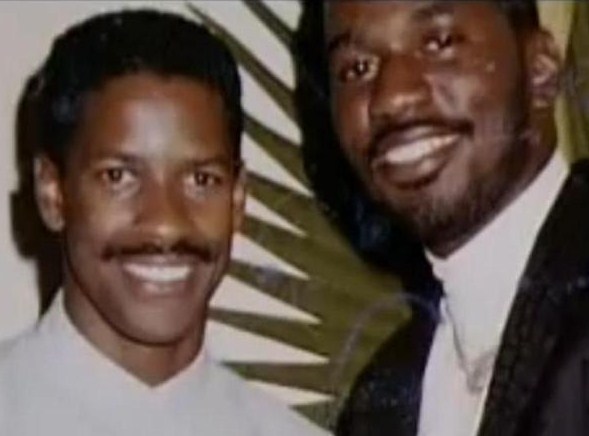 Washington, a native of Mount Vernon, New York, had already developed quite a resume by the time Checkmates premiered on Broadway. He was known for playing Dr. Phillip Chandler on the acclaimed hospital drama St. Elsewhere. He had been nominated for a best actor Oscar for Cry Freedom. Checkmates was his Broadway debut, adding to what had already been shaping up to be a stellar career.

Checkmates was also a landmark in a very different sense. Michael Harris, gang-member and cocaine kingpin, was the first African American to produce a Broadway show. This milestone might have been more celebrated had it not been for his previous occupation. The fact that he was arrested as Checkmates premiered on Broadway certainly didn’t help matters at all.

Harris was charged with narcotics distribution and attempted murder. He was convicted on the attempted murder charge (which has since been recanted) in 1987, and has since been serving a 28-year sentence in San Quinton maximum security prison. His entrepreneurial spirit did not die in prison. In fact, he is probably better known to the public as the man who put up $1.5 million in seed money for a fledgling gangster rap label called Death Row Records. Death Row went on to become one of the most storied and infamous labels in music history. Though Harris was not able to partake in any of the spoils, his wife won a $106 million lawsuit against the label in 2005, sending it into bankruptcy.

Denzel Washington, of course, is now one of the most popular and respected actors in cinema history. He has made a career of roles that present positive and powerful images of black manhood (his Oscar-winning turn in Training Day being a rare exception to that rule). He met Michael Harris through the limousine company that he owned, which is how he ended up scoring the role in Checkmates. It would not be unreasonable to conclude that Denzel had no idea of Michael’s real occupation at the time, since it surely would not have been in his best interest to advertise his status as a major cocaine dealer.

Had Michael Harris been allowed to complete his transition into the entertainment business, there is no telling what he could have accomplished. Perhaps there would have been more productions starring Mr. Washington. Alas, the drug game is not known for allowing an easy exodus. Harris likely knew that going in. He has received parole and is currently awaiting release. Meanwhile, Denzel Washington is likely signing on for a role in another blockbuster and making space on his shelf for another award.

Ron Chepesiuk (www.ronchepesiuk.com) is award winning freelance investigative journalist, documentary producer and Executive Producer and co-host of the Crime Beat radio show www.artistfirst.com/crimebeat.htm/. He is a Fulbright scholar and a consultant to the History Channel's Gangland documentary series. His true crime books include "Drug Lords, Black Gangsters of Chicago, Gangsters of Harlem Gangsters of Miami" and Sergeant Smack: The Lives and Times of Ike Atkinson. Kingpin, and his Band of Brothers.(www.ikeatkinsonkingpin.com)

Scott Wilson is a native of Bronx, NY and a former New York State and Westchester County correction officer. He is a freelance journalist who has done work for publications such as Don Diva Magazine and Hip-Hop Weekly. He currently writes for the website Planet Ill (www.planetill.com), as well as his own blog Scott’s Introspection Section (www.scottsmindfield.com). He has also been interviewed by Rap Entertainment Television (www.rapentertainment.com) for a documentary on former heroin kingpin Leslie “Ike” Atkinson. 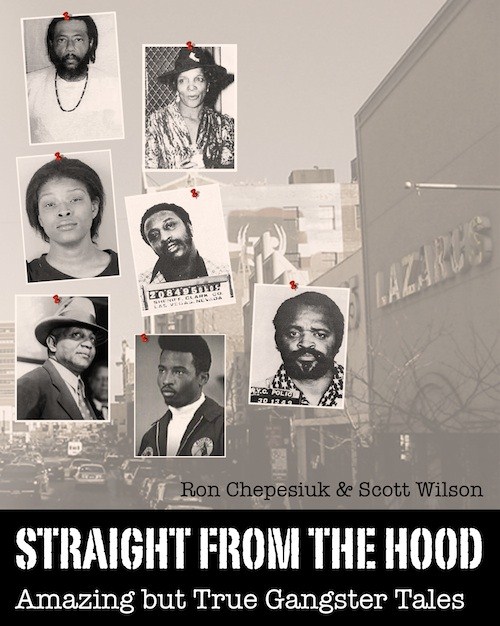