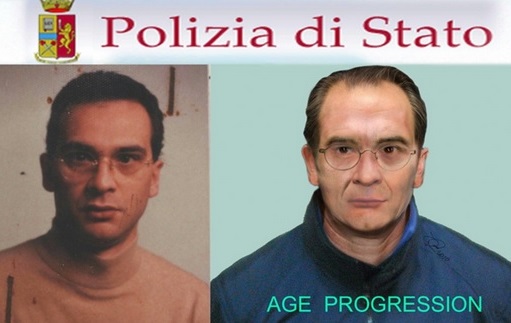 Italian authorities released an updated identikit of Sicilian boss of bosses Matteo Messina Denaro, today. New digitally created images show the 52-year-old mob boss with a little bit more weight, his receding hairline advanced, and without his glasses. The update comes after an informant who had recently met with Messina Denaro had given information about his appearance to police. 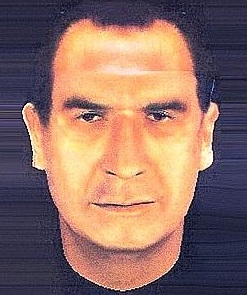 In every available photo of Messina Denaro he can be seen wearing thick spectacles. He needed those due to a serious retina illness. He apparently sought treatment for his illness in Spain where a specialist treated him in the city of Barcelona. The specialist later confirmed the Mafia boss’ grave condition to police, saying he believed that Sicily’s boss of bosses had gone blind in one eye since he last saw him.

It was pentito, or informant, Vincenzo Sinacori who told investigators about Messina Denaro’s trip to Spain. At the clinic the boss provided his true birth date and place of birth, Castelvetrano, but said his name was Matteo Messina, leaving out his second surname, Denaro.

And now a new informant has given police help with identifying what the elusive Mafia boss currently looks like. After being sentenced to life in prison for his role in the 1993 Mafia bombings in Florence, Milan, and Rome, Messina Denaro became a fugitive and has been running his billion dollar criminal empire from the shadows ever since.

Recent arrests have brought down many of his close associates and relatives, but he himself has managed to remain at large. Italian police are confident, however, that they will capture Sicily’s current boss of bosses sooner rather than later.

After the arrest of Cosa Nostra's longtime boss of bosses Bernardo Provenzano there is no Mafioso who is too big or elusive to capture. They can run, they can hide, but eventually the law will burst through the door, guns drawn, and handcuffs at the ready.

Until that day, Messina Denaro continues to do what he has done for the past 21 years. But perhaps he’ll make some slight changes in his appearance. Just to be sure. Digital simulation or not, all it takes is one person to recognize the billionaire gangster and one phone call to the right people. Nothing more.