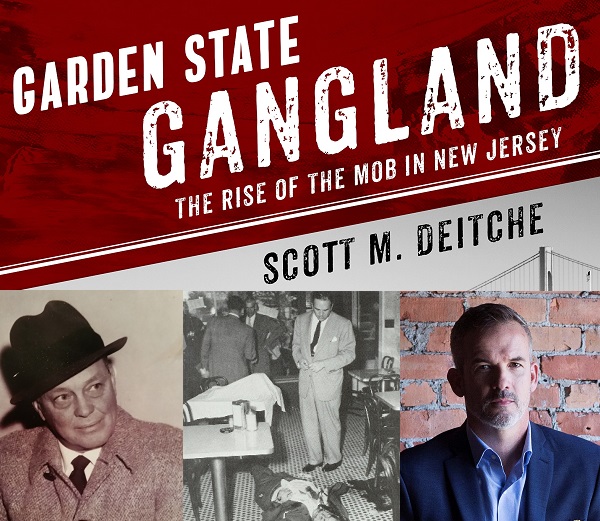 Organized crime in New Jersey goes way back and features some of the most colorful characters and powerhouses one can imagine. Gangsters Inc. sat down with mob author Scott Deitche, who details this rich and violent history in his new book Garden State Gangland: The Rise of the Mob in New Jersey.

It’s based in New Jersey? Why not New York? said pretty much every television critic when The Sopranos aired on HBO. Here was this expensive, well-written Mafia drama and it all took place in Jersey?!

Author Scott Deitche understands the surprise. “New York City is the largest American city and a dynamic center of business, finance, food, culture, and lots of other things,” he says. “It is the center of the single largest metro area in terms of GDP in the country, twice that of the second largest, Los Angeles. The point is that New York City is the big attraction, so New Jersey by the very nature of being next door, sits back a bit. Taking that idea in south New Jersey, the same can be seen with the Philadelphia metro area, where the Jersey suburbs are not the big attraction.”

Though the location of The Sopranos surprised many viewers, to those in the know the scenery couldn’t be more fitting. The state has a long criminal history dating back to the early 1900s when Italian immigrants were preyed upon by fellow countrymen operating under the Black Hand. These men would deliver a letter to their victims – usually wealthy businessmen - and sign it with a print of a black hand. These were simple criminal activities and considered easy money by the extortionists.

When Prohibition arrived, criminal activities became much more sophisticated. All these Black Handers, strikebreakers, gamblers, and hitmen suddenly found an activity that was both respectable and lucrative. With its ports and presence near New York City, New Jersey became an important transit point for shipments of illegal booze, not to mention a favorite holiday destination for both the wealthy gangster and Joe Public.

Rich off alcohol, La Cosa Nostra rose. In New Jersey this meant the founding of the Mafia family that would eventually become known as the DeCavalcante crime family. Much like their base of operations, this family too is overlooked quite a bit.

“The DeCavalcantes, who are a homegrown crime family based in Elizabeth, they naturally can’t compete with the five mob families in New York or even the mob in Philly in terms of how they are viewed,” Deitche admits.

But the state housed more than just the DeCavalcante family. “The New York families had the biggest presence in New Jersey. You had members of all five families operating throughout the state. The Genovese family had the largest presence, followed by the Lucchese family. The Philadelphia mob had a large presence across the Southern half of the state, as well as a lone outpost in the Ironbound section of Newark.” 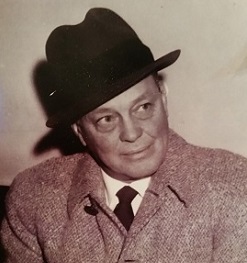 Despite their New York ties, however, many of these Jersey mobsters went unnoticed as well. “Everyone knows New York’s five families and John Gotti and the killing of Paul Castellano. How many people know of Jerry Catena (left) and the killing of Willie Moretti?” Deitche points out.

Catena was among the most powerful figures in America’s gangland history, but remains shrouded in mystery. Deitche: “Yeah, Gerardo - I saw his shorthand name alternately referred to as Gerry or Jerry, I chose Jerry in my book for consistency - Catena is a perfect example of an incredibly influential mob figure who sat well below the radar. He was a figure on the mob scene in New Jersey from the 1930s through the 1980s. He even got to die in his own bed from old age, a rarity. He started as a protégé to Abner “Longy” Zwillman - another interesting mobster - and instead of being all flashy with his money and blowing it all at the track, he invested in a wide array of businesses, including Bally Gaming. In another life he could have been a successful entrepreneur or CEO. He was a quiet powerhouse who guided the Genovese family in New Jersey for decades.”

Talking about Zwillman, Deitche points out that one can still find remnants of his influence in Newark located at the Rivera Hotel - his old headquarters - and the Blue Mirror Lounge, located just up the street.

“Newark has a good concentration of places,” Deitche adds. “The Ironbound/Down Neck section was and is home to old and still active social clubs. There is the old Casablanca Club at 1011 Broad St, which was the scene of a 1950 heroin bust; Charles “The Blade” Tourine’s old tavern at 186 Oliver St. You can also get a great Portuguese meal at Portucale restaurant, site of a Genovese family money laundering operation a few years back.”

But in nearby Elizabeth, the mob’s presence can still be felt as well. “416 Palmer St in Elizabeth is the Ribera Club, an Italian social club that used to, and maybe still does, serve as the headquarters of the DeCavalcante family for years. You can drive by the old Casella’s restaurant in Hoboken, visit old haunts of the Sicilian Gambinos in Cherry Hill, and grab dinner at Chef Vola’s in Atlantic City, a wiseguy hangout.”

The Mob in New Jersey today

The chance of running into a mobster is getting slimmer, but they’re still out there doing their thing, Deitche says. “There is still a small active DeCavalcante family around. It mainly operates out of Elizabeth and nearby areas in New Jersey. There is also supposedly a small ‘crew’ in Toms River. The 2015 arrest of capo Charles “Beeps” Stango in Las Vegas and some associates (including his son Anthony), showed that the family was still active in loansharking, illegal gambling, and drugs. Of note too was that a number of the associates arrested were in their 30s and 40s.”

Still, just as many other mob families in the United States, the one in New Jersey has felt the impact of law enforcement scrutiny. “Being a small crime family, the DeCavalcantes were affected greater by law enforcement activity,” Deitche explains. “Certainly, the big investigations around the turn of the 21st century that netted pretty much the entire hierarchy, was a huge hit to the family’s fortunes. You had a few high-level mobsters become witnesses, including the reputed boss at the time, “Vinny Oceans” Palermo.  In all, over 40 members and associates were arrested during that time.”

The end result of this was that the family’s most recent boss, Francesco Guarraci, stepped into a pizza parlor himself, personally demanding ownership. “It’s almost as if the mob has come full circle back to the early days of low level extortion of shop owners and merchants,” Deitche muses. “It’s really telling, to me, that the family had become so small and ineffective that the boss was doing low level muscle work.”

It’s far cry from the days when the family ruled both business and politics in the area. “Indeed,” says Deitche, “Bayonne Joe Zicarelli had not only cops, lawyers, and judges on his payroll, but also had his tentacles into New Jersey politicians operating in Washington DC. Mafia boss Sam DeCavalcante had relationships with local and state political figures. And the mob controlled the city of Newark through the mayor and police chief.” 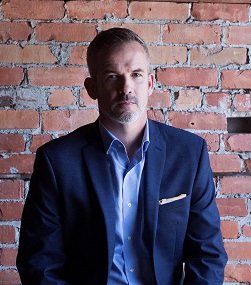 All the details of the corruption and the New Jersey Mafia’s rackets can be found in Deitche’s Garden State Gangland. Through thorough research, both online, but also the old-fashioned way, by going to the city archives in Newark, libraries, visiting primary sources, the seasoned mob writer uncovered some great nuggets of information.

“Another part of my research is ‘place’,” he adds. “I like to go to a place and walk it to get a feel of where the stories came from.” While becoming immersed in the subject of organized crime, years back, Deitche found out the mob could be found much closer to home than he thought: His grandfather was a mob-connected bookmaker who did time.

Deitche, who can be seen in the photo on the right: “He passed away just as I was really getting into the study, so I never got to talk about it much with him. I have heard the stories from other family members and found some information, including his jail intake card at Trenton State prison. He spent about eight months in Trenton and another prison. After his release, he retired from the bookmaking life. I suspect, based on other information, that his partner, the real money behind the operation, may have been tied to the DeCavalcante and Colombo families through an individual named James “Whitey” Danzo. It’s a hypothesis at this point.”

Garden State Gangland: The Rise of the Mob in New Jersey is available online and at bookstores near you. Author Scott Deitche can be found at his personal website and on social media, both Twitter and Facebook. This coming March 15 he will doing an appearance at Las Vegas’ Mob Museum as part of its Wiseguy Speaker Series.