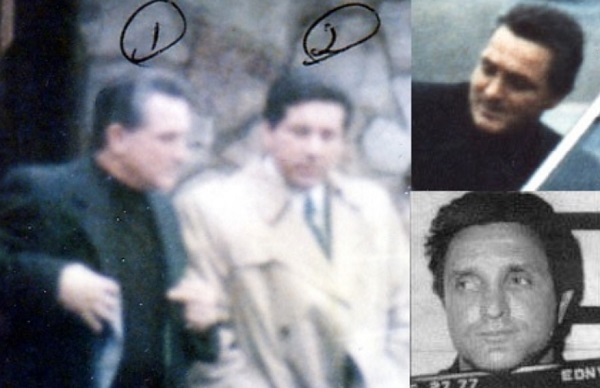 Many question how much power an 85-year-old imprisoned-for-life Mafia boss actually has over his crime family. Mob leader Vic Amuso (above) answered with a letter that said: Total power. From behind bars, he orchestrated the complete rearrangement of the Lucchese family’s leadership.

Vittorio Amuso has been locked up since his arrest in 1991. His reign atop the New York Lucchese crime family was one drenched in blood as he and his underboss, Anthony “Gaspipe” Casso, ordered countless mob murders of underlings they deemed disloyal or a possible snitch.

The boss is the boss

Despite his erratic years as a Mafia boss and a life sentence, his crime family remained firmly under his thumb. This much became clear this week, when Lucchese family mobster-turned-government witness John Pennisi testified that Amuso sent a coded letter from prison ordering the current acting boss Matthew Madonna to step down and be replaced by Michael “Big Mike” DeSantis.

If Madonna refused, Pennisi testified according to Jerry Capeci in Gangland News, [he] had a hit list that included a captain and several members of the family. “We would have killed members of The Bronx crew,” Pennisi told the court.

It didn’t come to that. Madonna, a highly respected figure in the New York Mafia, agreed to step aside. At 83 years old he is no spring chicken himself. Steven Crea, his underboss, agreed to do the same.

Amuso’s letter didn’t come out of nowhere. Several captains were unhappy with the family leadership being centered in the Bronx. Pennisi: “There was a crew of guys very loyal to him out here, all Brooklyn guys, [who] wanted to take the family back to Brooklyn. That’s really what this was about.”

But rather than going ahead and settling matters themselves, these powerful capos needed the approval and order of an imprisoned-for-life 85-year-old. Power is something intangible, but those who have it wield it without effort. And everyone knows and respects it.